Maryland Gov. Larry Hogan signs legislation to enable judges to order people to temporarily give up their firearms if they are found to pose an immediate danger, one of more than 200 bills he signed on Tuesday, April 24, 2018, in Annapolis, Md. Hogan also signed a bill to ban bump stocks, which can increase a semi-automatic rifle's firing rate, as well as a bill to require convicted domestic abusers to surrender guns to law enforcement or a firearms dealer.

Red flag laws and the push for one in Pa., explained

In Maryland, a recent request to remove guns ended with a man's death

Early one November morning, Maryland police officers showed up at the home of Gary J. Willis.

They were there to serve a protective order as well as one of the state’s new extreme-risk protective orders. Willis, 61, would have to temporarily give any guns he had.

After a confrontation, Willis fired a gun, according to police. Then one of the officers shot Willis, killing him.

The Anne Arundel County police chief pointed to the incident as an example that Maryland’s new “red flag” law was working, saying that the situation could have been worse if police had not intervened, according to the Capital Gazette.

At issue is extreme-risk protection orders, which allow the courts to temporarily order someone who is considered at a high risk of committing violence to give up firearms. A number of states have approved the orders, following the Parkland, Florida, mass shooting in February 2018.

In Pennsylvania, some lawmakers are hoping to pass one in the next session.

Here’s what you need to know about the orders.

Police officers, family members or “other loved ones” could ask a court to temporarily restrict access to guns for people who clearly present a danger to themselves or others, according to a memo from state Sen. Tom Killion, R-Delaware County.

Under the proposal, a judge could issue an interim order for up to 10 days. The people who lose their guns would not have an opportunity to defend themselves ahead of those interim orders.

But in order for a judge to issue a final order, all sides would need to have an opportunity to present evidence and testimony. Those final orders could last from three months to one year.

Violating an order would lead to criminal charges.

And to try to prevent people from abusing the system, Killion plans to include criminal penalties for anyone who files a false petition.

What’s the argument for these orders?

What’s the argument against these orders?

Earlier this year, the National Rifle Association opposed an extreme-risk protection order bill in Pennsylvania, saying that “a law-abiding gun owner could lose their right to own or possess a firearm and then have the burden placed on them to prove the false nature of the petition in order to have their firearms returned.”

Across the country, 13 states have approved an extreme risk protective order law or similar measure, according to the Giffords Law Center, which supports the orders. They are:

Some states only allow law enforcement to ask a judge to force someone to relinquish guns, while others also allow family members, household members or certain other people to make the request.

In the next session, it looks like two Republicans will be working together on the issue in the House and Senate: Rep. Todd Stephens, a former prosecutor from Montgomery County, and Killion, who was a leader on a successful effort to increase gun restrictions in domestic violence cases.

Red flag legislation has picked up support beyond the Democratic caucus and the Philly suburbs.

In the last session, two Republicans in the Pittsburgh area, one in Lancaster County and another in Lehigh County signed on as co-sponsors to an extreme-risk protection order bill from then state-Sen. Stewart Greenleaf, R-Montgomery County.

The interactive map shows lawmakers who signed on as co-sponsors of Greenleaf’s bill. Some districts have since flipped from Republican to Democrat. The bill was one of the extreme-risk protection order bills introduced last session — not the only one.

What happened in Maryland 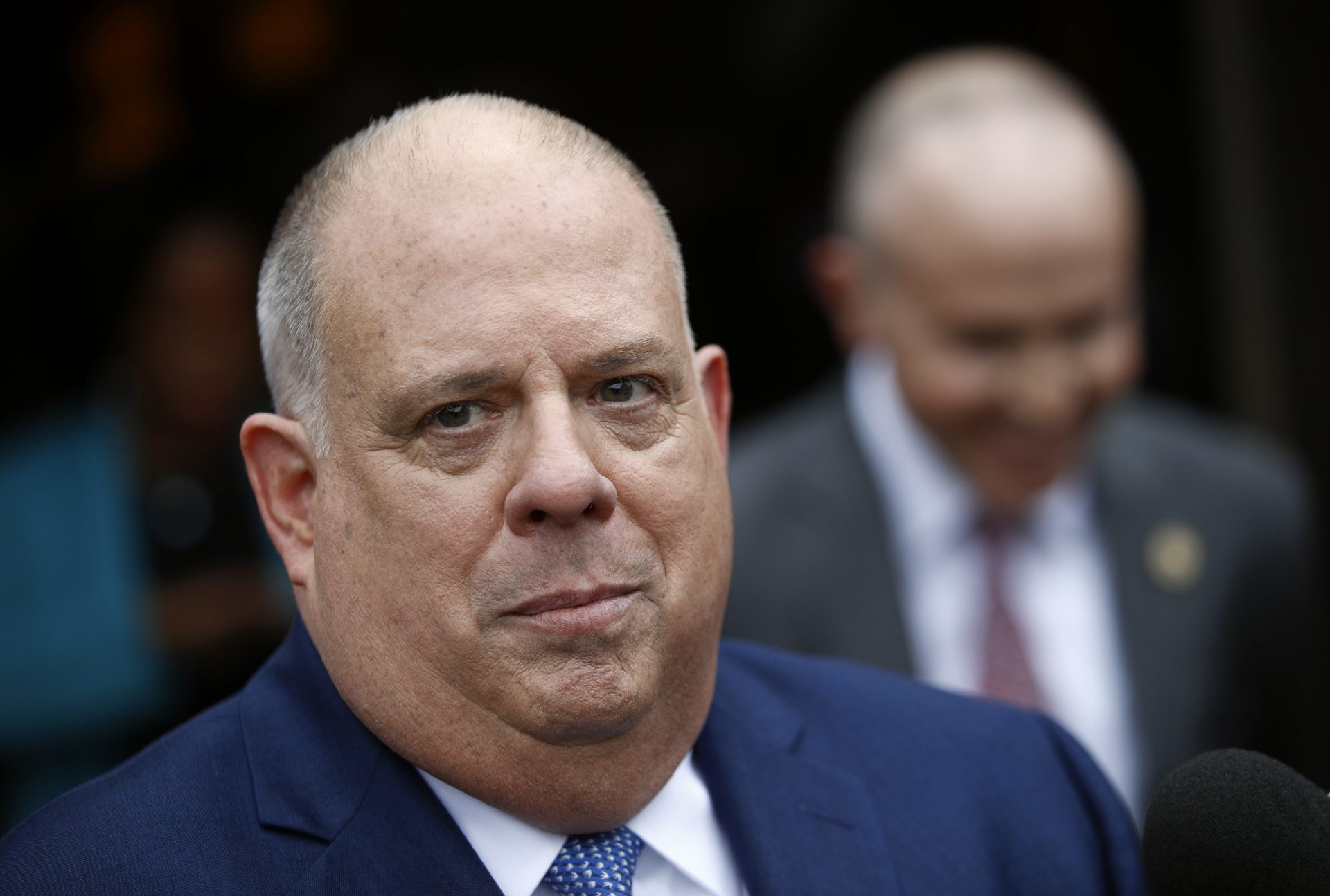 In this Monday, Sept. 24, 2018 file photo, Maryland Gov. Larry Hogan speaks with reporters after participating in a debate with Democratic gubernatorial candidate Ben Jealous, at Maryland Public Television’s studios in Owings Mills, Md. Hogan, who signed new gun-control laws that took effect in October, said he has long been a strong supporter of tougher laws to keep guns out of the hands of people with mental illness and people with a criminal background.

Maryland’s red flag law went into effect on Oct. 1. In the first two months, there were 216 cases, according to Bruce Sherman, an assistant sheriff in Montgomery County, Maryland, which has been reviewing the use of the orders.

Counties that recently had high-profile mass shootings in Maryland ranked high for the number of extreme risk protection order cases.

“It’s a very useful tool for law enforcement. …And it’s a tool that is really long needed,” Sherman said.

In the second month, one of the requests ended with the death of Willis. Here’s how the Anne Arundel County Police Department described what happened:

Willis answered the door holding a gun. He then placed it next to the door. When officers began to serve him with an order, he became irate, opened the door to the home and grabbed the gun.

One of the officers attempted to take the gun away from him, and Willis fired it. The second officer then shot and killed Willis.

The officers were not injured.

“If you look at this morning’s outcome, it’s tough for us to say, ‘Well, what did we prevent?’ ” he said. “Because we don’t know what we prevented or could’ve prevented. What would’ve happened if we didn’t go there at 5 a.m.?”

A woman who identified herself as Willis’ niece told The Baltimore Sun that her uncle “likes to speak his mind,” but wouldn’t hurt anybody. The news organization reported that the Maryland Judiciary declined a request to release orders related to Willis’ home, citing access restrictions in the law.

In Pennsylvania, Killion said the Willis case should have no impact on efforts here.

“While tragic, this incident in no way diminishes the need for a red flag law in Pennsylvania,” Killion said in a statement. 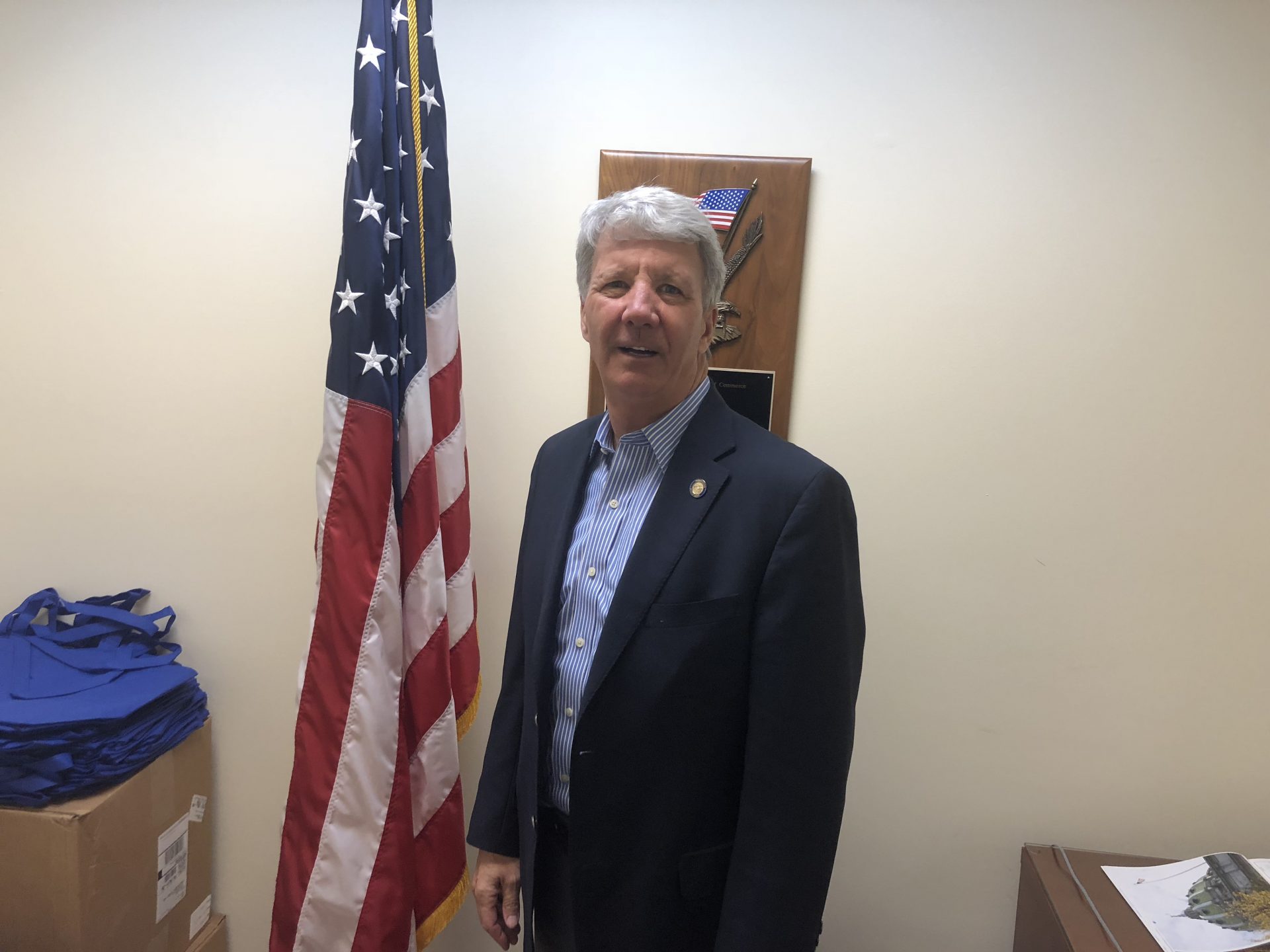 State Sen. Tom Killion, a Republican from Delaware County, is up for re-election in 2020. He is seen here in his Brookhaven district office on Wednesday Nov. 28, 2018.

“Someone who’s willing to pull a gun on two police officers is certainly a threat to public safety,” Stephens said. “And the law properly identified him as such.”

Democratic Gov. Tom Wolf, who was recently re-elected to a second term, has also urged lawmakers to create an emergency order to keep guns away from dangerous people.

On Friday, Wolf joined Pittsburgh officials as they announced local gun measures they want to pass, including one to create an extreme-risk protection order. The Pittsburgh legislation is expected to be introduced Tuesday, followed by public hearings, then a vote in February, according to the Pittsburgh Post-Gazette.

At the state level, the new legislative session begins in January.

We’ll update this page throughout the session with updates and analysis.