Stories we followed in 2018: Redistricting

Pa. got a new map, but the process of drawing the lines remains. Some will try to change that 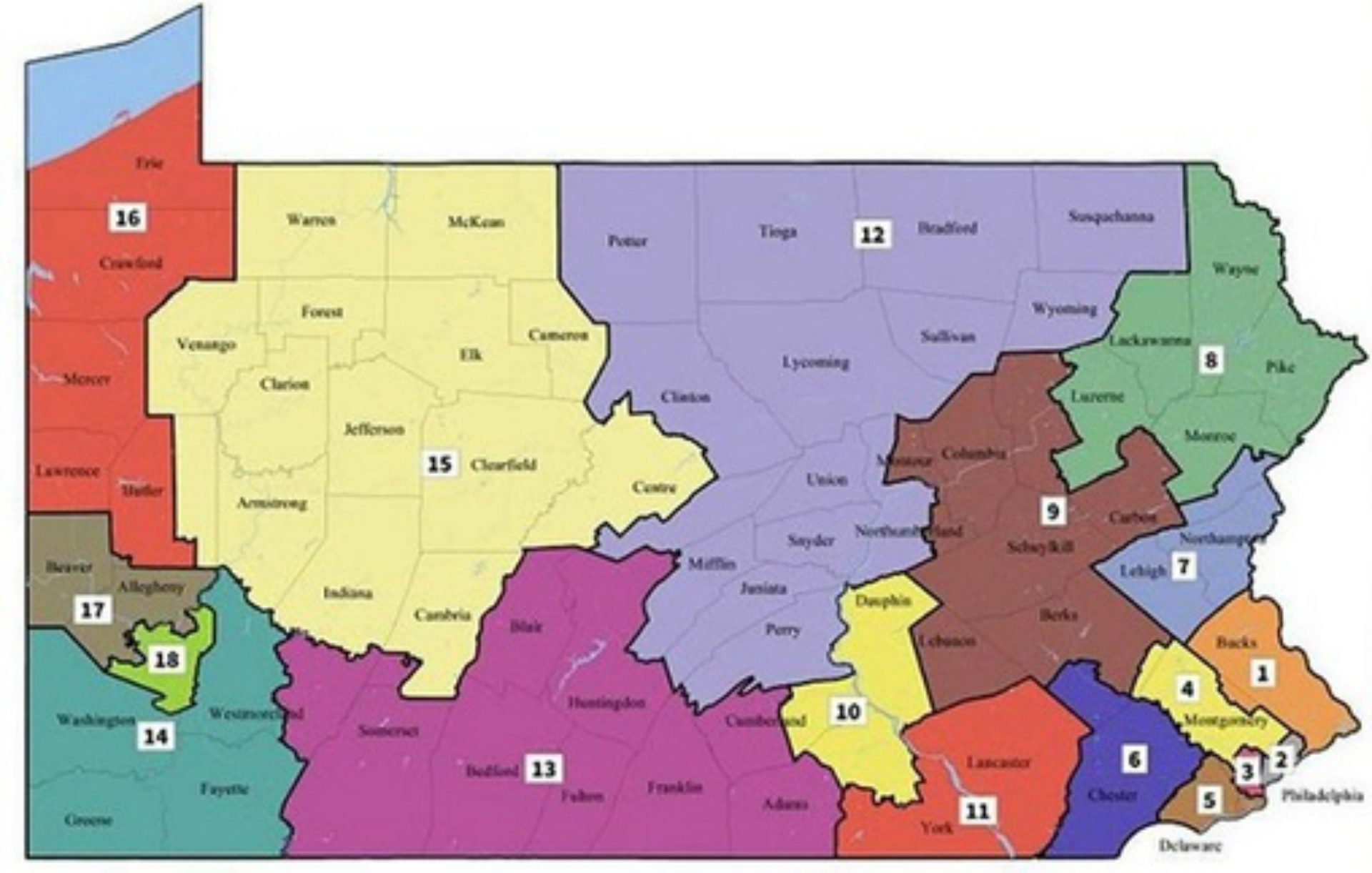 The state Supreme Court redrew the commonwealth’s Congressional map after ruling it had been unconstitutionally gerrymandered by Republicans. Lawmakers are expected to tackle how to reform the process.

The state Supreme Court redrew Pennsylvania’s Congressional map this year after finding the old one was an unconstitutional partisan gerrymander favoring Republicans.

But the redistricting process itself was untouched by the landmark ruling.

And that process is the very thing blamed for Pennsylvania’s tendency to gerrymander worse than pretty much any other state in the country.

So, the risk remains.

Some lawmakers are hoping to change that in their upcoming session.

How we got here

Typically, the state Legislature handles it – and Republicans controlled all three branches of state government when the old map was drawn in 2011.

The GOP won 13 of 18 seats in Congress, despite winning far less of the statewide vote share in the next three elections.

“That’s a really strong indication that someone put the thumb on the scale in Pennsylvania,” said Michael Li, senior redistricting counsel at the Brennan Center for Justice at NYU Law School.

Then, this year, multiple lawsuits culminated in the state Supreme Court instituting a new map in time for the midterms.

The tight timeline for implementing the map, and correctly predicted chaos on the campaign trail, sparked controversy. It was even the main reason that one justice split his decision.

The state GOP tried for U.S. Supreme Court intervention in hopes of preventing the map from taking effect this year. That failed.

So, party leadership tried again to involve the higher court, asking it to rescind the map before elections in 2020. That also didn’t work.

In the meantime, the new map’s been through an election and the resulting Congressional delegation – nine Democrats and nine Republicans – is an equal split more in line with the way voting went across the state.

Still, some say the commonwealth could end up with a gerrymandered map again if the underlying process doesn’t change.

Justin Levitt is a professor at Loyola Law School focused on voting rights and redistricting.

“If you have a design that’s flawed from the get-go, it’s difficult to know exactly how much to scrap,” Levitt said.

As Congressional candidates scrambled to adjust to the new boundaries last spring, state lawmakers already in office debated changing how Pennsylvania does redistricting.

“We need an independent citizens’ commission of people … [who] are not elected to any office. They’re not a lobbyist. They haven’t served, [nor has] their family member,” Boscola said during a hearing on her and other legislation. “All that has to be taken out of the process in order to work.”

The 2018 proposals didn’t go anywhere, meeting the same fate as related bills lawmakers have tried to advance in the past.

They would’ve involved the arduous step of changing the state constitution. Now, because redistricting occurs after every 10-year census, there’s no longer time to do so before the next regularly scheduled redistricting in 2021.

Republican Lehigh County Commissioner Amanda Holt is likely to be watching the debate closely. Holt, a piano teacher who lives in Allentown, became an expert years ago when she successfully challenged the state legislative district map.

Critics of youth solitary confinement want Pennsylvania to limit its use