Pennsylvania's minimum wage is $7.25 per hour, the same as the federal rate.

Pennsylvania and the push to raise the minimum wage above $7.25 an hour, explained

Gov. Wolf keeps asking for an increase. It hasn't happened yet

Gov. Tom Wolf, a Democrat, has pushed for a statewide minimum wage increase every year since taking office in 2015.

He hasn’t gotten one.

On Jan. 30, weeks into his second term, Wolf proposed his most ambitious change yet: A gradual increase to $15 per hour across the state, including for tipped workers.

But this budget season, Wolf and the Republicans who control the General Assembly ended up agreeing on a spending plan for the state that didn’t include a minimum wage increase. Many Democratic lawmakers weren’t happy about that.

Here’s a look at the issue.

When was the state minimum wage last raised?

In 2006, when Democrat Ed Rendell was governor, state lawmakers approved an increase.

What about other states?

As of of the beginning of 2019, Pennsylvania was one of 21 states that didn’t require employers to pay a wage higher than the federal level.

But Pennsylvania’s neighboring states did have higher minimum wages, according to the United States Department of Labor statistics.

The Department of Labor notes that some states have  exemptions for minimum wage rates for certain jobs and industries — such as ones in which people earn tips — or they have different rates for minors. And some local governments set higher minimum wage rates. Those and other differences are not included in the information above.

What has Wolf proposed before

Wolf has advocated for raising the minimum wage and tying the rate to inflation.

Even though those items didn’t pass, Wolf has taken other action.

He signed an executive order in June 2018 raising the minimum wage for employees under his jurisdiction to $12 an hour, beginning July 1, 2018. That rate is set to gradually increase to $15 per hour by 2024, after which increases will be tied to inflation.

The order also covers certain other employees, including those of state contractors.

What is Wolf’s latest proposal

At a Jan. 30 news conference, Wolf outlined his newest plan:

The proposal would have raised the minimum wage to $12 an hour on July 1, 2019. That would have been followed by gradual 50 cent increases until the rate reached $15 an hour in 2025. Then the rate would be tied to inflation. 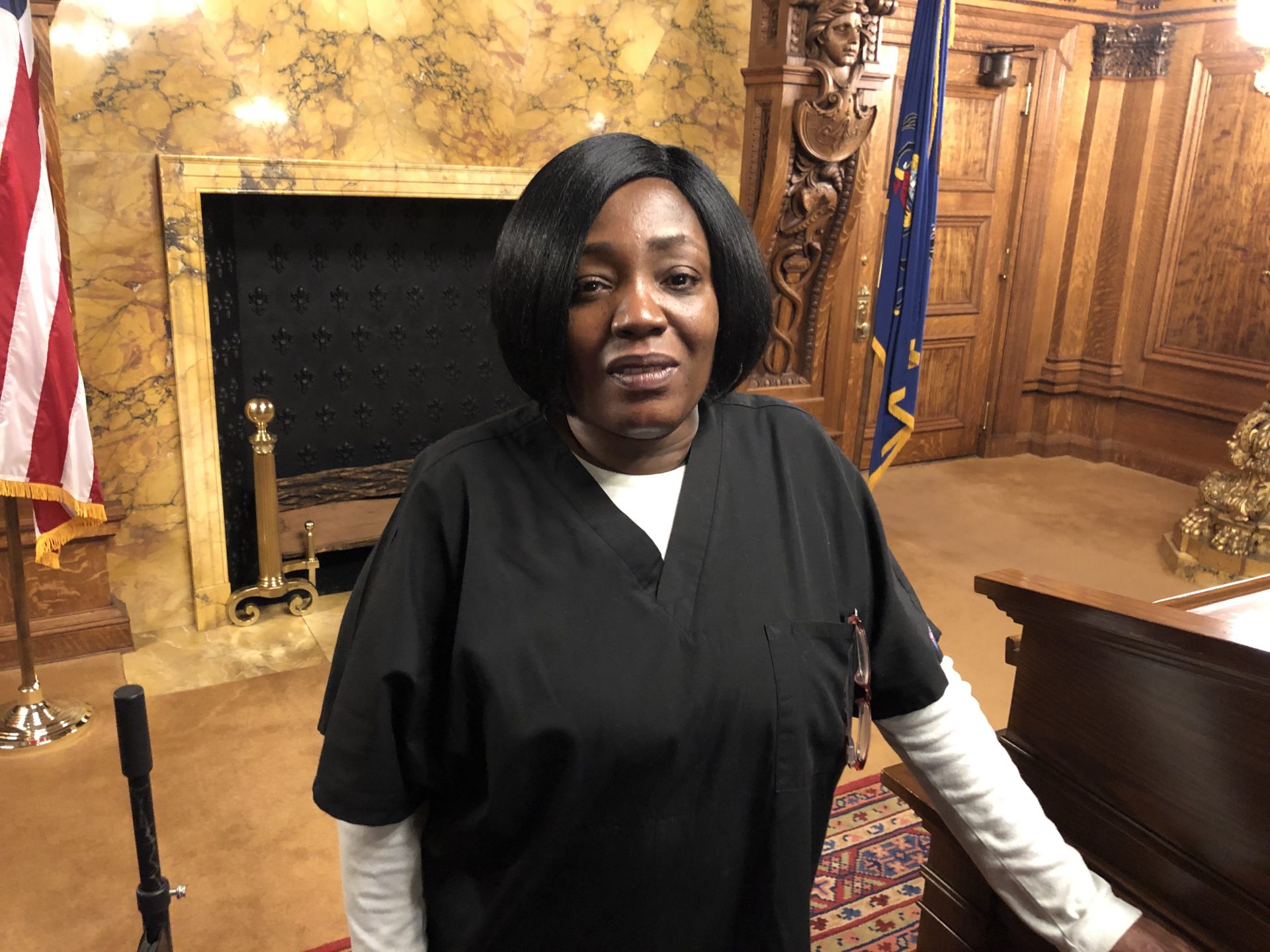 Stephanie Williams, a home care provider from Philadelphia, spoke in support of a minimum wage increase, during a news conference at the state Capitol on Jan. 30, 2019. She said she earns $10.50 an hour. “It’s hard for me to pay my rent, my bills, sometimes even groceries are hard for me. I have to rely and depend on family and friends to help me out,” she said. “Thank God they do.”

The Wolf administration says increased wages would lead tens of thousands of people to leave the Medicaid program, reducing costs for the state.

What are the odds of a minimum wage increase passing in Pa.?

Ahead of the legislative session, Mark Price, a labor economist with the Keystone Research Center and supporter of a minimum wage increase, said it was hard to put odds on the chances.

“It really just comes down to whether you’re an optimist at heart or a pessimist, and I kind of tend to bounce around,” Price said.

Republicans still control both chambers of the General Assembly, and the Republican caucuses in the House and Senate lost some of their more moderate members in the 2018 election.

Rep. Bryan Cutler, who was elected as the new state House majority leader in November, was asked about the odds of Wolf getting a minimum wage or severance tax increase in the new session.

“He’s asked repeatedly and failed to get those things,” Cutler told John Baer of Philly.com in November. “And based on past responses, I think it’s probably unlikely.”

In December, Senate Republican Caucus spokeswoman Jenn Kocher said Republicans had not prioritized issues for the upcoming session. She said the caucus tends to defer to committee chairs.

On Jan. 30, Kocher told WITF’s Katie Meyer that the caucus is open to a “reasonable discussion” on raising the minimum wage. But Kocher said she wasn’t sure Wolf’s latest proposal met that definition.

In February, a top Republican senator signaled a shift in his caucus’ position, saying a “minimum-wage discussion needs to happen,” according to Philly.com, although he doesn’t support $15 per hour.

But a minimum wage increase was left out of the budget deal between the Republican-controlled General Assembly and Wolf.

What about cities and local governments?

State law prevents them from raising the minimum wage for all employers in their area, Price said.

But in Philadelphia, officials have approved increases for city workers, as well as for employees of contractors and subcontractors, according to WHYY. Most recently, the city approved a phased-in increase, from $12.20 an hour to $15 an hour.

What do the state’s independent fiscal experts say?

Gradually increasing the state’s minimum wage to $12 per hour would raise wages for more than 1 million workers, the state Independent Fiscal Office estimated in April of 2018. But it would also result in about 33,000 fewer job opportunities, the study estimated.

That same report from the Independent Fiscal Office described “the contentious nature of the debate that surrounds higher minimum wages.”

Results of studies can vary greatly based on the data used, the industries examined and other factors, the office said.

This explainer was originally posted in January. We update occasionally to highlight new developments or deeper reporting on the topic.

Stories we followed in 2018: The midterm election