(Harrisburg) — Republicans in the state House and Senate are briskly moving a bill they say helps low-income students, and that Democrats say is unfairly routing money away from struggling public schools.

The proposed increase to the Educational Improvement Tax Credit will likely to be used as a bargaining chip in ongoing budget negotiations.

The tax credit goes to people and businesses that donate to private school scholarships or run related programs. It lets them deduct most of that money from their state taxes.

The available credits have grown incrementally and substantially since the program started in 2001—often with bipartisan support.

This bill goes further than past iterations, however. It would nearly double the amount of credit available and escalate it automatically if at least 90 percent gets used. 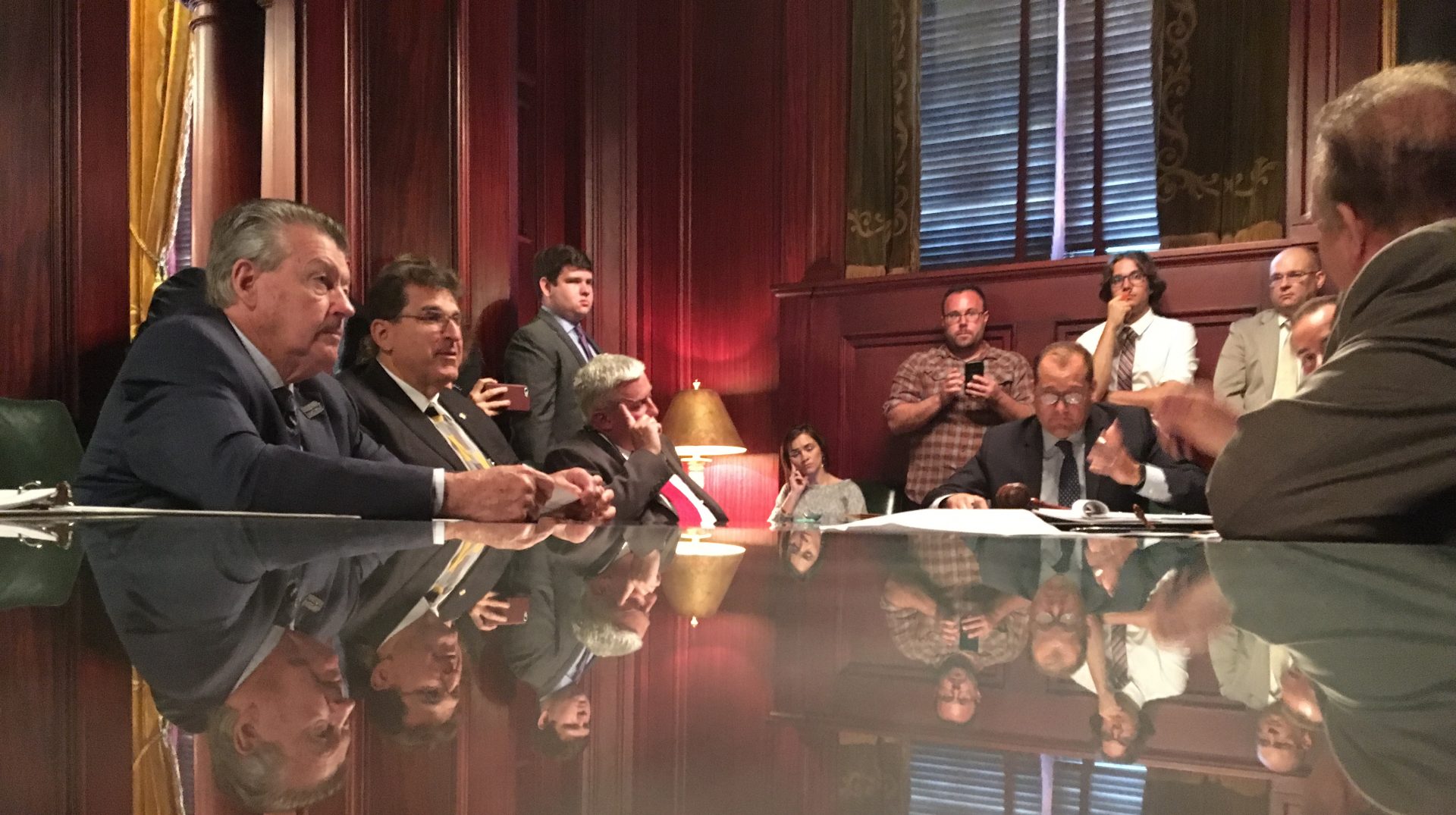 The Senate Education Committee debates expanding of the EITC program, before approving the bill that would do so.

But he said this is too much.

“My concern is that we have students sitting in classrooms in some of our schools that have asbestos and lead in those classrooms,” Dinniman said. “We need to make sure some money is given there.”

Fellow Democratic Senator Lindsey Williams, of Allegheny County, noted she is concerned there isn’t enough oversight involved with the program.

“Every dollar that we draw out is less money for those [public] schools, and those dollars should be spent in a transparent and accountable way,” she said. “We don’t know what’s happening with it.”

GOP supporters of the credits, like Dauphin County Senator Mike Folmer, said it gives students a way out of struggling public schools and into private ones, and that the state already puts too much money toward education.

The GOP-controlled House already passed the measure, which is sponsored by House Speaker Mike Turzai. Having now passed the Senate Education Committee, it is bound for consideration by the full chamber.

However, it’s likely the bill will become a piece of a larger budget measure, and as such could be subject to the horse-trading budget negotiations typically entail.

If that happens, the size of the credit could change.

Pa. lawmakers look to cut down on legally ambiguous 'games of skill'