A Powerball ticket purchased in a convenience store in Lancaster, Pa., is held in front of a Pennsylvania Lottery computer screen advertising the record $1.4 billion Powerball jackpot, Jan. 11, 2015, in this file photo.

The AARP of Pennsylvania opposes spending the money on Medicaid programs.

But she had a question about the lottery. Where exactly does all the money go in Pennsylvania?

Bush, a 66-year-old retired operations executive in the telecommunications industry, has lived in North Carolina, Georgia and Tennessee. All three of those states dedicate lottery profits to help pay for education.

She’s relatively new to Pennsylvania. She moved to a house outside Elizabethtown in Lancaster County about five years ago, after her husband died.

She asked about lottery funding in a question to the Listening Post. 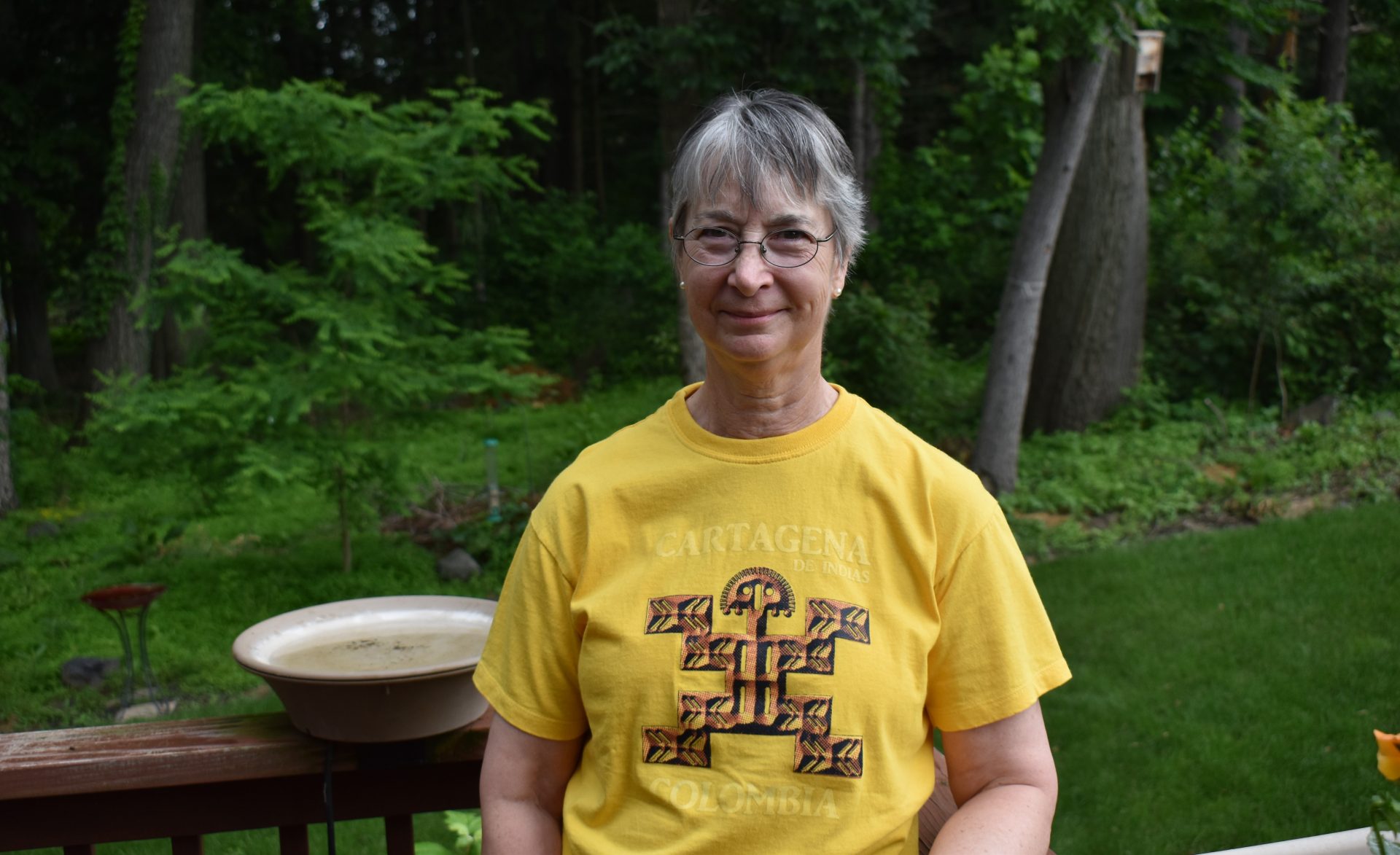 Sandi Bush moved to Pennsylvania about five years ago. She wondered how the state spends its lottery money. She is seen outside her Lancaster County home on May 30, 2019.

“There are a lot of people that spend a lot of money on the lottery, in many cases, money that they don’t really have to spend,” she said in a follow-up interview. “And I would hope that that money is actually going towards a good cause.”

We looked into it.

Pennsylvania has a unique lottery system

The Pennsylvania Lottery describes itself as the only state lottery that designates all its proceeds to programs that benefit older residents.

Still, some advocates for older residents and their caregivers have criticized how lawmakers use lottery funds.

The type of lottery benefits have expanded since 1971

When lawmakers established the Pennsylvania Lottery in 1971, they said the money had to go to older Pennsylvanians.

At first, the lottery money was targeted for property tax relief. 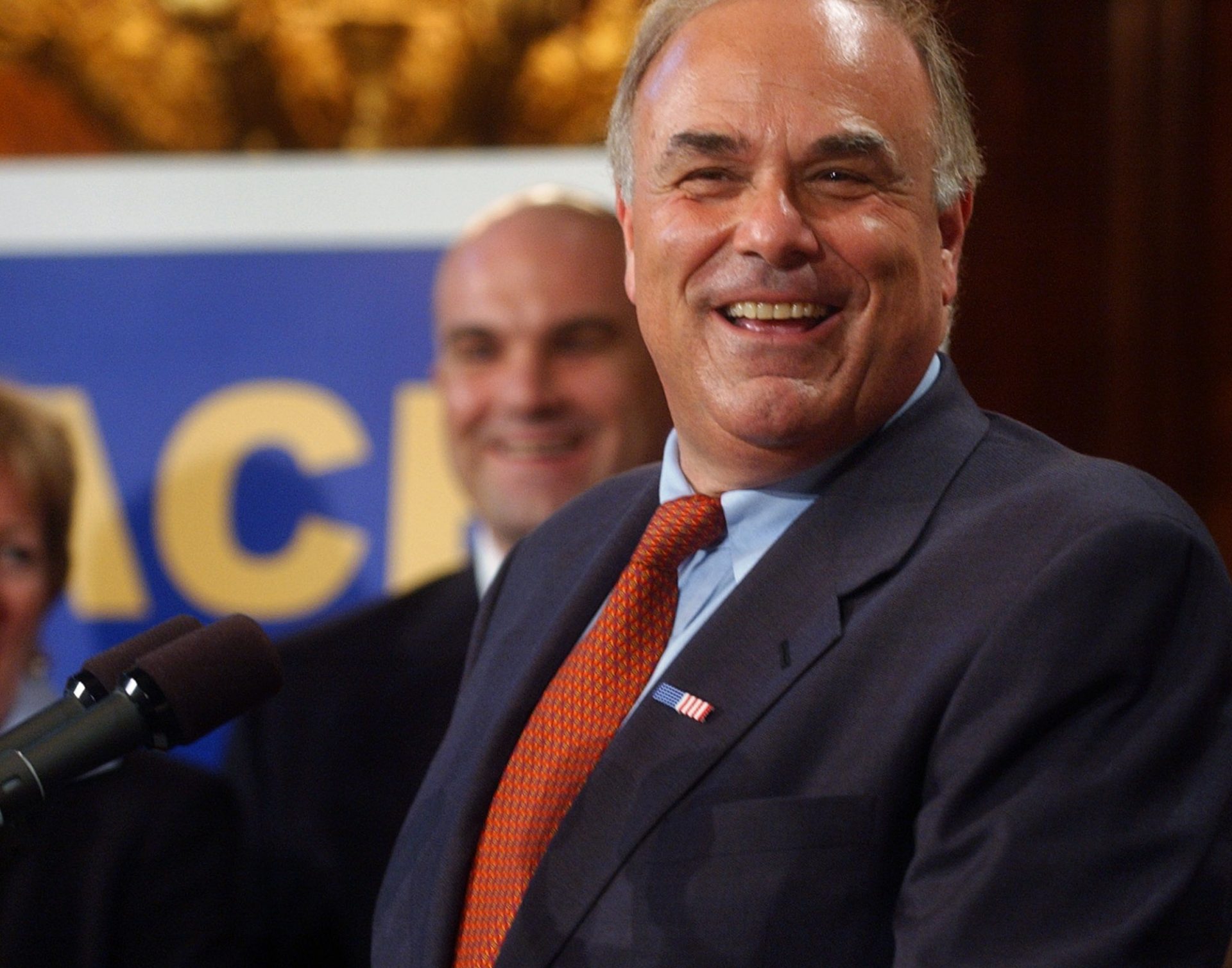 Then-Pennsylvania Gov. Ed Rendell unveils a plan to use lottery money to expand the state’s prescription-drug program for senior citizens, Thursday, May 29, 2003, at the Capitol in Harrisburg, Pa. Later, Rendell approved transferring lottery money to what was then the Pennsylvania Department of Public Welfare for long-term care assistance.

Some people think it should not help pay for Medicaid programs

The Senior Support Coalition, which includes the AARP of Pennsylvania and other organizations for older Pennsylvanians and their caregivers, has criticized a change that began when Democrat Ed Rendell was governor.

In the 2006-07 budget, the state transferred nearly $249 million to what is now the called Pennsylvania Department of Human Services to help pay for long-term care assistance. That money helps pay for nursing home services or similar Medicaid-funded care provided in a home, such as assistance with eating, bathing, dressing, taking medication and providing transportation.

Every year after that, whether it was a Democrat or Republican in the governor’s office, lawmakers approved transferring hundreds of millions of dollars of lottery money for that long-term care assistance.

In 2013, Landis said that lottery money in the Medicaid nursing home budget should return to the lottery fund so it “can fulfill its intended purpose — providing essential assistance to help older adults remain at home.”

In 2016, then-Budget Secretary Randy Albright told NBC10 in Philadelphia that the state needed that money to balance the budget.

In his state budget proposal, Gov. Tom Wolf called for transferring about $400 million from the Pennsylvania Lottery Fund to the Department of Human Services “to offset program costs for older Pennsylvanians.”

Ewa Dworakowski, a spokesperson for the Pennsylvania Lottery, said the shift to using lottery money for Medicaid programs occurred as the aging population grew — and as long-term care costs grew with it.

She said the Department of Human Services ensures that the funding is only used for people 60 and older.

Mike Straub, a spokesperson for the House GOP Caucus, said $372 million has been moved from the lottery fund to the Department of Human Services this budget cycle, so the governor’s proposal “is not a big ask in the grand scheme of things.”

He said most members see the funding “as a worthy transfer and investment in our oldest residents.”

Jenn Kocher, a spokesperson for the Senate GOP Caucus, said the money “is being used for seniors and programs to support seniors, which fits the purposes of lottery funding.”

Under Wolf’s proposed budget, the Lottery Fund would still provide hundreds of millions of dollars for non-Medicaid related programs, including for property tax and rent assistance, prescription medications and senior centers.

Meanwhile, the Senior Support Coalition is advocating for reducing or eliminating transfers from the Lottery Fund to the state Medicaid program.

“Over the past ten years, $3.5 billion has been transferred from the Lottery Fund to the state Medicaid program, creating service reductions and waiting lists for local support programs,” the Senior Support Coalition says in a flyer it created for budget-related advocacy.

In addition to the AARP of Pennsylvania, the coalition includes the Center for Advocacy for the Rights & Interests of the Elderly, the Alzheimer’s Association and Pennsylvania Adult Day Services Association.

Landis said the non-Medicaid programs help people avoid spending down all their assets.

“Those services are much less expensive and much more effective at keeping people at home and in their community,” Landis said.

In other states, education is a popular choice for lottery money

In 2014, 44 states and the District of Columbia operated a lottery system or participated in a multi-state lottery, according to the Pennsylvania Independent Fiscal Office.

Nationwide, the majority of dedicated state lottery revenue goes to education, according to a 2017 report from the National Conference of State Legislatures.

So why does Pennsylvania spend its lottery money on older residents?

Well, Pennsylvania historically ranks high among states for the age of its population, said Landis with AARP Pennsylvania.

Landis said when the lottery started in the 1970s and expanded in the 1980s, the state faced economic challenges and closing industrial plants, particularly in western Pennsylvania.

“There were a lot of older Pennsylvanians that were … unemployed and left without benefits,” Landis said. “And I think that elected officials at that point in time saw a huge need for these services.”

After lawmakers approved the change, the Independent Fiscal Office estimated that the change would increase revenue for the state by $15.2 million in the 2016-17 fiscal year.