Incoming PA Post Executive Editor Russ Walker on vision, impact and the (un)likelihood of life outside the newsroom in 2020

PA Post's Ed Mahon and Emily Previti sat down with their incoming editor during his recent visit to Central Pa.

We’re really excited to start working with PA Post’s incoming Executive Editor Russ Walker. He’s been an editor, including for the investigations team, at KING 5 TV in Seattle since 2011 and was an editor at Politico and The Washington Post before that.

Russ won’t be official until July 15, but my colleague Ed Mahon and I had a chance to sit down with him ahead of his official start date. Our lightly edited conversation is here:

Emily Previti: What is your vision for PA Post?

Russ Walker: The vision is to do really impactful public service journalism about Pennsylvania’s many layers of government. But I think …  it’s a government-rich place without a lot of good accountability journalism out there.

RW: Yeah. And there are 203 state reps, which is unheard of. There are 98 in Washington’s state legislature.

EP: Speaking of the legislature and impact: our legislature in Pennsylvania seems like it’s largely immovable from what I’ve observed. What are some strategies that you have seen work or think could work for maximizing our reporting’s impact and audience?

RW: Well, tell me what you mean by immovable. Like, they’re not going to pay attention to what kind of stuff that you’re doing?

EP: There is good work that’s done by various media outlets. But there’s just not a lot of reaction. There’s not a lot of movement from the legislature in response to that.

RW: So, you mean, like if a big issues revealed by some media organization, the legislature doesn’t really do anything?

Ed Mahon: I guess they can be slow to change. I mean, the size is quite often pointed to – and gifts, the unlimited campaign contributions – are some of the things, when you’re talking about (moving) legislation.

EP: Sometimes that’s how we measure impact, right? Lawmakers see our work, and they cite it when they’re having related discussions or talking about legislation to address the issue. So that is something that I almost never see here despite, you know, not a ton of it, but there is accountability journalism.

RW: In Washington, we got the legislature to pass some laws here and there. And it’s just about continuing to tell the stories over and over again, and getting new human faces into the stories. So, you can get the audience with some emotion. And finding those lawmakers who are looking for something to plant a flag on and run with. That’s one opportunity. I don’t know how open this legislature is. … What we always saw with investigative work at KING, it was serving a purpose. It was advocacy journalism. It wasn’t advocacy for, you know, the Democratic party or Republican Party, it was around an issue that we were focused on, whether it was foster care or workers health …. So, we felt like we could get lawmakers interested in those because they were serving their constituents by sort of adopting that topic. It’s not easy, it takes a lot of a lot of footwork, it takes a lot of time. You have to spend a lot of time with these lawmakers to convince them you’re not trying to like, surprise them. That doesn’t mean that everything you do has to be ingratiating, yourself to legislators, I mean, there’s got to be some terrific accountability journalism to be done on the campaign finance, like you talked about, the state public records act. So, I’m excited to get even more background on all that.

EP: What makes you most excited about this opportunity and most nervous? 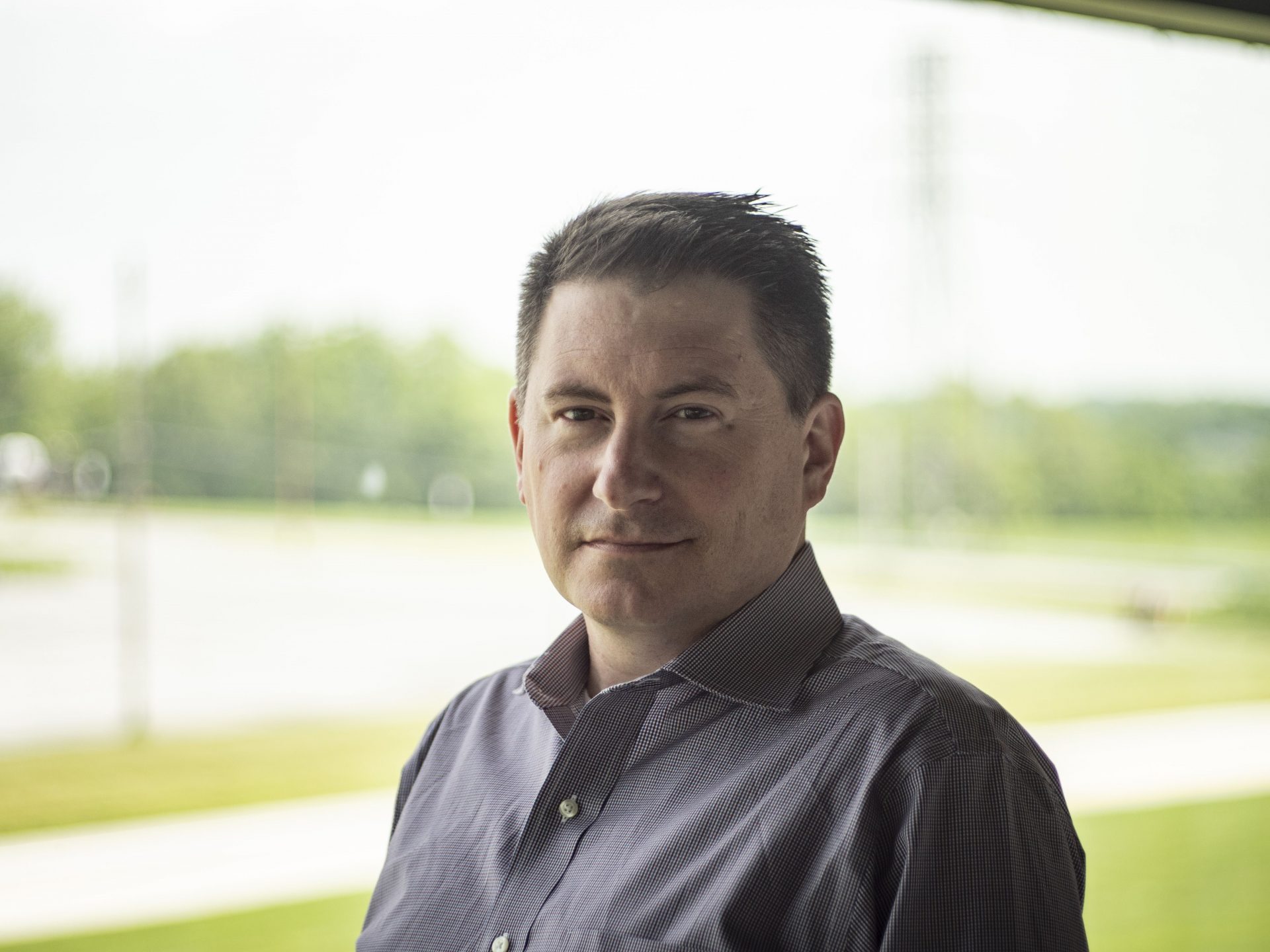 RW: What makes me nervous is that I don’t know a ton about Pennsylvania. I’m learning from your newsletter, and from all the articles on the site. It’s a new place for me. When I got to KING, and started really covering Washington State stuff, it took a little while for me to get a feel for the big issues. And I think that I’m a little nervous about the ramp up, getting to know this place. But it’s also exciting, in that it’s new, or new-ish. And it’s got a growth strategy built around it. And it has this really high public mission, which is to do accountability and public policy journalism across the state.

EP: And how can PA Post fill voids or needs that you see in the media landscape?

RW: We talked a lot, when I was interviewing, about partnering with news organizations across the state — particularly ones that may not be equipped to do the kind of longterm stuff or accountability journalism on their own, that might need a partner to help walk them through it or to be an extra set of hands. And I’m excited to go out and meet some of the editors or the program directors at small media organizations around the state, and try to build relationships that allow us to help them tell their stories in their communities.

EP: What types of stories and projects interest and excite you the most?

RW: Well, I was reading in the Lancaster paper about the gifts and the free travel for legislators. It’s just fascinating to me. So, I’d like to be able to shine a light on that and get people to care about it. But the biggest issue in the next year is this election. Right? Is Trump going to be a two-term president? And what is it about his message and the Democratic nominees’ message that will sway voters here? How are they able to see their ideas and their needs reflected in his candidacy? I’m excited to do more on that. I’m also excited to look really granularly at how the campaigns are targeting different groups here. I know social media will be another big focus for both campaigns, and how they target 50-year-old men who live in Bucks County, or women who are moms and also work outside of the home. They’re going to be able to target all those groups and do it in really unique, crafty, downright diabolical ways.

EM: One of the goals for PA Post is to connect Pennsylvanians to their state. Given the size, how big Pennsylvania is, and some of the distinct regions, what are some ideas to do that, to accomplish that goal?

RW: Well, really seems to me that Harrisburg is this forgotten place. It’s the state capital for one of the largest states in the country, both in terms of population and in terms of sheer number of governments. And we don’t hear enough about it. So, I just think really being able to tell more stories out of the capital, out of the agencies here, …  to show the impact of what’s happening here on (communities). But more importantly, to bring their voices to Harrisburg at some point. That’s another one of those things that’s intimidating about this job: this is such a big state. I have a lot to learn about the different regions and types of people who live here.

EM: What made you decide to leave Seattle and come to Pa.?

RW: Personally, my wife and I are from this part of the country. We wanted to get back closer to home, to family. My parents are getting older, that kind of thing.

But this is a great opportunity. What an amazing chance to, first of all, be doing journalism in a real swing state in 2020. Washington state is not and won’t be for any time to come. So, I’ll be able to see the campaign up close here. And Washington state has a lot of great journalism out of the state capital. It’s really close to Seattle. Olympia is just 45 minutes to an hour away, as opposed to two hours from the population centers. So, here’s lots of journalists crawling all over it. This is different. It’s more open. There’s more territory to cover.

EM: What are some of your hobbies or interests outside of work or journalism?

RW: I like to bike, to cycle. I’m trying to wrap my head around how I’m going to do that here. Seattle’s got a huge cycling culture, so there’s all sorts of infrastructure built around it and it’s very safe. And my wife and I, we’re very curious. We both have journalism backgrounds. We’re also really interested in the arts and food. … I’ll be honest, I work a lot in my current job. So, I’m actually looking forward to, at some point, being able to have more hobbies outside of work.