In this March 21, 2019 file photo, Pennsylvania Gov. Tom Wolf speaks during a news conference at the John H. Taggart School library, in Philadelphia.

When Tom Wolf first ran for governor in 2014, he called for a severance tax on natural gas drilling. After he was elected, he pushed for one in every budget — without success.

The state would borrow the money for projects and pay the debt back over a long time — up to 20 years.

Unlike in past years, this severance tax plan is separate from the budget process.

Here’s what you need to know about the proposal and why Wolf thinks — this time — it won’t be pushed off into “never-never land.”

Why the new approach?

During a recent interview on WITF’s Smart Talk radio show, Wolf said the new approach addresses concerns that the severance tax money would be folded into the general fund and lead to “a ratchet up of spending that government has a reputation for doing.” 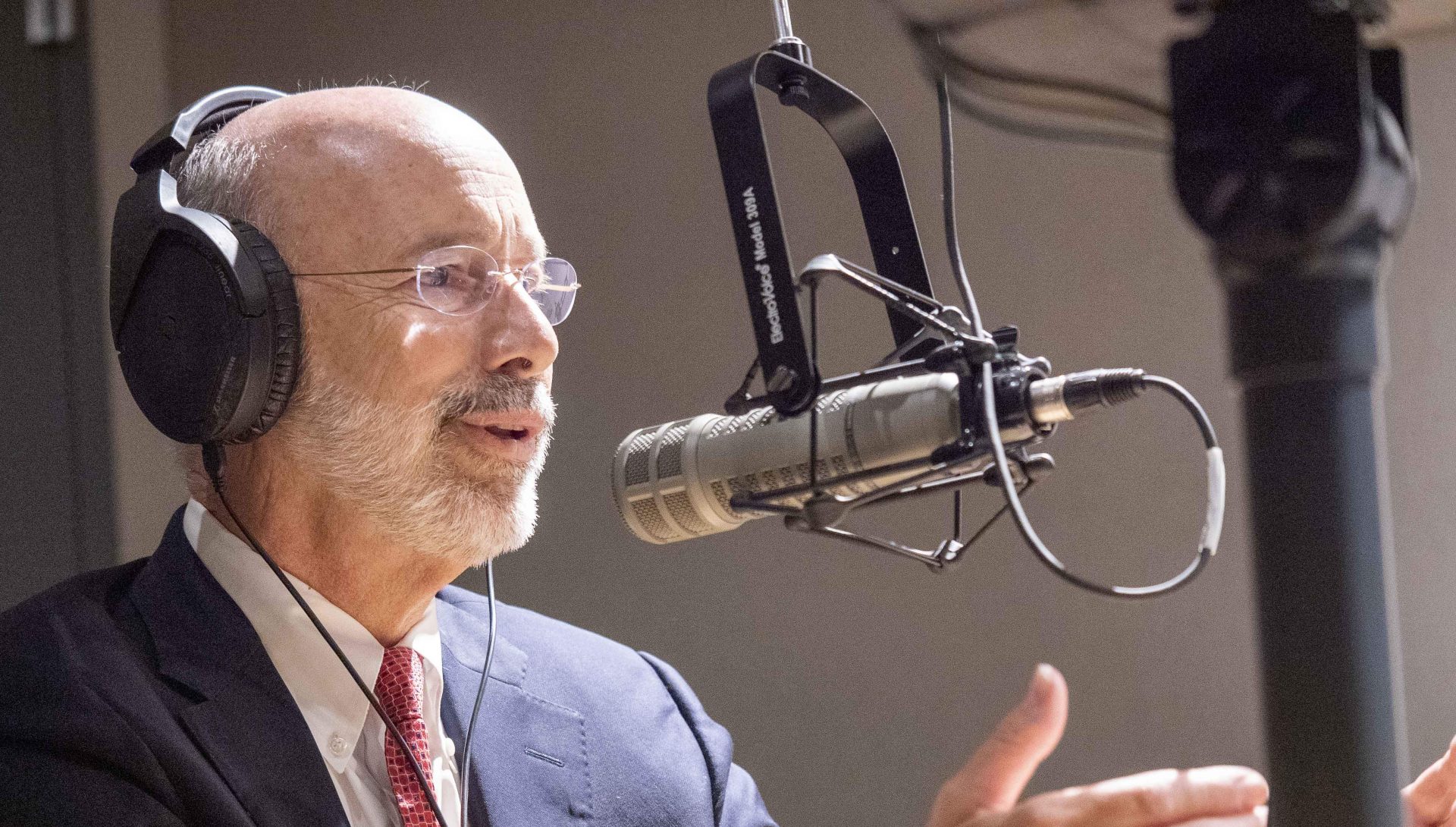 How high would the tax be?

The rate of the severance tax would vary based on the average annual price of natural gas.

How much would it cost to borrow the money?

House Speaker Mike Turzai, an Allegheny County Republican who opposes Wolf’s proposed severance tax, said the plan will likely lead to at least $6.5 billion of new debt because of interest payments required to borrow the money.

During a statewide radio interview hosted by Keystone Crossroads, Wolf said he didn’t have an exact figure for how much the interest would cost.

Where would the Restore PA money go?

The Wolf administration has broken the funding down into main areas.

Wolf says how the money is used will depend on the needs of each community.

But Wolf said it’s worth borrowing the money, and thus paying the interest costs, because of the benefits.

“The question is how much are we going to pay for not preventing floods?” Wolf said. “…What’s the opportunity cost for not having kids who have access to the internet?”

Why the Republican House Speaker doesn’t like Restore PA 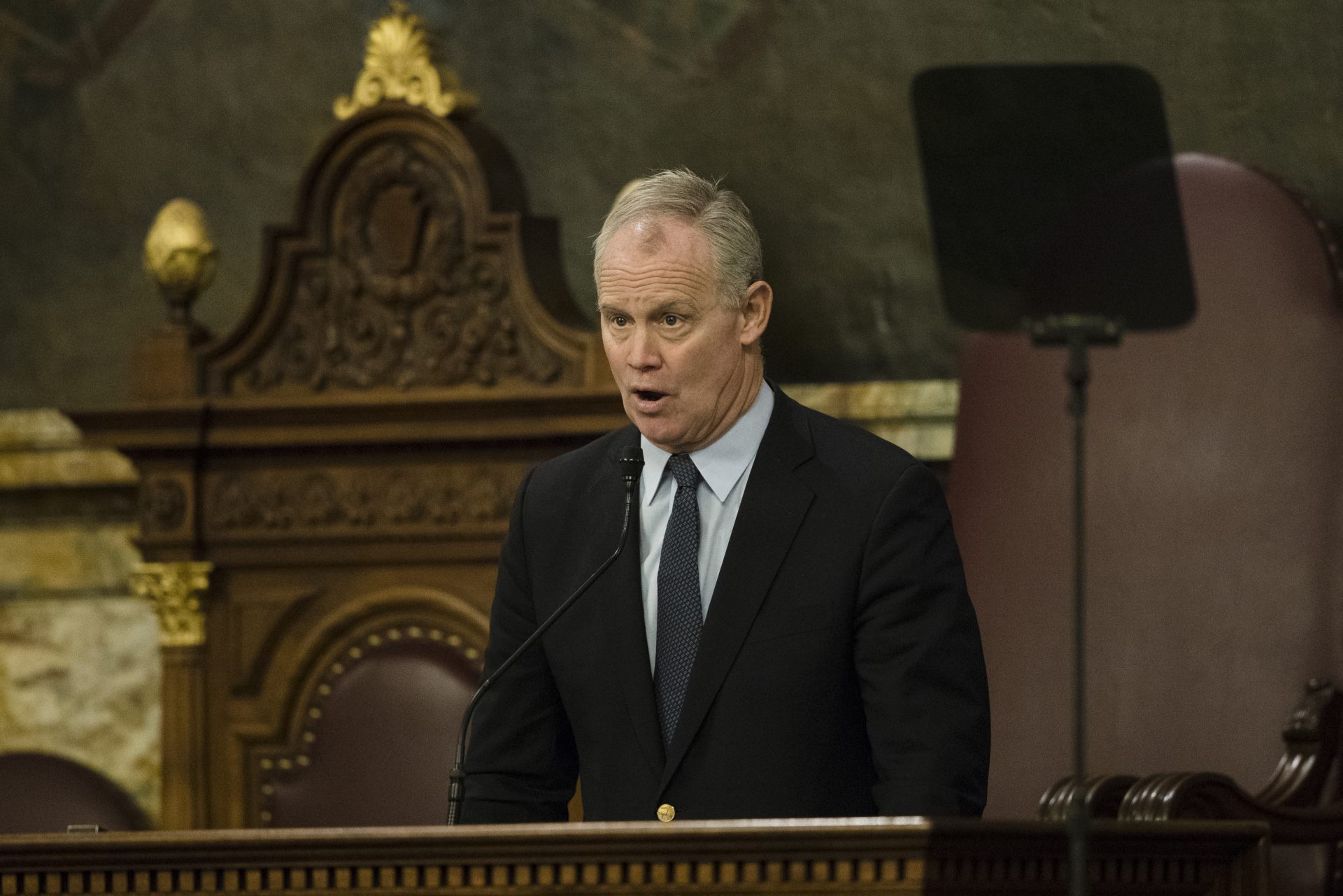 Here are some of his arguments.

What are Republican proposing?

In the state Senate, two Republicans from southwestern Pennsylvania have proposed what they call an alternative way of paying for important infrastructure projects:

“This is in no way putting a drilling rig in the middle of a forest,” said Republican Camera Bartolotta in a story reported by WITF’s Katie Meyer. “Three miles away, these things can be done. And it’s 6,000 feet underground.”

Wolf opposes the measure from Bartolotta and Republican Pat Stefano. In 2014, then-Governor Tom Corbett, a Republican, advanced a similar idea, which his administration called “non-impact” drilling. It was controversial and ultimately did not result in any new leasing or revenue to the state. 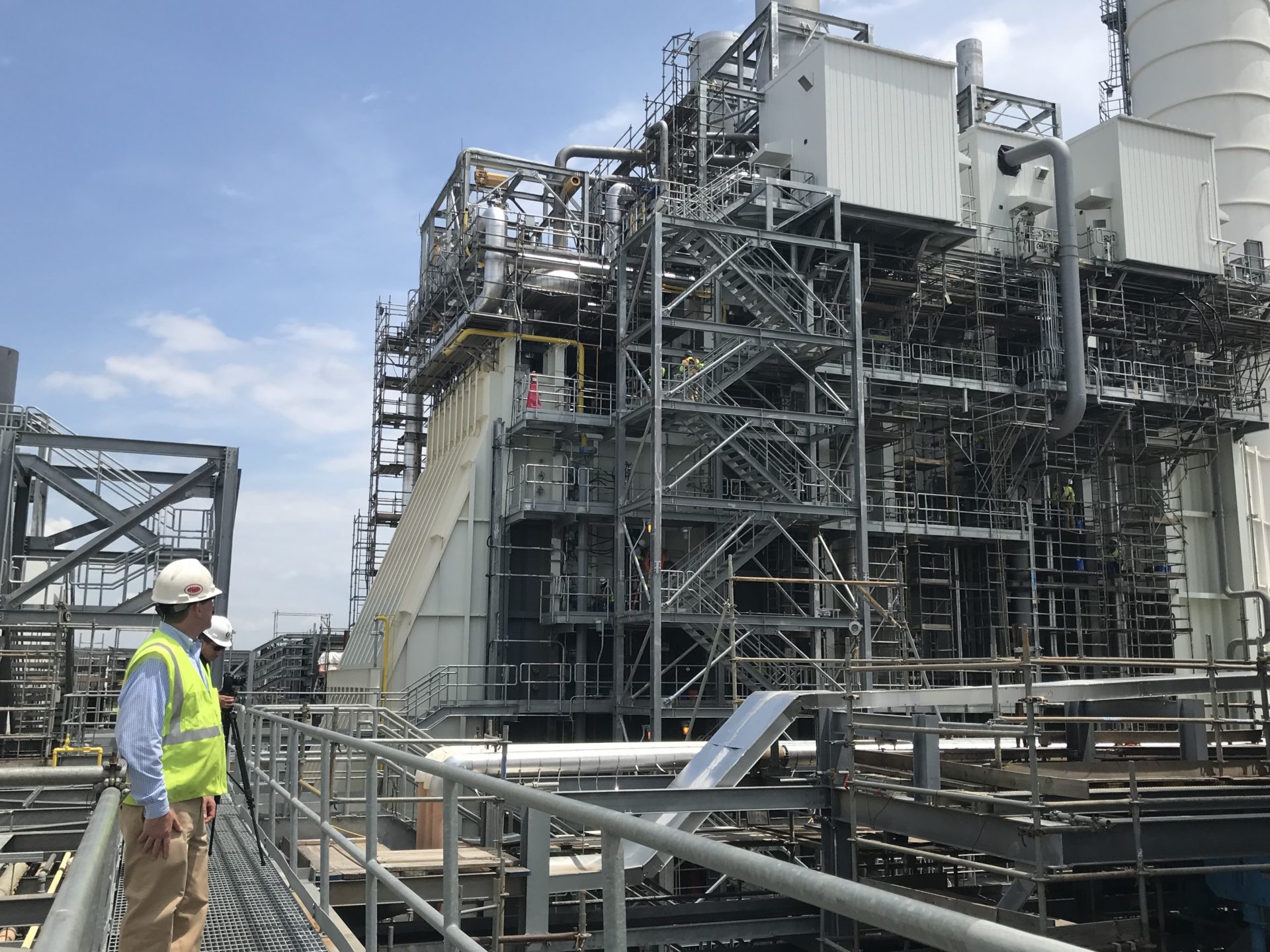 In the House, Turzai and other Republicans have proposed “Energize PA” — what they call a package of pro-growth, pro-jobs legislation that will raise money by growing the economy.

Wolf said Energize PA wouldn’t raise the $4.5 billion dollars that his plan would.

And because Restore PA requires the state to pay off debt with severance tax money, the state would be tied to natural gas drilling for up to 20 years.

#askgovwolf States around us ban fracking, but you have it as a part of your “restore PA” plan. Why can’t we move toward clean renewable energy instead of living in the past?

#AskGovWolf Gov. you are way too soft on plastic … SUP is bad, whether it can be “recycled” or not. Recycling is not the answer. And “lightweight products” to meet the climate crisis is a euphemism for plastic. We can’t bet our future on this toxic industry.

In an #AskGovWolf radio show hosted by Keystone Crossroads, Wolf said people need to be concerned about climate change.

Later, Wolf’s press secretary, J.J. Abbott, said the governor was pointing to the fact that lightweight plastics improve gas mileage in vehicles and can reduce the energy required for shipping.

Wolf’s rhetoric around addressing climate change is at odds with his desire to expand Pennsylvania’s petrochemical industry. During his reelection campaign last year, Wolf linked the need for renewable energy to his support for the massive ethane cracker Shell is building outside Pittsburgh. Once it’s online, the plant will be among the largest air pollution sources in the state.

What is Wolf’s argument for the severance tax?

Pennsylvania is the only major gas-producing state in the country without a severance tax.

Wolf argues that, because natural gas is distributed across state lines, Pennsylvania residents end up paying for the cost of severance taxes in other states.

And Wolf says there are two big reasons why a tax won’t drive drillers away. The natural gas is here, for one. The industry has also invested billions of dollars in new pipelines to move the gas to new customers– in the U.S. and abroad.

And the state is “smack dab in the middle of the richest market in the world for the products that come out of this,” Wolf said.

That gives the state an advantage over Texas, Louisiana and Alberta, Canada, he said.

In the state House, the legislation was introduced with 99 co-sponsors. That’s nearly a majority of members supporting the measure in the 203-seat chamber.

Of those 99 lawmakers, 83 are Democrats and 16 are Republicans.

Half of those Republican co-sponsors represent part of the Philly suburbs: Delaware, Bucks, Montgomery and Chester counties.

In the 50-seat state Senate, the legislation was introduced with 25 co-sponsors: 21 Democrats and 4 Republicans.

Three of the four Republicans represent only or mostly the Philly suburbs. The fourth is Sen. Mario Scavello, who represents parts of Monroe and Northampton counties.

Wolf has also received endorsements from community leaders across the state — although, he acknowledged, relatively few north of Interstate 80.

(The Wolf administration created the below map of community endorsements.)

“Maybe I’m not explaining it as well as I should, but those areas above Route 80 are actually places that could use this the most, where broadband doesn’t exist,” Wolf said on WITF’s Smart Talk.

The lack of broadband hurts people’s access to business, schools and healthcare — and he said once autonomous vehicles become a reality, areas without broadband won’t have them.

Why Pennsylvania has never enacted a severance tax

Since Pennsylvania’s natural gas boom began around 2008, there have been calls to implement a severance tax, but it’s never happened. Why? As StateImpact Pennsylvania has reported, a lot of it comes down to the power of the natural gas lobby.

Shortly after the gas boom started, in 2009, the state House (then controlled by Democrats) passed a severance tax. It was defeated by Republicans in the Senate.

At a June 2015 press conference, GOP House Speaker Mike Turzai voiced his opposition to a severance tax while reading directly from a booklet of talking points prepared by EQT, a major drilling company near his home district in southwestern Pa.

Instead of a tax, Pennsylvania came up with a unique way of handling the fiscal impacts of drilling. In 2012, the legislature passed a special “impact fee.” Gas companies pay a fee for each well they drill. Most of the money goes back to the local governments where drilling is happening.

A severance tax would be paid on how much gas is produced, when drillers “sever” the resource from the earth. In other words, Pennsylvania taxes holes in the ground — not gas.

In 2017, the GOP-led state Senate also approved a modest severance tax. It did not advance in the Republican-controlled House.

While severance tax talk continued in Harrisburg, Pennsylvania’s natural production has skyrocketed. In 2017, the Commonwealth accounted for 19 percent of total U.S. natural gas production — more than any other state, except Texas.

How much money has the impact fee raised?

According to the Pennsylvania Public Utility Commission, the impact fee brought in more than $1.4 billion from 2011 through 2017.

Earlier this year, the Pennsylvania Independent Fiscal Office estimated that the impact fee would generate $247 million for 2018.

What happens to the impact fee if Restore PA passes?

It would remain. Wolf says that impact fee is important for areas directly affected by drilling.

Wolf has estimated that his proposed severance tax would bring in about $300 million more a year, on top of the impact fee.

In the state House, Democratic Leader Frank Dermody said that members were preparing a discharge resolution to move the Restore PA bill out of the Environmental Resources and Energy Committee if there is not quick enough action on it. It takes a majority vote in the House to pass a discharge resolution, sending it to the full House.

Under the current legislative calendar, Restore PA supporters wouldn’t be able to attempt a discharge resolution in the House until the fall, said House Democratic Caucus spokesman Bill Patton.

And there are also procedural moves that a committee chair can take, such as changing the bill significantly through an amendment, to stop a measure passing through a discharge resolution.

Wolf said he’s hopeful lawmakers will return to it in the fall.

“Often when they say we’re going to get to it in the fall, that’s just sort of pushing it off into never-never land,” Wolf said. “But I think this time, it is something that we’re all going to come back to in the fall.”