Dr. Christian Macedonia led the military's Gray Team of doctors and scientists charged with finding the "ground truth" about traumatic brain injuries. This 2016 photo shows him when he worked as a maternal and fetal health specialist at Lancaster General Health's Women and Babies Hospital in Lancaster.

“It’s a slap on the wrist with a feather."

(Undated) — Penn Medicine has agreed to pay $275,000 to the Department of Justice to settle allegations that Lancaster General Hospital submitted false claims to Medicaid for obstetric ultrasounds.

However, for one of the doctors who raised the alarm, the settlement doesn’t address the core problems that led him to notify federal authorities.

“It’s a slap on the wrist with a feather,” said Dr. Christian Macedonia, a doctor at Lancaster Maternal Fetal Medicine credentialed to work with the hospital.

The U.S. Attorney’s office alleged that between May and December 2017, Lancaster General failed to complete ultrasound reports, according to a news release. The government said that failure was a violation of the False Claims Act, since the Penn Medicine-affiliated hospital still submitted Medicaid reimbursement to get paid for those incomplete reports. 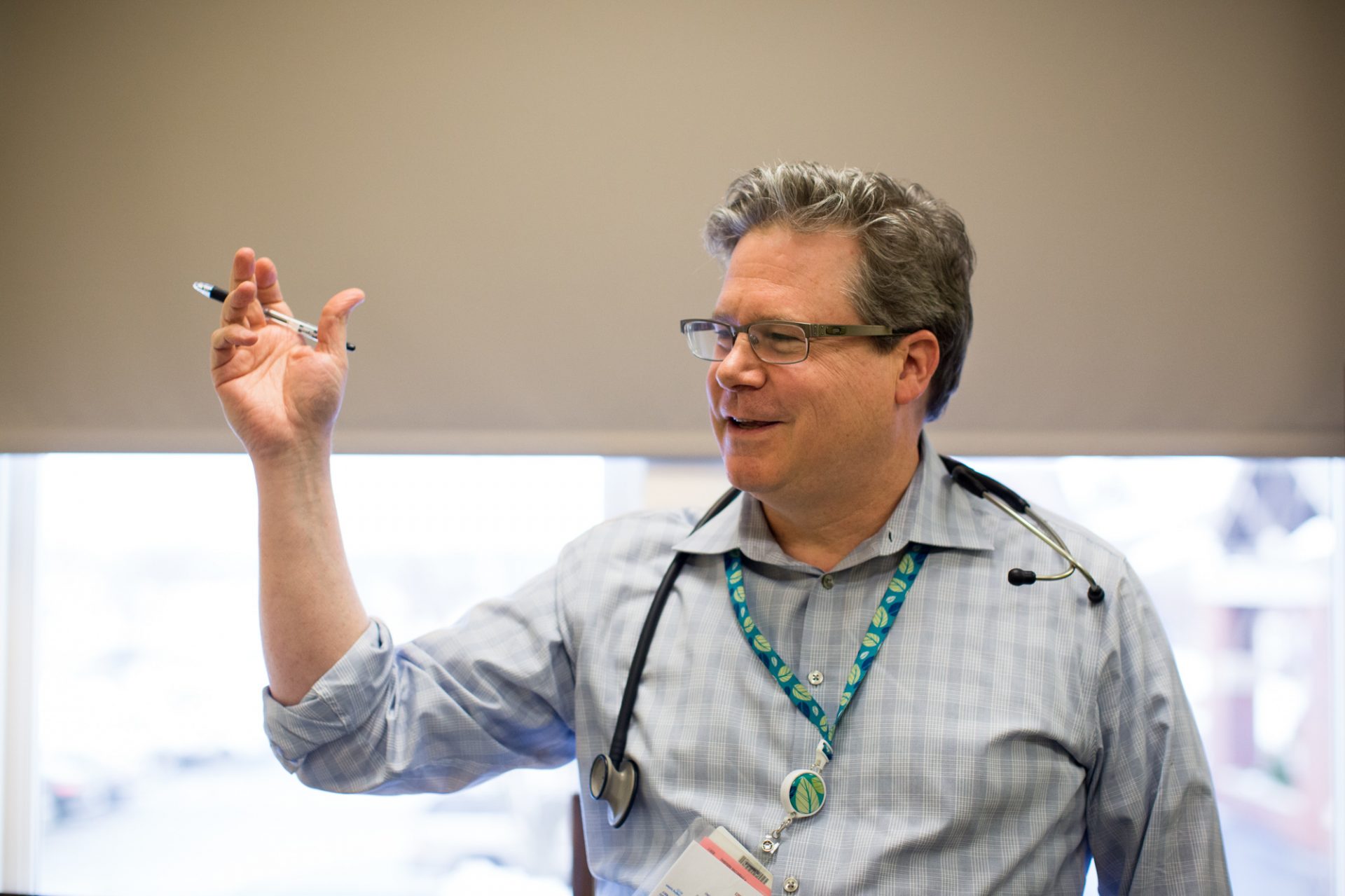 Dr. Christian Macedonia led the military’s Gray Team of doctors and scientists charged with finding the “ground truth” about traumatic brain injuries. This 2016 photo shows him when he worked as a maternal and fetal health specialist at Lancaster General Health’s Women and Babies Hospital in Lancaster.

U.S. Attorney William McSwain, who led the investigation, noted in the press release that these ultrasound reports were for patients likely to have high-risk, complex pregnancies.

“This alleged conduct not only demonstrated an abuse of the Medicaid program, but had troubling potential implications for patient care,” McSwain said.

Those “troubling potential implications” are what concerns Macedonia, an OB/GYN and retired U.S. Army officer who made national news for helping to change the military’s approach to dealing with brain trauma from concussive blasts.

Many of the women who received ultrasounds at Lancaster General had high-risk pregnancies and needed quick turnarounds on their results, Macedonia said. Without those results, doctors wouldn’t have been able to diagnose dangerous conditions such as cardiac defects or placental abnormalities.

Penn Medicine has said nobody was affected by the delayed reports, but Macedonia said doctors needed the reports to be done on time.

“I know for a fact that there were patients that were delivered, where the doctors expected the reports to be done or were angry that the reports were not done,” Macedonia said. “And decisions had to be made regarding timing of delivery and other kinds of things.”

Macedonia said when he first learned about the ultrasound report backlog, he and another doctor drove to Penn Medicine in Philadelphia and met witth general counsel Lee Dobkin.

Macedonia said Dobkin dismissed him and the other doctor as “working for the competition,” and then Penn Medicine officials said they’d handle the backlog. However, Penn Medicine delayed any concrete plans, saying they’d wait until after the December 2017 holiday season, Macedonia said.

Macedonia and another doctor volunteered to help work through the patient backlog, but Penn Medicine wasn’t interested, he said.

Penn Medicine and Lancaster General didn’t respond to specific questions, but did provide the following statement in an email:

“LG Health determined that a backlog had developed in the completion of some ultrasound professional reports, remediated the problem and reported it to the Department of Health, all before the initiation of the federal investigation. LG Health cooperated fully with that investigation, as part of its longstanding commitment to compliance.”

It isn’t clear what changes Penn Medicine may have made to ensure the problem hasn’t continued to happen.

That is also part of Macedonia’s concern.

“Look at it from the patient perspective,” Macedonia said. “If you were a pregnant woman, you went in and you had an exam done, and you had the expectation that that exam was going to be reported out and the doctors were going to know about it, and you found out that they didn’t do that, you would be horrified.

Editor’s note: This story has been edited to correct a typo.