An entrance to Garden Spot High School in the East Lancaster County School District is seen on March 14, 2019.

The ACLU of Pennsylvania says the district is inviting a lawsuit.

A transgender locker room policy is set to take effect later this month in one south central Pennsylvania school district, despite concerns from the superintendent about how it will be enforced.

The board of the East Lancaster County School District voted in April to require students to use bathrooms or locker rooms of the sex they were assigned at birth — or to use private facilities. That policy was put on hold in May after Superintendent Robert Hollister told school board members he would not discipline transgender students who refused to comply with the new policy.

“It would be a violation of the law, as I understand it as a superintendent,” Hollister said, adding, “I won’t ask the administrators to pull the transgender student out of those areas, because of the ramifications of that, because of trampling on that student’s rights.” 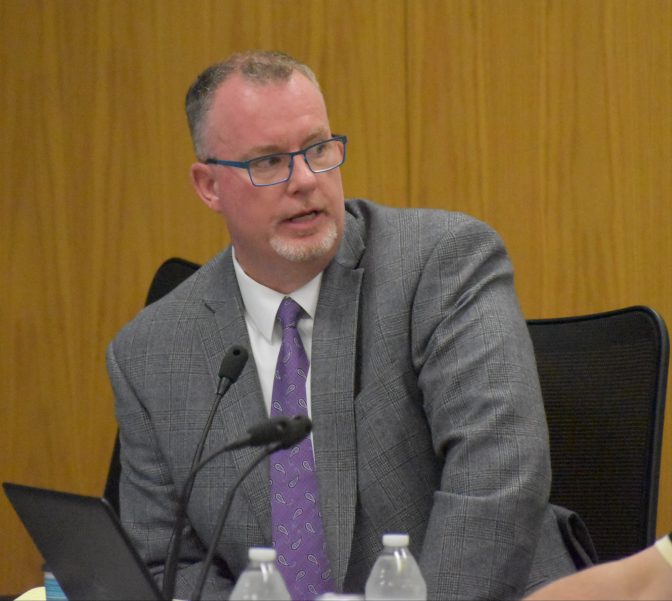 Robert Hollister, a superintendent in Eastern Lancaster County School District, speaks during a meeting on March 14, 2019.

The policy was created after hundreds of community members showed up at board meetings, many of them there to criticize the district’s practice of allowing a transgender student to use the locker room and bathrooms that matches his gender identity.

In July, the board retained an attorney from the Harrisburg-based Independence Law Center to assist them with the “biological sex” policy. The center, which describes itself as a public-interest law firm affiliated with the Pennsylvania Family Institute, had represented students and parents in a recent unsuccessful lawsuit against Boyertown Area School District, which has a policy that is friendly to transgender students, allowing them to use the facilities that match their gender identity.

In an email, Randall Wenger, chief counsel for the Independence Law Center, said the East Lancaster policy is based on “the real anatomical differences between the two sexes that are relevant in these spaces.”

Wenger said the district will have 13 private facilities available for all students to use without special permission and for any reason. The school plans to completely eliminate multi-user locker rooms by the second semester, Wenger said.

With East Lancaster students set to return to the classroom on August 26, Hollister said he hasn’t received any formal regulations from the board’s attorney for how administrators should implement the policy.

“They have not been presented yet or approved,” Hollister said in an email Monday. “I am hopeful that they will include an appropriate level of administrative discretion so that the transgender students and their rights are appropriately protected.”

Naiymah Sanchez, trans justice coordinator for the ACLU of Pennsylvania, said the “biological sex” policy puts students at risk. She pointed to her personal experience in high school, where administrators passed a policy requiring her to use facilities that match the gender she was assigned at birth.

“I was verbally assaulted, physically assaulted,” Sanchez said. “Emotionally I just declined. …It’s a slew of problems that follow.” 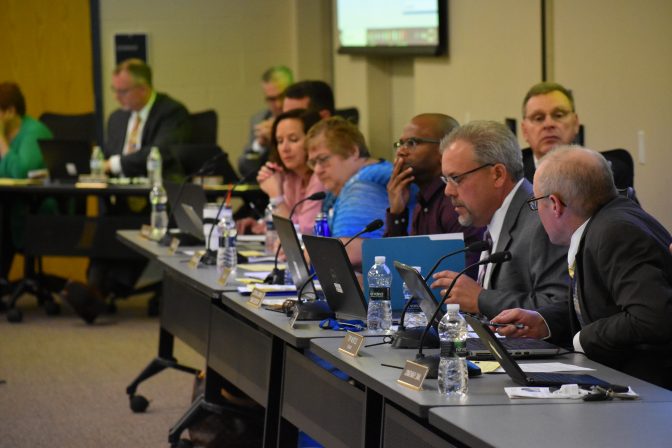 While the U.S. Supreme Court hasn’t decided the issue, Walczak said, “almost every court that has looked at this issue has ruled in favor of the trans students.”

For instance, in 2017, an Allegheny County school district agreed to pay $20,000 each to three students — who had since graduated — and $75,000 for attorney costs after a federal court blocked its “biological sex” policy.

Walczak said the ACLU of Pennsylvania has urged the district to allow students to continue using facilities that match their gender identities.

As for enforcing the policy, Hollister said the board does not have to approve administrative regulations for all policies.

But for controversial ones, administrators ask the board to formally approve them. Hollister plans to do so for the “biological sex” policy.

Wenger said more information about implementing the new policy will be presented on Monday, the day of the board’s next meeting — and one week before the new school year.