Stephanie Sun, a commissioner with the Governor's Advisory Commission on Asian Pacific American Affairs, speaks with a breakout group from Pennsylvania's South Asian community during the Asian American/Pacific Islander Town Hall On The 2020 Census on Saturday, September 7, 2019.

2 out of 5 Asian Pacific American households in Pa. risk going uncounted in census

Nearly 24,000 Asian American or Pacific Islander households in Philly may not be properly counted in 2020.

(Philadelphia) — Roughly 40% of Pennsylvania’s Asian American and Pacific Islander community is at risk of going uncounted in the 2020 census, according to Governor Wolf’s Advisory Commission on Asian Pacific American Affairs.

The effects of such an undercount would ripple across the state in myriad ways — from the loss of funding for hospitals, schools and community organizations, to the drawing of district lines.

With that threat looming, Asian community leaders from across Pennsylvania came to the University of Pennsylvania on Saturday to talk about ways to ensure people get counted in March 2020, when the U.S. Census Bureau launches its online form.

Throughout the meeting, community leaders brainstormed workarounds for the obstacles they see playing out as the federal government does its mandated once-a-decade population count. 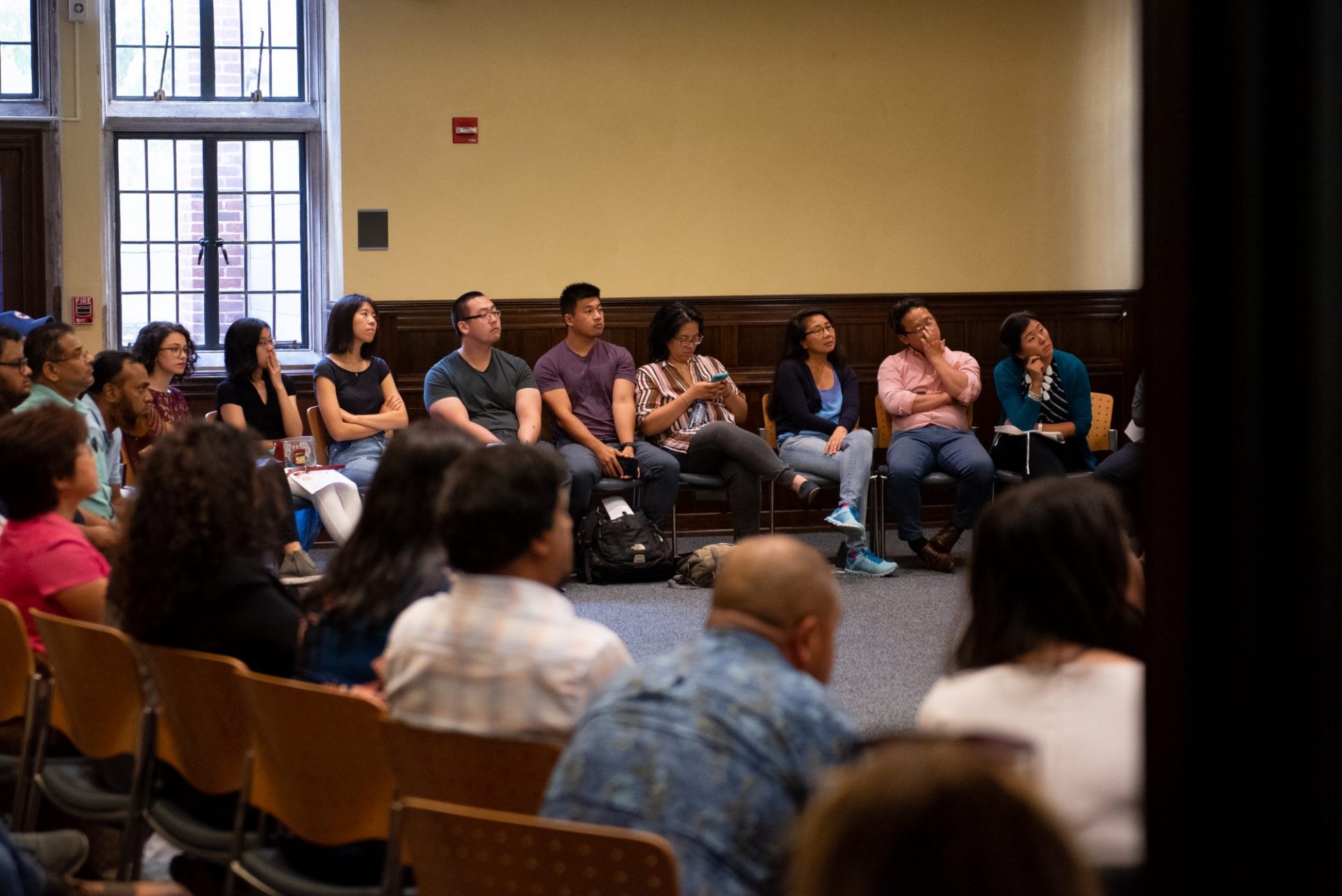 Attendants listen to a presentation during the Asian American/Pacific Islander town hall on the 2020 census at the University of Pennsylvania on Saturday, Sept. 7, 2019.

Language barriers came up repeatedly as a major hurdle for the AAPI community. 2020 marks the first-ever census that will be available online. Households can expect to receive three postcard reminders to fill out the census online starting in March. But if the postcard that arrives is written in a language unfamiliar to the home’s residents, it could serve as a deterrent to participating.

“When we are thinking about reaching out to our communities, what does that mean when the census is primarily in English, followed by Spanish, but we have a whole bunch of community members who speak neither of those languages?” said Mohan Seshadri, executive director of the commission.

How the census miscounts communities

Philadelphia County has the highest AAPI population in the state — and also the highest risk for people not being counted. Nearly 24,000 Asian American or Pacific Islander households in Philly may not be properly counted in 2020. 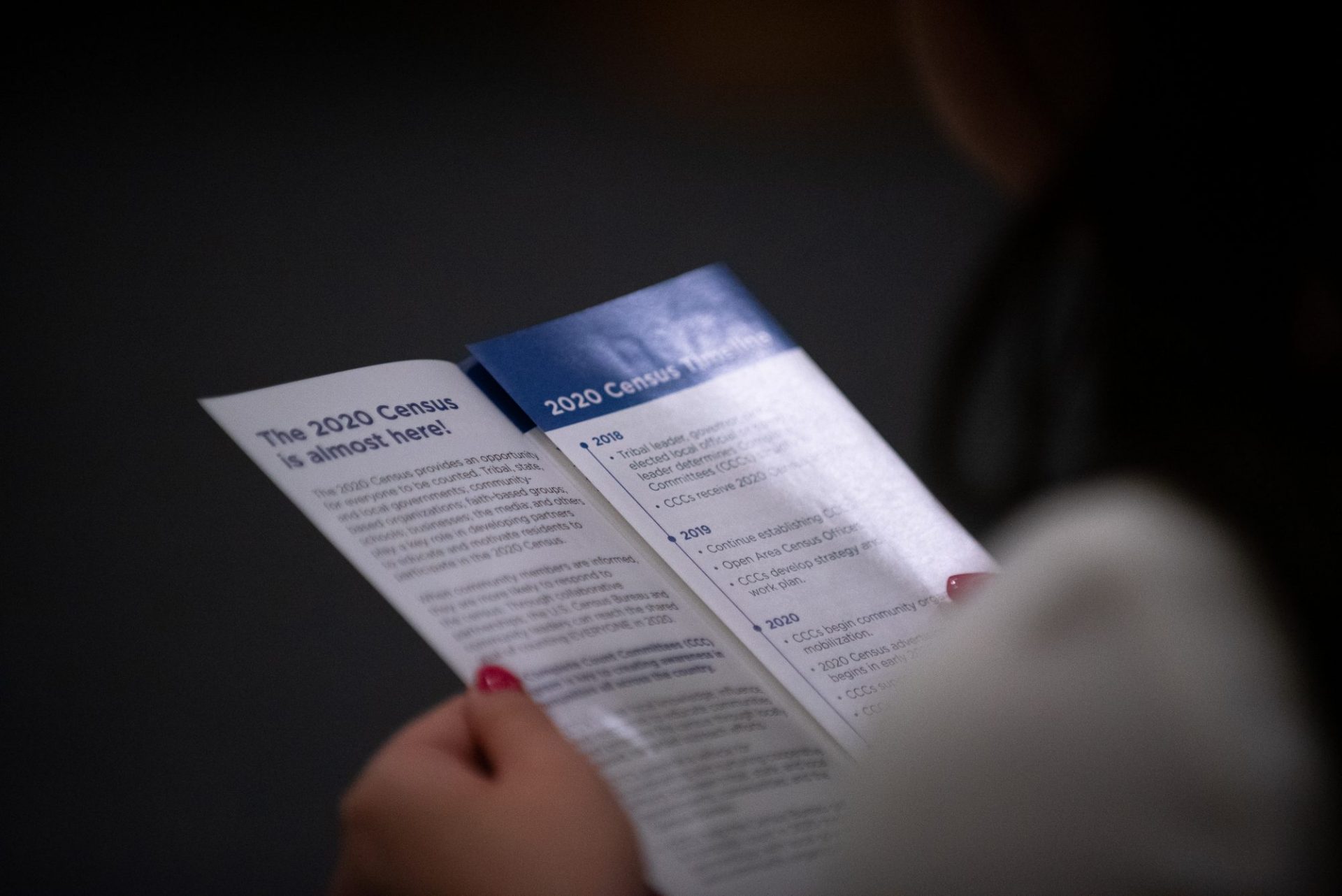 A guest reads information on the 2020 census during a town hall at the University of Pennsylvania on Saturday, Sept. 7, 2019.

Sun said one of the biggest ways the census could lose data on AAPI households in Pennsylvania is when census workers knock on their door. This happens after several attempts via mail to get the household to respond either via online, phone or mail.

If nobody answers, the census employee will ask neighbors to estimate the number of people living in the house, or they may decide themselves based on their own calculation of an average household and the neighborhood’s racial makeup.

Sun said in some Asian communities multiple generations of families often live in one house.

“So, it can be one house having 10 people, or even more people living together,” Sun said. “But if nobody takes any action to do the self-response to the census…the census bureau can say, ‘OK, this neighborhood seems like most of the households are Caucasian so I will put 2.5 for this household.’”

Meeting immigrant communities where they’re at

Another complicating factor for the AAPI census count is trust. In an era of heightened immigration enforcement, many communities of color report waning trust in the federal government. There are also concerns about whether a question regarding citizenship will be on the 2020 census. Such a question will not appear, after the Trump administration’s push to include citizenship on the document was permanently blocked by courts this summer.

During a breakout session at the town hall, groups discussed ways to talk to their fellow AAPI community members about the census. During the 2010 census, roughly $500,000 was allocated to support community outreach, but there is no federal funding for 2020. 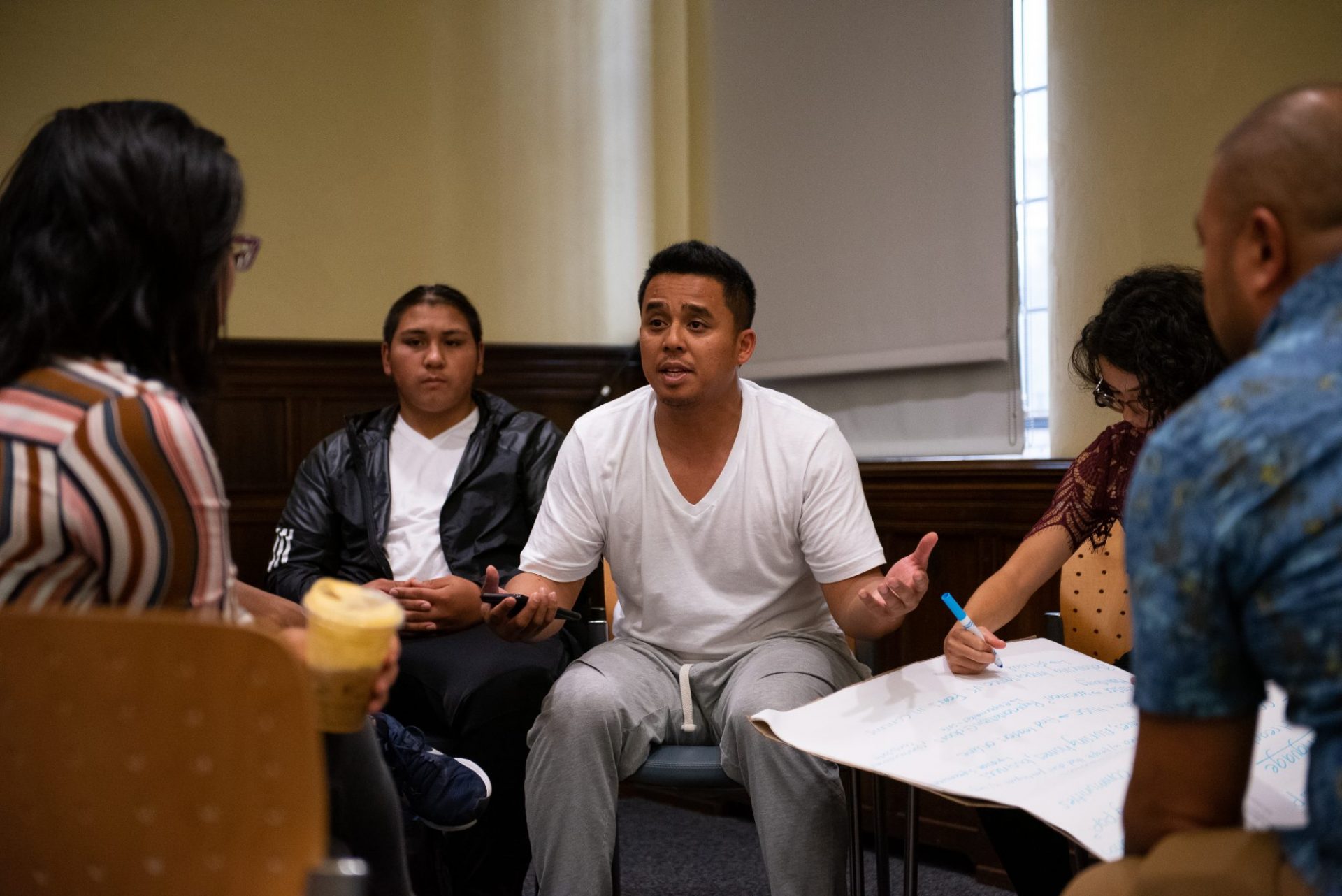 Vandeth Sek discusses the 2020 census with a breakout group at the University of Pennsylvania on Saturday, Sept. 7, 2019.

Although the stakes are high, Nancy Nguyen of Philly-based community organization VietLead said this is the time to bring Asian communities out of the shadows.

Nguyen and others offered plenty of ideas for getting people interested in the census. One idea was simply telling people why it mattered: The count dictates how much money goes to public schools, and the amount of federal cash that the city gets to fill potholes.

Other suggestions were to use popular Asian social media apps like WeChat, or tabling at churches, temples and Asian businesses to meet people where they’re at.

On Sept. 17 — which is also National Constitution Day — the city’s hosting its largest 2020 census event so far. Plans include 60 Census Champion trainings across the city to give residents the proper knowledge to answer questions in their community about the 2020 census. The training will be held in seven different languages, including Mandarin and Korean.

Because of the lack of outreach funding tied to the 2020 census, Sun also stressed it’s more important than ever for the AAPI community to be employed as census workers.

“That’s why we need to work harder to mobilize as many as possible community leaders and folks to do the work,” Sun said. “The more AAPI folks that can be hired, the more trusted messenger who can understand the culture, language, who can really efficiently communicate with the community.”

‘We’re not irrelevant’: Philly seniors say retirement is the best time to protest