Though white people are more at risk to develop skin cancer, people of color are more likely to be diagnosed once the cancer is more advanced.

(Philadelphia) — Just because you don’t sunburn easily doesn’t mean you’re safe from skin cancer. Yet across the Philadelphia region, doctors and others say, members of the Latinx community aren’t protecting themselves enough from the sun’s effects.

“Because either they haven’t necessarily been seeing a dermatologist their whole lives because it hasn’t really been taught to them necessarily, or they didn’t necessarily think it was a major risk to them,” said Cory Simpson, a clinical instructor at the University of Pennsylvania’s dermatology department. 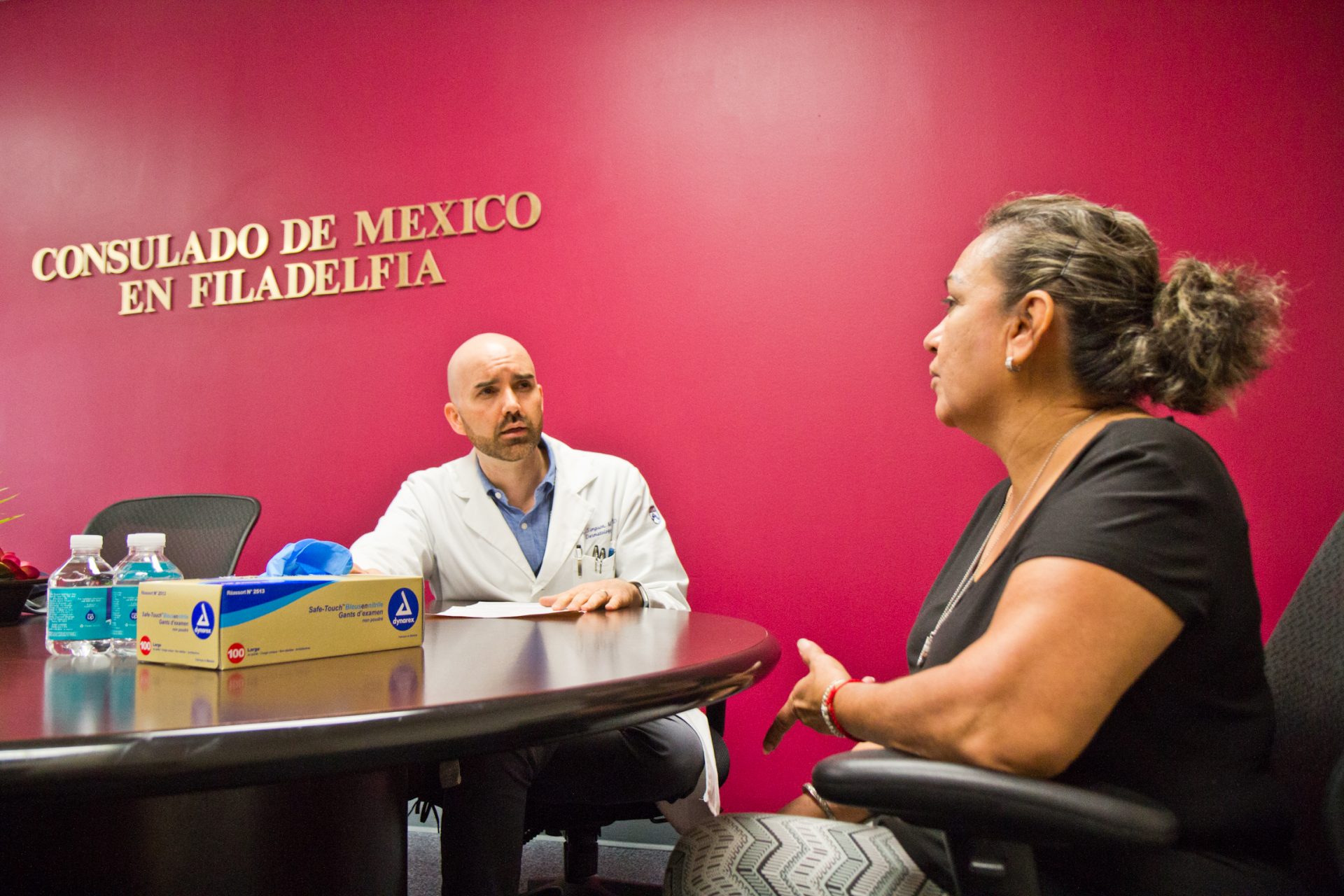 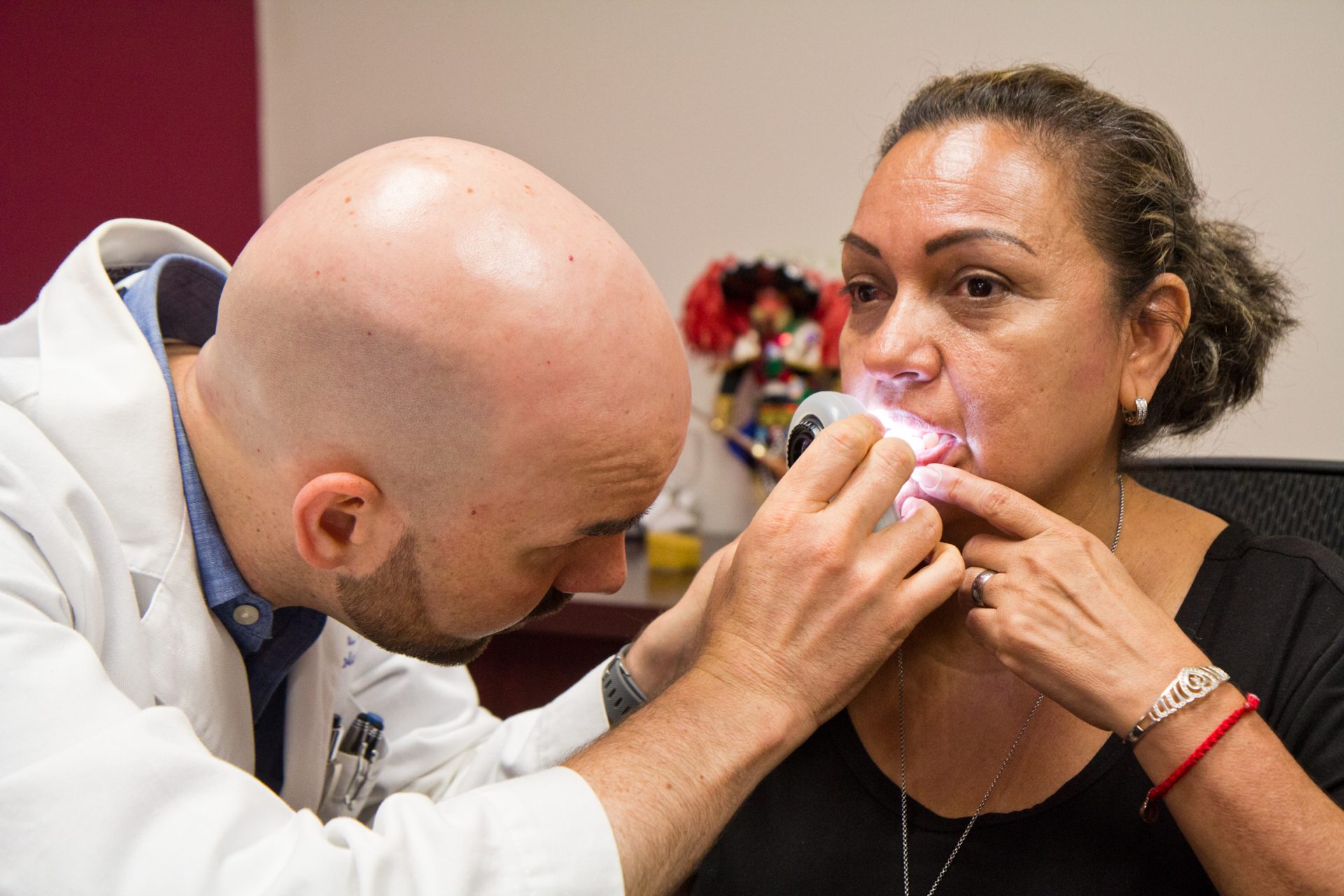 In hopes of highlighting the risks of skin cancer, Simpson ran a free screening clinic this week arranged through a partnership between the American Academy of Dermatology’s SPOTme program and the Mexican Consulate of Philadelphia.

The program runs cancer screenings at churches, clinics and more than a dozen Mexican consulates in the United States, with a focus on reaching outdoor workers especially.

Diocelina Zabalo Aguilera said skin cancer never crossed her mind, not even when she popped what she thought was a pimple twice and saw it grow a centimeter each time.

She didn’t grow up wearing sunscreen and checking skin marks or moles in her native Mexico.

“Moles for someone were like, ‘Ah you got a mole? What a nice mole,’” she said.

Now, her attitude is completely changed. She’ll lather her skin in sunscreen and duck under an umbrella when it’s sunny.

“I try not to go outside midday, I protect myself from the sun because cancer is a big worry for me,” she said after seeing Simpson for a free screening.

Zabalo Aguilera told Simpson that she was worried about some moles that had appeared on her inner lip and were causing her pain. They turned out to be inflamed veins that required monitoring.

But during the consultation, Simpson reminded Zabalo Aguilera that due to her brush with cancer, she needed to see a dermatologist once a year.

Tuesday’s meeting with Simpson marked the first time Zabalo Aguilera had seen a dermatologist since her cancerous mole was removed nine years ago. She came to Philadelphia from Wilmington because she heard about the screening while on a trip here from Mexico to visit her sister.

Still, turnout was low for the free screening, which takes place four times a year at the consulate at The Bourse in Philadelphia. Zabalo Aguilera was one of 10 people who took advantage of it.

Work schedules, immigration status, and fluency in English pose barriers to care, according to Simpson, who speaks Spanish.

So does a lack of knowledge about harmful exposure to the sun. 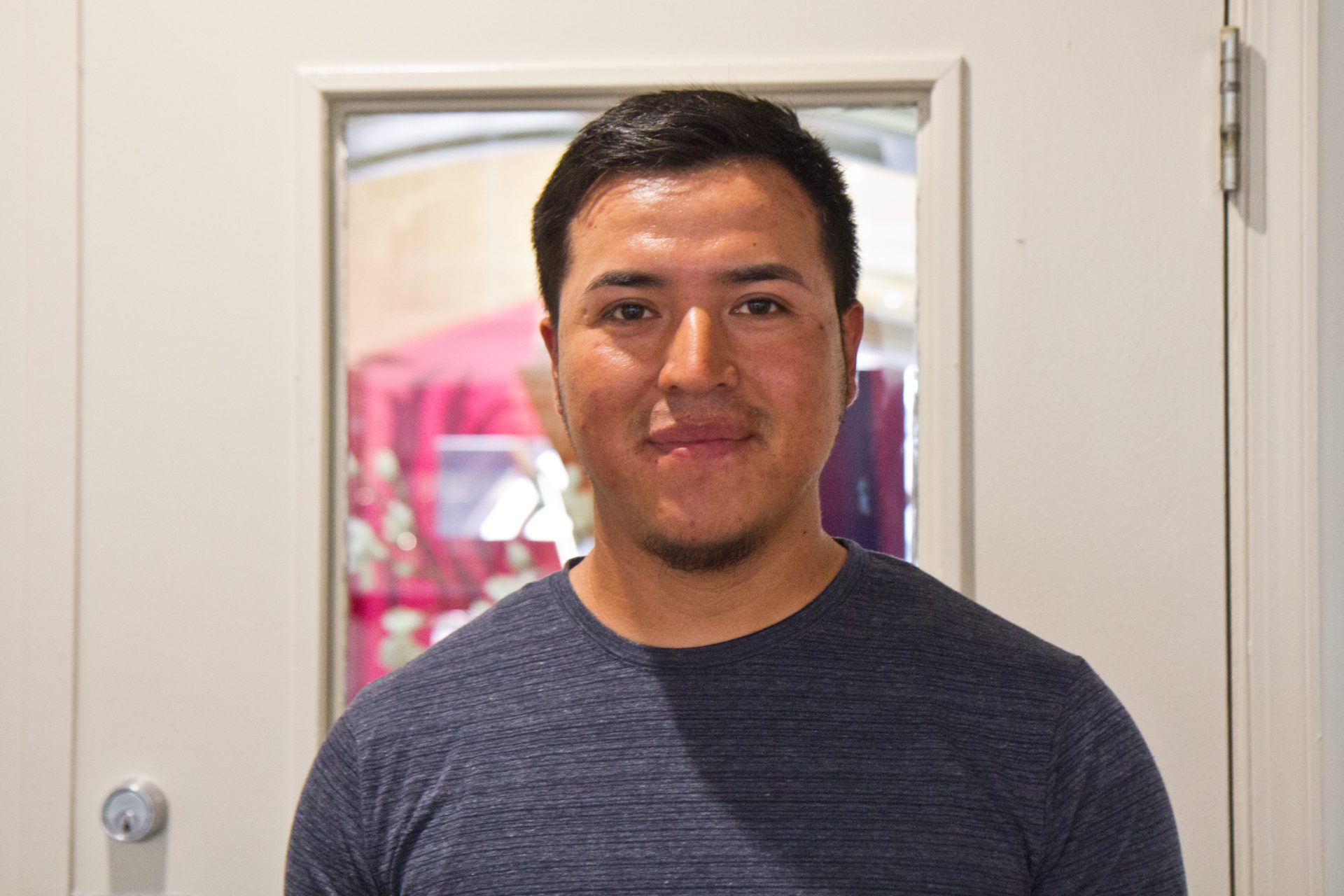 Sergio Fiores works outside and tries to take care of his skin, including a skin cancer screening at the Mexican Consulate in Philadelphia.

Sergio Flores, who lives in South Jersey and spends hours outside landscaping, said most of his co-workers don’t take precautions against the sun the way he does.

“Normally, I cover my face, my arms, I put on sunblock,” he said as he left Simpson’s makeshift doctor’s office.

Still, Flores had never seen a dermatologist before meeting with Simpson — he’s uninsured and typically working, he said. His precautions against the sun’s rays are only a recent lifestyle change requested by his wife.

Flores left with a yellow sheet of paper that reported no strange moles or other areas of concern.

Dafne Tuz and Humberto Cruz are with the Mexican Consulate of Philadelphia and helped organize and spread the word of the screening. 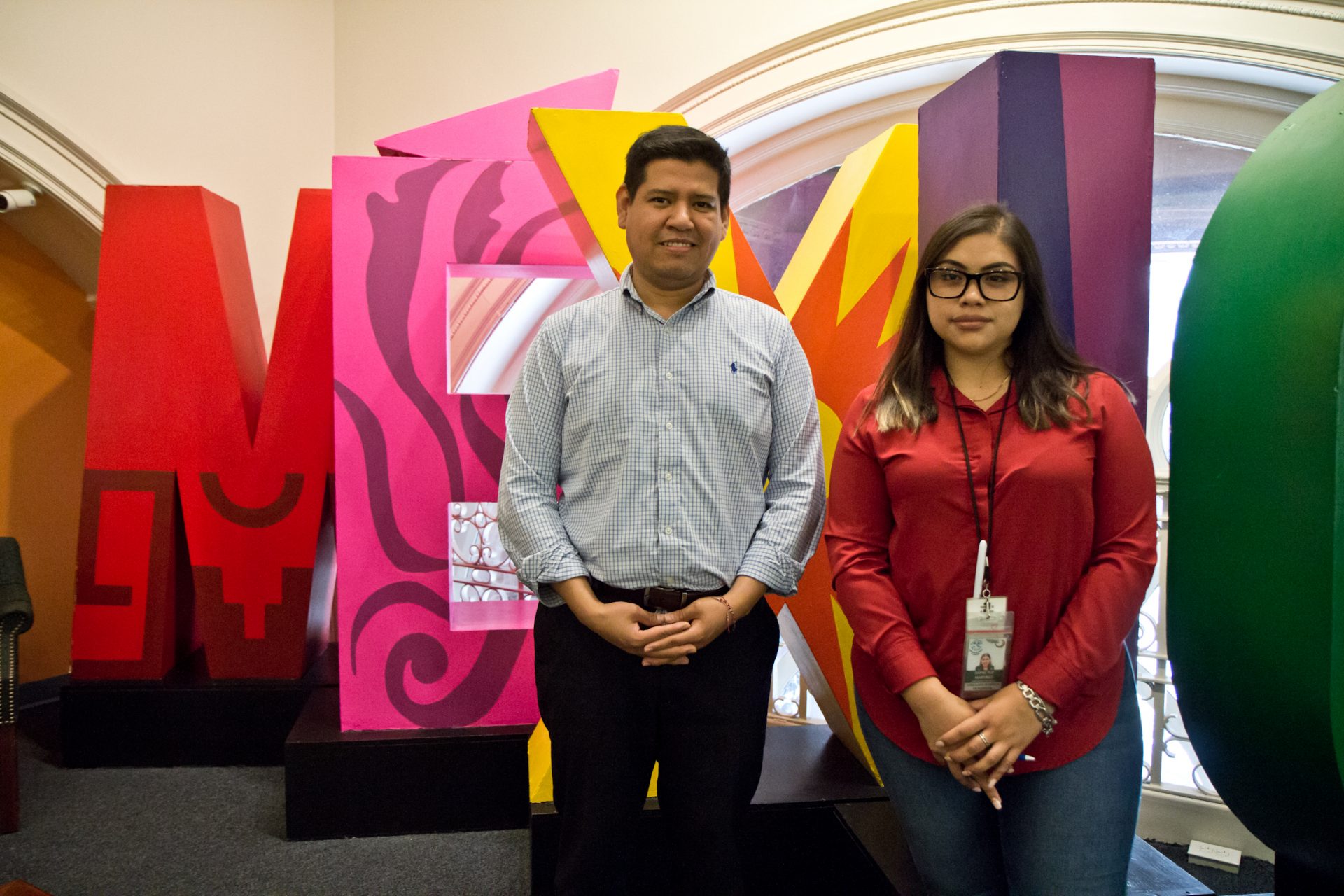 Humberto Cruz (left) is the coordinator for community efforts and Dafne Tuz Martinez coordinates the health program at the Mexican consulate in Philadelphia.

They worried that the people most at risk weren’t flooding their free quarterly screenings.

“There are people who suffer symptoms and have these cancerous melanomas, and they don’t know it. These are migrants who have worked in the fields, or have worked in situations where they’ve been exposed to the sun for long periods of time,” Cruz said.

Though it’s hard work, Cruz and Tuz aim to eventually fill these screenings with dozens of people each time.