George Watson's natural gas wells on his Center Township, Greene County land put him at the head of a global supply chain that stretches to Europe and other parts of the world.

StateImpact Pennsylvania’s Reid Frazier recently followed Marcellus shale gas from western Pennsylvania to Scotland. This is the first in a series of stories about the path of the gas and the people, businesses and communities it affects. The next story will look at the impact American shale gas is having in Scotland.

At the top of a hillside on his 200-acre cattle farm in Greene County, southwestern Pennsylvania, George Watson peered over a well pad on his property.

He counted out nine well-heads — each the terminus of a borehole that reaches a mile underground, then turns horizontally for several more miles, following a carbon-rich seam below the green hills here. On hilltops all around there are wellpads, equipment, and clearings that reveal a vast array of drilling infrastructure.

Watson, like many in Pennsylvania, has experienced some of the benefits of fracking — hundreds of thousands in royalties and other payments. “I’m making some money off these wells, not gonna lie to you about that,” Watson said.

And he’s had some bad — he’s fought over royalties and dead cattle he blames on toxic spills, and over land subsidence and soil erosion he blames on drilling operations.

Like others in this gas-heavy part of the state, Watson is at the head of a global supply chain. It begins on his farm and ends up as plastics and chemicals half a world away, as the plastics industry increasingly relies on dirt-cheap American shale gas to feed its chemical plants and the globe’s growing hunger for plastics.

The nine wells on Watson’s property are producing over a billion cubic feet of gas a month, according to state records. Most of the gas coming out of Marcellus shale wells like these in Pennsylvania is methane — which is sent to fuel power plants, heat homes and power industrial equipment.

But there are other gases coming out of these wells, including ethane, a common raw ingredient in petrochemicals and plastics. A few miles north, Shell is building a $6 billion chemical plant to convert some of the region’s ethane into plastic.

But so much ethane is coming out of the ground in Pennsylvania, and other drilling hot spots around the country, that chemical plants in the U.S. can’t use it all.

So companies are shipping American ethane all over the world, fueling a global boom in plastics that is expected to accelerate in the decades to come.

The ethane has to go somewhere

A glut of ethane and other “natural gas liquids” — called that because they are sold in a compressed, liquified form — like propane (the tank in your backyard gas grill) or butane (Zippo lighters) are flooding American markets and have to go abroad, said Steve McGinn, an editor of chemicals for the trade publisher ICIS.

“These barrels (of ethane) have to find a home,” McGinn said. “If we weren’t exporting ethane right now, they’d be giving it away for free.”

Companies are shipping the ethane to chemical plants in Europe, Brazil, India and China.

He said ethane is the base for a broad array of plastics and chemicals — everything from plastic bottles to clothing to medicine. Chemical companies use heat and steam to “crack” ethane into intermediate chemicals that can then be processed into finished products.

And there’s more ethane in the U.S. than ever. The fracking boom has essentially doubled the amount of oil and gas the U.S. produces in the last decade. But it’s also allowed companies to tap into rock deposits, like the Marcellus and Utica shales, which are high in ethane.

“The gases produced from these shale formations is significantly richer in natural gas liquids than conventional gas would be,” said Warren Wilczewski, an industry economist at the U.S. Energy Information Administration.

Ethane is chemically very similar to methane, Wilczewski says, but methane is a smaller molecule. So in some rock formations, like the Marcellus shale, methane will leak out of tiny pores, while ethane remains trapped.

“The smallest molecule of methane is more likely to percolate up…than the larger molecules of ethane,” Wilczewski said.

In the U.S., ethane production is expected to keep growing: By 2025, ethane supply in Appalachia is expected to be 20 times what it was there in 2013.

In 2011, this abundance caught the attention of the Switzerland-based chemical company INEOS. The company was looking for a new ethane supply for its chemical plants, which were reliant on the declining North Sea oil fields.

“INEOS looked at the United States where ethane supply was growing, and especially in the Appalachian region where ethane had, like, no place to go,” Wilczewski said. “And they recognized an opportunity.”

A virtual pipeline across the Atlantic

The company hatched a plan to move ethane across the Atlantic to chemical plants in Europe. INEOS officials did not agree to an interview for this story, but company CEO Jim Ratcliffe said in 2013 that importing cheap American shale gas was necessary to save the company’s European chemical plants.

“I think for some of these assets in Europe it’s the only way they can survive, if we can bring some of the U.S. economics across to Europe to feed these big assets that we’ve got over here,” he said in a video posted by the company. 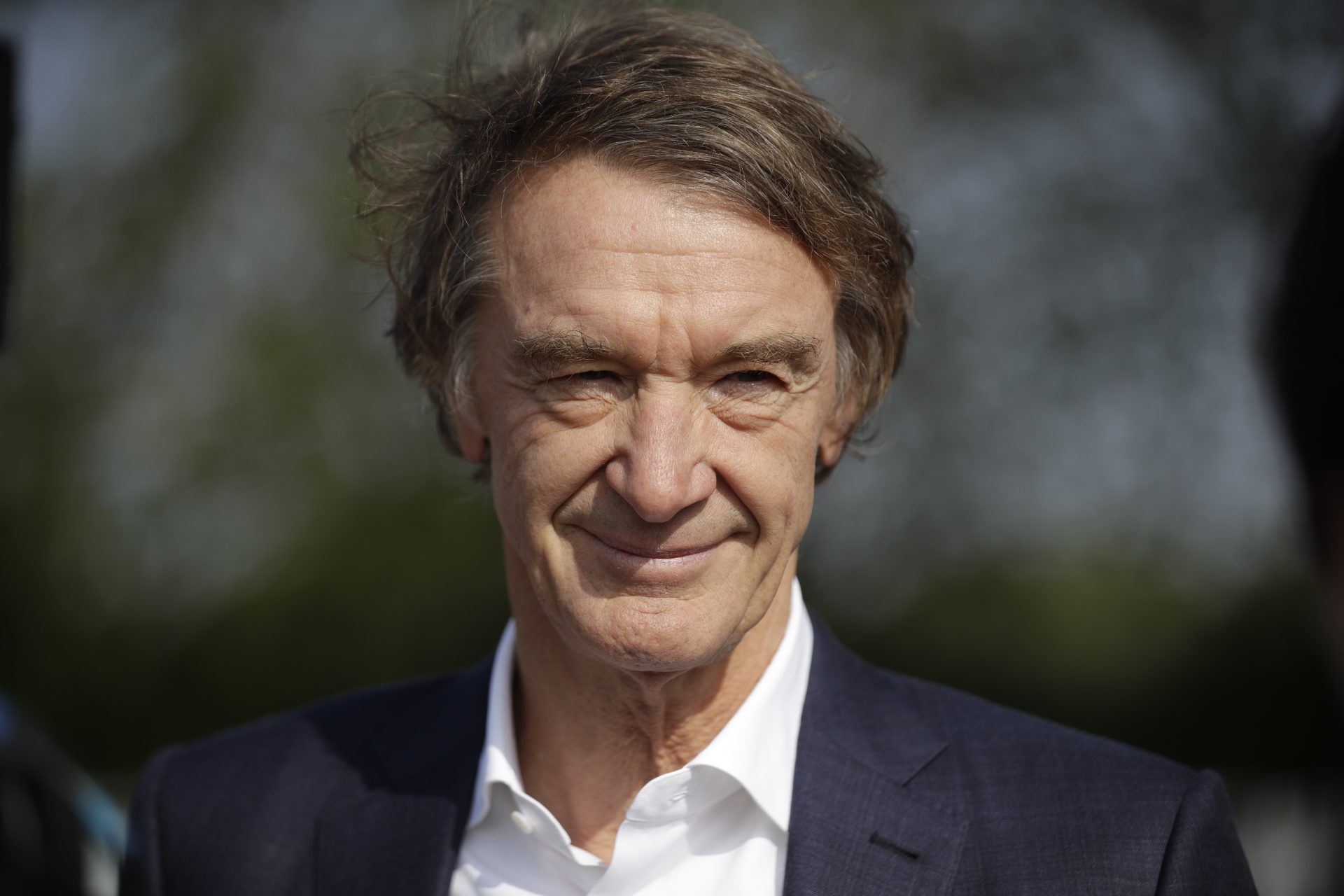 Jim Ratcliffe, the founder of the INEOS Chemicals company, said in 2013 that the only way to save the company’s European chemical plants was “if we can bring some of the U.S. economics across to Europe to feed these big assets that we’ve got over here.”

INEOS commissioned a fleet of ships to carry ethane across the Atlantic, from Marcus Hook, a port near Philadelphia, to its plants in the UK and Norway. But before it could do that, it had to get the gas to Philadelphia.

To bring the gas across Pennsylvania, INEOS partnered with Sunoco Logistics, which agreed to build a new pipeline system, the Mariner East, through the southern part of the state. The project has been controversial. Construction has resulted in dozens of spills, sinkholes, and complaints of water contamination, and the plant’s environmental problems are the subject of a criminal investigation.

Also, Pennsylvania allowed Sunoco to use eminent domain to build the pipeline across the properties of dozens of landowners. One of them was Ellen Gerhart, who wanted to keep her Huntingdon County property forested.

Eminent domain is generally used for projects that will benefit the public. Gerhart thought a pipeline that sends Marcellus shale gas to overseas chemical plants did not fit that description

“It’s not carrying anything that can be used for home fuels or vehicles anything like that. It’s all going to Marcus Hook,” she said in 2016.

That year, the first ships carrying ethane from Marcus Hook arrived at INEOS’ Grangemouth ethylene cracker, which allowed the plant to ramp up production. The company is also shipping gas to other chemical plants in the UK, and plans to build a new chemical plant in Belgium to process the gas.

“I can’t underestimate the importance of the American shale gas and the feedstock costs for INEOS,” said Kevin Ross, president of the Scottish Plastics and Rubber Association and owner of a plastics testing company near the Grangemouth plant. “It is driving investment decisions into Grangemouth which wouldn’t have been made if it wasn’t for the availability of the shale gas.”

A global boom in plastics

“That allows for an opportunity for petrochemicals to grow in terms of their relative importance in the overall oil demand market,” Van Dinter said.

The petrochemical industry is expected to account for more than a third of growth in world oil demand by 2030, and half of all growth by 2050, according to the International Energy Agency.

Van Dinter said as millions of people move into the middle class in countries like China, they’re going to consume a lot of plastics.

“If you’re adding plumbing to a home, you’re going to use PVC pipe. You might be using insulation, which is going to be derived from petrochemicals. You may buy your first car as you move into the middle class,” she said. “Even if it’s (an electric) car there’s a lot of plastic components in that car.”

Back on his farm, George Watson says he’s not surprised that Pennsylvania gas is helping companies far away. Countries often send away commodities they can produce more cheaply than other countries.

“They definitely benefit from it,” he said. “But, you know, that’s how the world plays it.”

An Erie biology professor felt like he couldn't control what's happening in Washington. Then he led a campaign against a polluting coke plant in his community