Kevin Maxson, a former inmate at Dauphin County Prison, goes through his letters and bills from his time locked up. A PA Post investigation found that six counties charged close to $15 million in fees to prisoners. (Joseph Darius Jaafari/PA Post).

Paying rent to your jailers: Inmates are billed millions of dollars for their stays in Pa. prisons.

Ever since Cindy Keller’s son, Matthew, was locked up for a second time this past November in Lebanon County Correctional Facility, she worries about how much he eats.

“He’s always been a picky eater,” she said.

When the two talk every few days, she says Matthew complains about the food he’s served. It’s tasteless, he tells her, and he wouldn’t even give it to animals.

To help her son, Cindy started depositing between $50 to $100 a week into Matthew’s account, money he could use to buy food from the prison commissary, such as packaged ramen noodles, cookies, or peanut butter and jelly to make sandwiches.

Cindy said sending that money wasn’t necessarily an expense she could afford. “No one can,” she said.

So far in the past month, she estimates she sent Matthew close to $300. But in reality, he only received half of that amount. The balance goes straight to the prison to pay off the $1,000 in “rent” that the prison charged Matthew for his prior incarceration.

For over two decades, Pennsylvania’s jails have increasingly taken up the practice of charging rent to inmates. Every jail charges differently, but the fees range from $5 a day for a first-time offense to more than $70 a day if the person continues to return, either for violating their parole terms or being arrested for committing new crimes.

We’re tracking how much inmates and family members are paying for incarceration. Send us copies of your bills by emailing us here, or tell us your story in the form below.

A PA Post examination of six county budgets (Crawford, Dauphin, Lebanon, Lehigh, Venango and Indiana) showed that those counties’ prisons have collected more than $15 million from inmates — almost half is for daily room and board fees that are meant to cover at least a portion of the costs with housing and food. Prisoners who don’t work are still expected to pay. If they don’t, their bills are sent to collections agencies, which can report the debts to credit bureaus.

Prison wardens defend the practice and say charging the fee teaches financial responsibility while also easing the burden on taxpayers who are paying for the rising costs of incarceration.

A recent analysis by Howmuch.net, a financial data-driven news site, found that in 2016, Pennsylvania spent $42,700 per inmate, a 21 percent increase from 2006.

But prison rights groups and financial experts say there are smarter ways to teach financial responsibility without putting inmates in further debt or damaging their credit. Also, they argue, people being forced to live in a prison shouldn’t have to pay.

“We as a society decided to put them there, and then we’ve told them to pay for it?” said Joanna Weiss, co-director at the Fines and Fees Justice Center, a bipartisan financial justice group in New York. She said the practice was, “egregious on so many levels.” 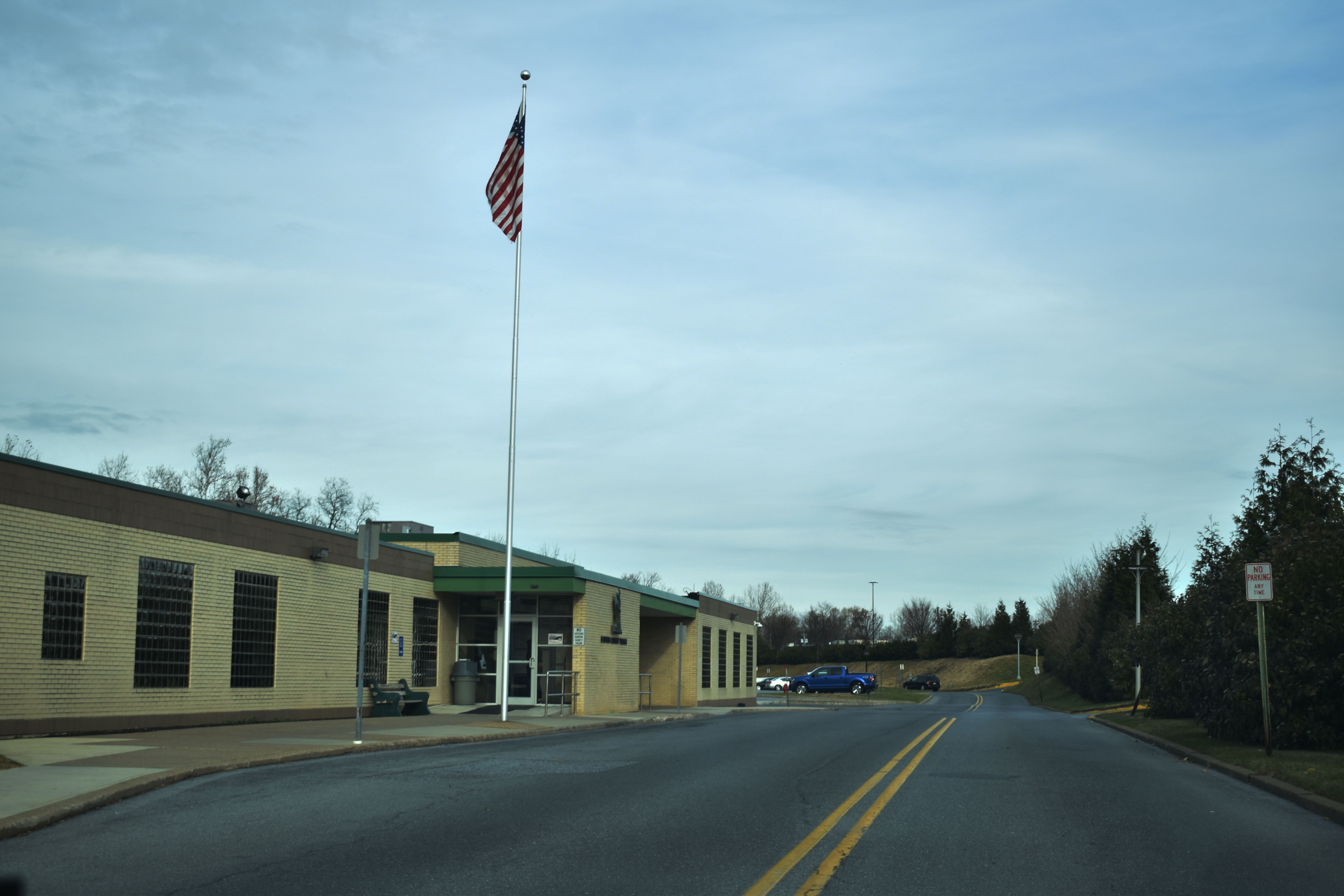 This trend isn’t unique to Pennsylvania. To offset the increased costs of incarceration, jails and prisons across the nation have turned to inmates to help pitch in through a melange of fees, separate from the fines imposed by courts or probation. The fees vary, from a few cents a minute to read an e-book to a few dollars to visit a doctor.

Other revenues come through commissions from third-party businesses that provide services, such as telephone calls. For example, PA Post found that in the six counties, prisons collected at least $4 million entirely from inmates and their families who paid for phone calls.

Still, most of the money raised by jails and prisons comes through requiring inmates to pay for their room and board.

“I’m not paying them to lock me up.” – Inmate at Dauphin County Prison

Lebanon’s facility was one of the first in the state to start charging inmates, and called the practice a “cost recovery program.”

In 1999, an inmate sued the jail for a $4,000 room and board bill that went to debt collectors, saying the charges were a form of “cruel and unusual punishment.” But the third circuit court ruled that the practice was legal because it didn’t deprive inmates of their basic necessities.

Since then, correctional facilities in Pennsylvania have collected millions of dollars from inmates. Between 2014 and 2017, the Indiana County Prison — which has an average inmate population of 87 people — collected nearly $3 million from its prisoners. In the past five years, Lebanon’s jail collected just over $2 million in housing and processing fees.

Corrections officials say the fees teach inmates basic finances in managing their money, but criminal justice researchers say it’s not a realistic lesson for a population that is disproportionately poor. For perspective, in 2017, the Pennsylvania Department of Corrections and Department of Banking and Securities surveyed 1075 inmates in state facilities and found that 66 percent didn’t have a checking or savings account, according to Robin Wiessmann, the banking department secretary.

“We’re saddling people with debt who can’t afford it,” says Lauren-Brooke Eisen, acting director of the Justice Program at the Brennan Center for Justice, which recently published a report detailing how different states levy fines and fees against inmates across multiple states. “This system works against the goal of rehabilitation and creates a major barrier to people reentering society after a conviction.”

For prison wardens-turned-budget-hawks, inmates paying a portion of the cost of their stays makes financial sense.

In Franklin County, the cost to run the corrections facility this year rose to just under $1 million —  a 300 percent increase since 2006. Bill Bechtold, warden for the facility, said that his jail collects an average of $3,800 a month from inmates, money that helps “offset the costs of incarceration to the taxpayer.”

The revenue from inmates makes up a relatively small segment of the total costs of housing them, though. For example, Dauphin County Prison collected $370,000 in room and board fees last fiscal year, which represented less than one percent of the prison’s $43 million budget. On the high end, Indiana County’s collection accounted for less than 7 percent of its 2017 budget.

And the fees tracked on county budgets is usually far different from what prisoners may actually owe. Many times, prisoners just simply refuse to pay out of principle.

One inmate currently incarcerated inside Dauphin County Prison said he’s being charged $50 a day. He’s expecting a bill of $20,000 when he’s released next year; He says he won’t pay it.

“I’m not paying them to lock me up,” he said over the phone.

Kevin Maxson, who famously ran for county commissioner this year from his jail cell in SCI-Camp Hill, said his two prior stints at Dauphin County Prison were “the worst times” in his life. He says he slept in vermin-infested cells, battled close-to-freezing cold temperatures and lived under a constant threat of violence. But what’s made it all the worse, he said, was that he had to pay for that experience.

In many counties, every time an inmate goes back to prison, the facility increases its daily room and board rate. When Maxson was incarcerated in 2010 for a parole violation, he was being billed $25 a day, he said. He’s paid off most of his fines and fees, but says he still is at least $1,200 in debt to the prison. 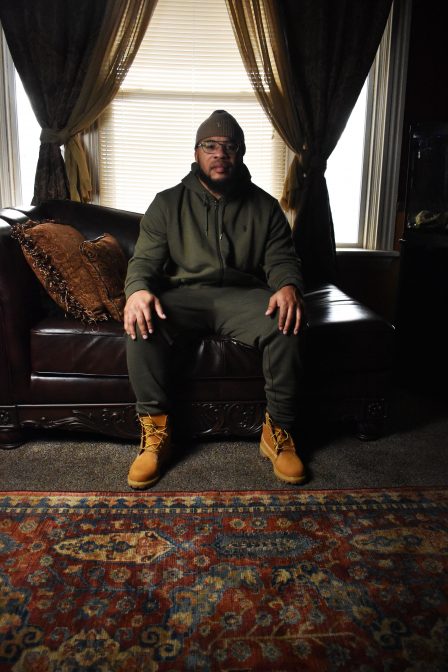 Kevin Maxson in his home in Harrisburg, Penn. Maxson was jailed three times stemming from a possession charge in 1999. He served in Dauphin County Prison twice and was released with a $1,200 bill, he said. (Joseph Darius Jaafari / PA Post).

Dauphin County Prison collected more than $2 million from inmates since 2014.

Multiple emails, calls and a visit to the prison requesting details on how much is charged to inmates — including trying to verify the amounts inmates said they were billed — went unanswered. But during a recent friends and family event held at the jail, officials conceded that it’s not unusual for inmates to rack up a debt of thousands of dollars from room and board fees.

In 2016, Lancaster County Prison officials saw that the disparity between what inmates paid versus what they owed was so high that they did away with the model. The year before, the jail billed inmates more than $1.7 million, but only recouped about 2 percent of that amount. A collections agency managed the leftover debt, but could only retrieve another $3,000 from inmates.

Tammy Moyer, director of administration for the Lancaster County Correctional Facility, said charging inmates for room and board was an administrative nightmare and an ineffective policy, so they replaced it with a one-time $35 processing fee. She said the prison now collects 82 percent of those fees, in comparison. Since 2016, Lancaster’s prison collected close to half a million dollars.

“In addition to improving our revenues, the inmates no longer hit the streets with a large bill that, if not paid, would affect their credit,” she said. “Reentry is difficult enough for this population. So it was definitely a win-win situation.”

But neither jails got rid of the practice, entirely. Inmates on work release at those jails still have to pay for their time, just through post-tax deductions from their paychecks. Lancaster’s correctional facility removes $50 a week or 20 percent — whichever is highest — from inmates’ paychecks. Berks also charges $75 for their first week on work release, and $50 a week after that.

For inmates on work release at Lebanon County, the prison removes up to $150 a week and applies it to past debts or court-imposed fines. The prison takes whatever is leftover.

Advocates argue that the costs of those fees are too high, especially since the vast majority of people on work release earn the minimum wage, and rarely work full time.

“These are people that need to be saving up for a place to go when they leave,” said Lisa Foster, co-director at the Fine and Fees Justice Center. “They will come back. And if they don’t have enough money, it’s likely they will re-offend to make ends meet.”

And as is the case in almost every prison, if an inmate has a debt on their account, half of  whatever money family members or friends send them will go toward their balance owed until it’s fully paid off.

For Matthew Keller and his mother, Cindy, that could be a while. And while he pays off his old debt, he’ll continue to accrue a new one — $20 a day until his expected release on March 27.

Correction: An earlier version of this story had the incorrect name for the Lancaster County Prison and the Brennan Center for Justice. The story is now updated.