Market Street Deli in York County, Pa., remained open on March 20, 2020, as businesses around it closed.

“Closed till further notice,” read the sign at one salon based at this shopping center located about five miles east of York city. “Together we can slow the spread of Coronavirus / Covid-19.”

Outside, two men took signs out from a printing shop, which was also closed for the day. A copy of the governor’s Thursday night order hung on the front window of a 24-hour laundromat, now closed. And a steady stream of people showed up at the gun shop only to find the front door locked and learn that the owner was granting entry by appointment only.

Inside the Market Street Deli, a board decorated with a rainbow and shamrocks offered beef stroganoff and cream of crab soup. Coates, her father, and another worker cleaned and waited for customers.

Coates, 49, is one of many business owners struggling to stay open as the coronavirus outbreak continues. She had already canceled dine-in options for customers, a response to an order the governor issued Monday.

She can still offer take out, but as more nearby businesses close and the push for social isolation increases, she sees fewer and fewer customers.

It’s a struggle facing business owners around the state. On Thursday, Wolf announced that he would start enforcing penalties against bars and restaurants that don’t comply with the previous order to halt dine-in options. He also ordered “non-life sustaining” businesses to shut down by 8 p.m. that night, though he delayed enforcement. Enforcement is now scheduled to begin at 8 a.m. Monday.

Republican leaders in the state House questioned whether the order was constitutional. 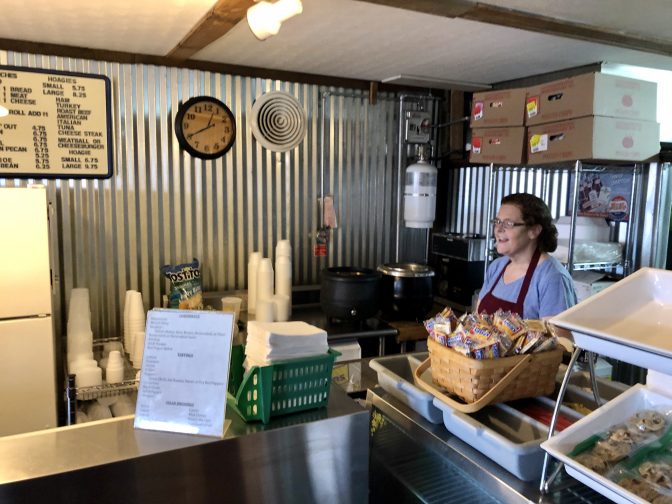 Mia Coates, owner of Market Street Deli, works inside the restaurant on March 20, 2020.

“These actions will shut down many small, family-owned shops and businesses, not only for the duration of this event, but possibly, and probably, forever,” they said in a statement.

Even before Wolf’s Thursday announcement, the state had a surge in layoffs as businesses scaled back operations in response to the coronavirus. About 70,000 people sought unemployment aid in a single day this week, The Associated Press reported. That’s six times higher than the total for the entire previous week.

The Pennsylvania Chamber, The Chamber of Commerce for Greater Philadelphia, and Greater Pittsburgh Chamber of Commerce released a joint statement Friday saying they were seeking “further clarification and modification” of the governor’s order. Later, after Wolf modified the list of businesses required to close, the chambers said they were pleased Wolf “was open – and continues to be open” to discussions.

In northwestern Pennsylvania, the president and CEO of the Erie Regional Chamber & Growth Partnership, James Grunke, said his organization is helping small businesses explore their options for loans and switching to remote services.

Kevin Schreiber, president and CEO of the York County Economic Alliance, said many businesses were still trying to wrap their arms around the risk posed by the coronavirus and the state orders that are aimed at slowing its spread.

“Businesses want to do the right thing, not only for the commonwealth but for their workforce,” Schreiber said in a text message.  “Most are doing their best to properly navigate and understand the nuances of the Governor’s order.”

How different businesses navigate the order could be seen outside Coates’s restaurant in York County. The closing of the center’s laundromat surprised her, though later in the afternoon Lt. Gov. John Fetterman clarified that laundromats can stay open. 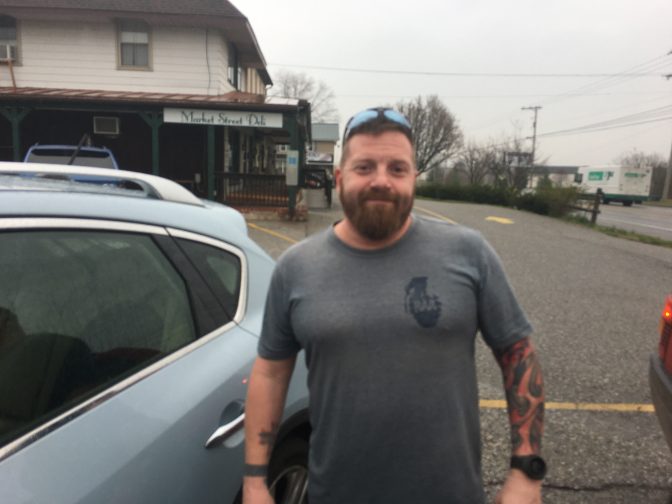 Keither Shocker went to a shopping center in York County hoping to buy ammunition March 20, 2020, but the store was only letting people in by appointment.

Finding the store only open to those with appointments, Shocker said he planned to drive to a few other shops to see if they were open. Still, he was generally supportive of the governor’s order.

William Bailey, 19, was another thwarted gun shop customer. He said he feels like a lot of people are panicking about the coronavirus.

“I guess it’s good that they’re trying to keep everybody not out to eat and stuff like that,” Bailey said, but he thought closing gun stores went too far. “I’m gonna be honest, I don’t like that. It’s kind of sketchy.”

A worker at the store, who didn’t give her name, spoke to a PA Post reporter through the shop’s glass door. She said the store was only open to complete transactions it began on Thursday. Once those are complete, she said, the store would close.

For Coates, the gun shop’s decision to close, at least temporarily, left her wondering if she would soon follow.

She bought the business nearly 14 years years ago, leaving an office job at a water treatment company. She has one employee who isn’t a family member. Already, she’s cut back hours, opening from 10 a.m. to 2 p.m. only.

She goes back and forth over how she feels about the closures ordered in hopes of breaking the coronavirus’s hold.

But if the restrictions work, she’s all for it.

The restaurant was still attracting some business Friday. Loyal customers, a husband and wife, stopped in. So did a man who ordered a pretzel roll.

Coates prepared the orders, talking with the couple about how China on Thursday reported no new local coronavirus infections.

As they left, she wished them well. Then she waited some more. 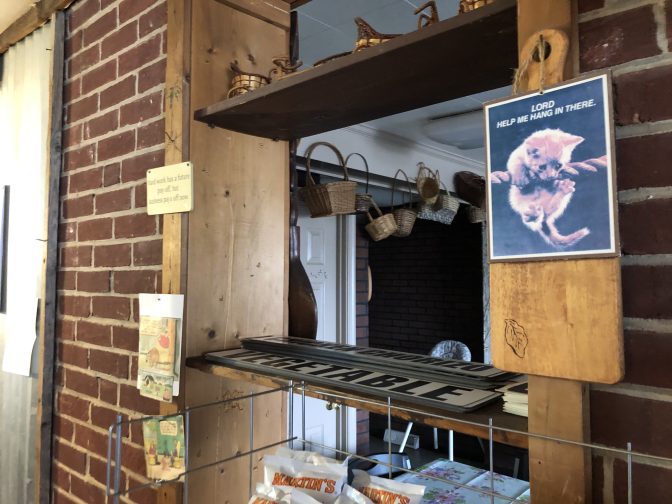