A PA Post / WITF Documentary looks at the two ways veterans come into contact with the criminal justice system, and what's being done to help them. (Joseph Darius Jaafari / PA Post)

A new PA Post documentary looks at how some veterans get treatment instead of incarceration. Others with similar crimes still face prison time.

Every morning between 8 a.m. and 9 a.m., Charles Aberegg calls an automated answering service operated by Washington County Adult Probation. The service randomly decides whether to instruct him to provide a urine sample for testing that day.

If he fails to call or fails to do the urinalysis when instructed, he risks jail time. And as a retired state corrections officer, Aberegg says that’s not an experience he’s looking to have.

“I thought probation was easy,” he said, making the sort of observation an ex-prison guard would make about offenders who manage to avoid jail time. “Turns out, when you’re on the other side of it, it’s a lot harder than you’d expect.”

Two years ago, Aberegg was a drunk. Every day, he drank more than a case of beer, along with a small bottle of hard liquor. To this day, he said he’s finding old hiding spots where he stashed alcohol.

His alcoholism, Aberegg says, was a result of the psychological trauma he experienced during his time serving as an engineer in the U.S. Army. Back in the 1990s, he did tours in South Korea and Kuwait where, he said, he was shocked to see the effects of war and poverty.

“I started having issues pretty immediately out of the military,” he said.

But like many people wrestling with psychological issues, Aberegg never sought help. Alcohol was a way to kill the pain.

The drinking and his untreated mental health issues hit a breaking point in July, 2018. One night, he attacked his wife and stepchildren.

Aberegg doesn’t remember the incident. He was black-out drunk when it happened. After waking up in the Washington County Correctional Facility, he was charged with terroristic threats, assault and faced up to five years in prison. 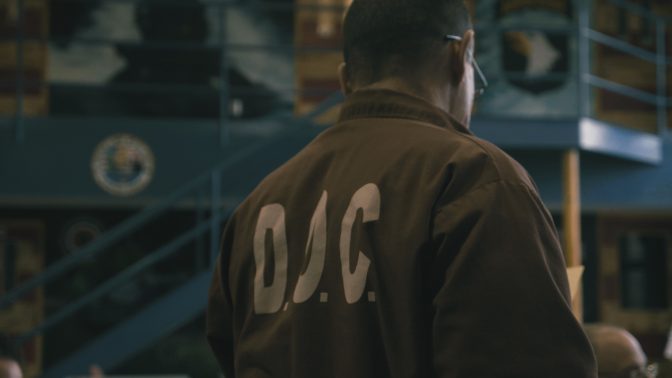 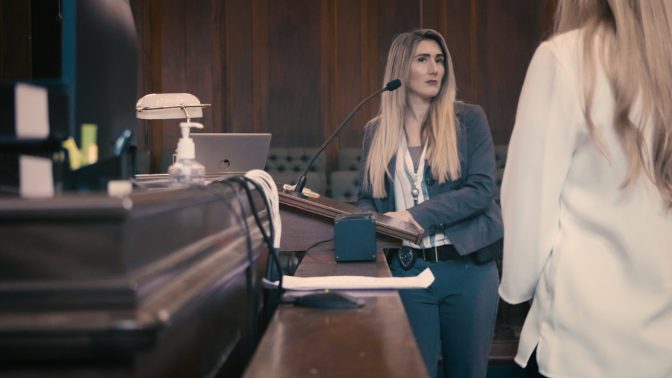 But instead of jail, Aberegg got tough love. Noting his status as a military veteran and as a first-time offender, the county magistrate recommended Aberegg for a diversionary program the emphasizes treatment and counseling.

The program, on its face, is a win for everyone. Diversionary court programs like the one Aberegg participated in are considerably cheaper than sending them to jail. And graduates tend to fare well, reoffending at much lower rates than other offenders.

Veterans courts aren’t without their critics. Many of the courts accept what court reform advocates and defense attorneys refer to as the “low-hanging fruit” of criminals — first-time offenders or individuals convicted of misdemeanors. Persons facing charges for violent crimes or who have felonies are not always eligible.

“Something like an assault against a police officer, for example, is a felony,” said Lisa Grayson, a former Judge Advocate General in the U.S. Air Force. “But that assault could’ve been stemmed by a traumatic experience during an arrest.”

There is also the additional problem of availability. In Pennsylvania, only 25 of the state’s 67 counties have a veterans court.

And just because veterans court exists in a jurisdiction doesn’t mean it will be used. Reporting has documented veterans courts are rarely used in many jurisdictions across the nation where they have been established. A lot of that, judges and lawyers say, has to do with the failure to identify veterans when they’re arrested. Another challenge is the failure of neighboring jurisdictions to cooperate, making it harder for a veteran to transfer to a nearby place where a diversionary program is operating.

For the many offenders who are sentenced to prison, the Pennsylvania Department of Corrections created Veterans Service Units. The volunteer program takes eligible inmates – those with a military background – and places them in a housing unit that’s segregated from the rest of the general inmate population. The inmates get counseling and benefit from a range of services and opportunities available through the U.S. Department of Veterans Affairs Administration.

“This is something we should be doing as a society, identify these veterans and offer them those services and support right off the bat, before they get lost and find themselves in situations that they can’t control,” said Ryan Yoder, statewide veterans coordinator for the corrections department.

You can watch the full documentary below: