As Washington reviews its NFL team name, what will Neshaminy schools do?

The school board president doesn’t believe the name is a racist slur and sees it as conferring pride in the region’s history by honoring Native Americans.

(Langhorne) —  Neshaminy School Board President Steve Pirritano says the district’s logo is “based on culture, and heritage, and respect.”

To a longtime resident and advocate, though, the district’s unwillingness to shed a decades-old team nickname is “heartbreaking.”

The name in question is the Neshaminy Redskins, depicted on the Bucks County district’s sports paraphernalia through tomahawks, feathers, and a Native American warrior shown in profile wearing a Plains-style war bonnet.

“It’s very frustrating to have people constantly telling you that you’re supposed to be honored, that you must be honored or you have to leave their community,” says Donna Fann-Boyle, who is Choctaw and Cherokee.

With the vigorous national debate over racism, representation and history sparked by George Floyd’s death at the hands of Minneapolis police, efforts to remove Native American imagery from school icons in Pennsylvania are gaining more traction. So, too, are their defenders’ demands that the mascots remain in place. 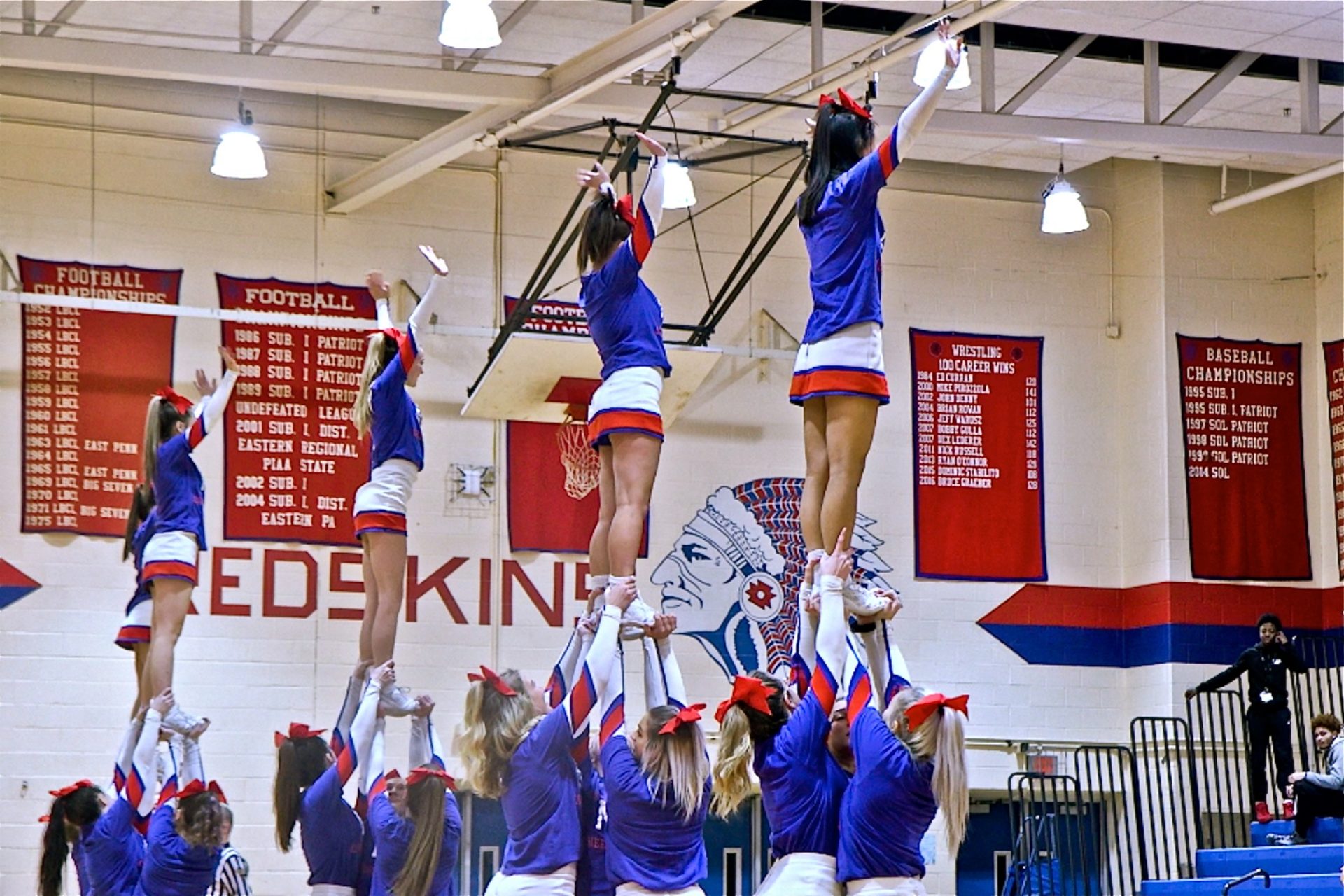 Neshaminy’s logo had already attracted a lot of scrutiny because of a long-running case brought forward by the Pennsylvania Human Relations Commission. Across the state, dozens of schools use names and imagery that Native American groups criticize as insensitive, harmful and long overdue for reconsideration.

But that’s not what’s happening in Neshaminy. At least, not any time soon. Even news last week that the NFL’s Washington Redskins franchise is reviewing its name, after pressure from major corporate sponsors, is not changing the minds of the school district’s staunchest supporters.

“What the Washington Redskins decides to do has little to do with what Neshaminy does,” Pirritano said.

“We’re gonna maintain the path we’ve been on,” he said, vowing to continue appealing an order from the state to move away from some of the district’s iconography.

An issue of local control

Pirritano concedes that some changes might be in order, but if so they must come from the local community.

He takes issue with the process that led the state’s Human Relations Commission to sue the district in 2015, which yielded a confusing ruling last year that said schools could continue using the name “Redskins” but should abandon imagery with negative stereotypes.

The district is appealing that ruling, and has already spent more than $435,000 in public money for legal costs and in fighting the state’s lawsuit.

Pirritano thinks the state is overreaching, trying to usurp authority that is vested in the locally elected school board.

“‘Redskins’ is just the vehicle they used,” he said.

Pirritano doesn’t believe the name is a racist slur and sees it as conferring pride in the region’s history by honoring Native Americans. Although, he noted, some of the iconography is from Indigenous groups from outside the region: The feathered war bonnet, for example, comes from Plains tribes, not the Lenni Lenape who lived in the region prior to and during the early waves of European immigration.

Any modifications, Pirritano said, need to come from people within the district. “It will be a community decision,” he said of any potential adjustments.

Right now, he said, educators and the school board are more focused on the challenges of how to reopen for students this fall as the coronavirus pandemic continues.

Online, the Neshaminy conversation has not been especially diplomatic. 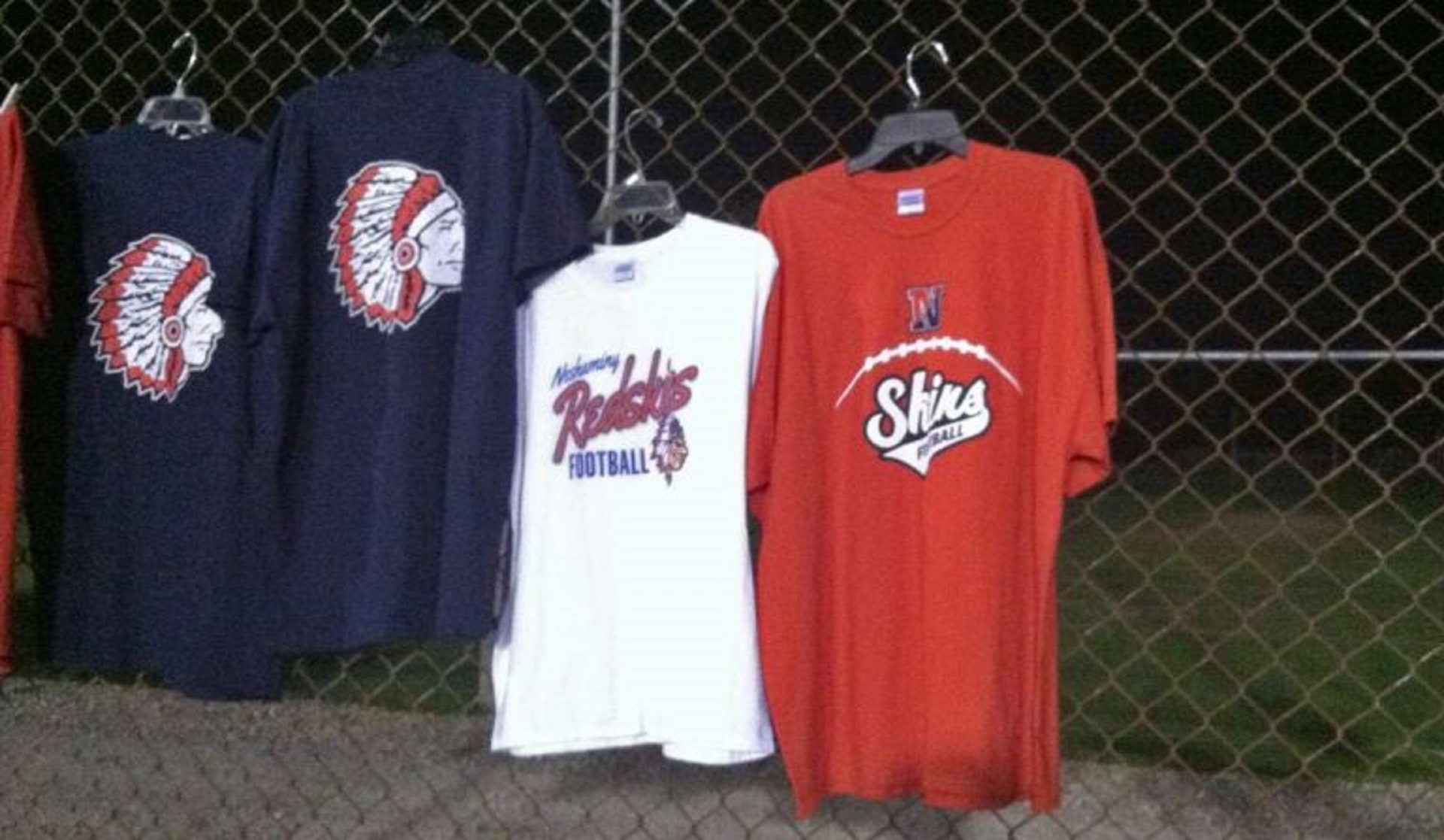 The Neshaminy School District calls some its sports teams ‘The Redskins.’

Recent posts on a public Facebook page set up for the Neshaminy High School community have generated hundreds of comments for and against changing the name, some quite inflammatory and aggressive.

“This goes out to all the people that are supposedly offended by the term REDSKINS!! Leave the district and if you aren’t in the district then mind your own F’n business in your own district!!!” one person posted. “They can take the REDSKINS name away but all of us will always refer to Neshaminy as the REDSKINS!!”

“A term is only racist if YOU decide it is,” another person posted in response to a petition to change the name. “Heritage and pride have tremendous value in our learning and maturing experience. You have no idea only divisive ideals.”

“Leave the name alone, it’s part of our history and not meant to be offensive. Enough with being snowflakes,” wrote a third person.

“They feel like you’re taking something from them,” said Fann-Boyle. “They just don’t want to give it up.”

She first brought a complaint about the name in 2013, two years before it was taken up by the Human Relations Commission. Fann-Boyle, who is a member in good standing with the American Indian Movement of Central Texas, has lived within the school district’s boundaries for 35 years. She said the level of animosity directed toward her for raising the issue has made her at times want to run and hide.

According to 2018 Census data, 86% of residents within the Neshaminy School District are white. According to the same data, 0.1% identify as Native American.

Fann-Boyle makes an argument supported by social scientific research: Appropriated Indigenous iconography has a deleterious impact on the mental health of Native Americans. For decades, the National Congress of American Indians has pushed for the removal of such representations.

“The intolerance and harm promoted by these ‘Indian’ sports mascots, logos, or symbols have very real consequences for Native people,” the organization says on a campaign page devoted to the issue. “Rather than honoring Native peoples, these caricatures and stereotypes are harmful, perpetuate negative stereotypes of America’s first peoples, and contribute to a disregard for the personhood of Native peoples.”

Fann-Boyle sees that effect even when proponents of the Neshaminy school name believe they are being complimentary. Many times, she said, she’s been told that, in spite of her feelings, the icon is flattering because it evokes fierceness.

“They want to silence us, and use our image for their sports team that they want to [portray as] warriors and blood-thirsty savages,” she said. “That’s what these images and these stereotypes do: It’s like they make them hate us.” 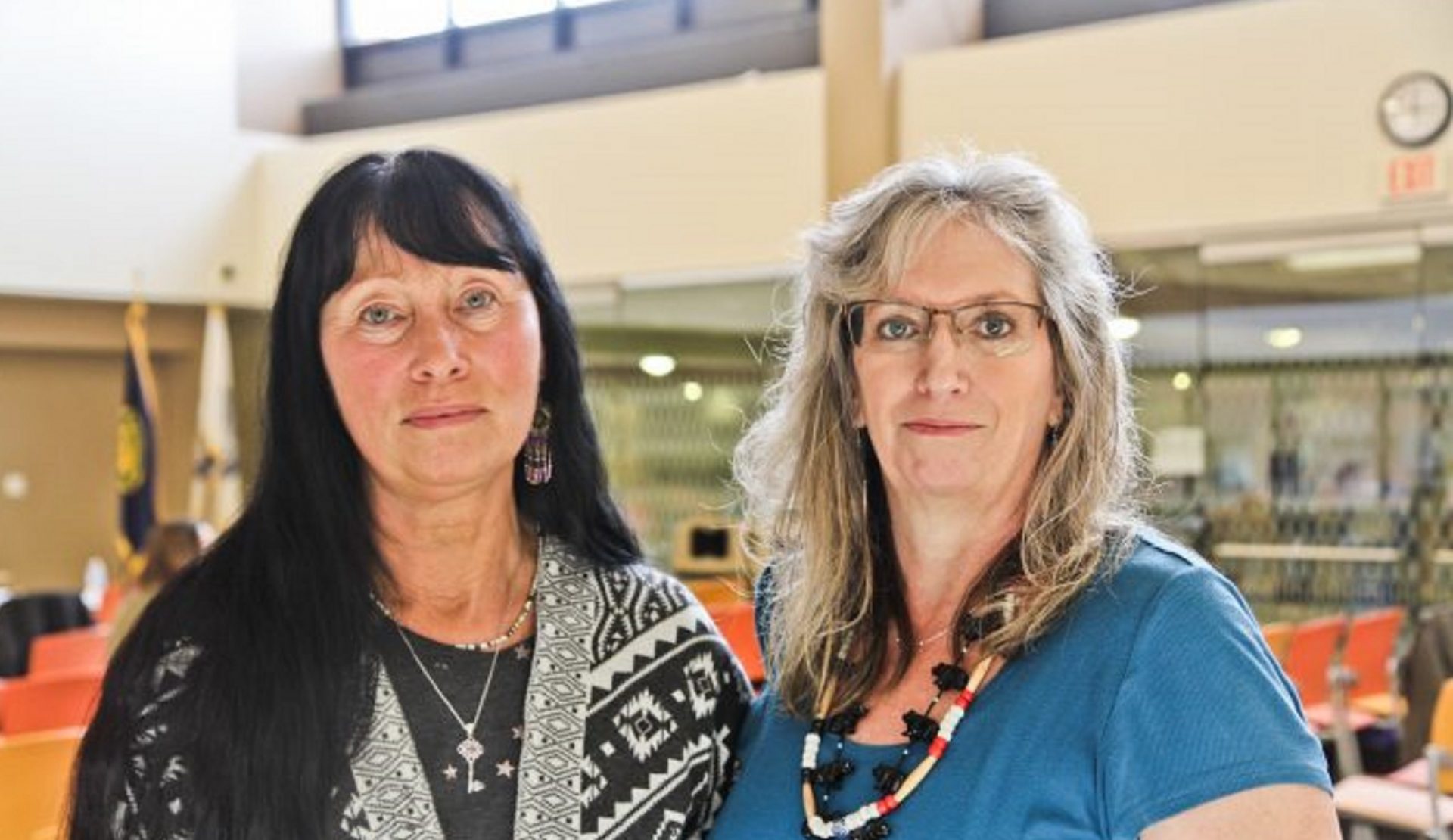 Ann Remy (right), is of Lenape descent, and Donna Fann-Boyle (left) is of Cherokee descent. Fann-Boyle testified at a public hearing in Bucks County about the Neshaminy School District mascot.

But Fann-Boyle sees signs of hope. She and others have formed a coalition to lean on the school district to accept recommendations made by the Human Relations Commission. She believes the decision by the pro football franchise to reassess its name could spur further change, accelerated by national efforts to remove racist and colonial symbols from public space amid recent demonstrations.

Already, similar pushes are manifesting locally. Officials in Philadelphia have decided to move the Christopher Columbus statue in Marconi Plaza. This week, Trenton removed a Columbus statue, and the Norristown Municipal Council unanimously approved a resolution to celebrate Indigenous Peoples’ Day on the second Monday of October, when Columbus Day has long been observed.

The Neshaminy district’s new superintendent, Rob McGee, wrote an introductory note to the school community earlier this month that included a section devoted to the recent push for social justice reforms.

“Clearly, racism, discrimination and hate have no place in our schools,” McGee wrote. “While I know we work on that goal daily, the next year will see an expanded, systematic effort as part of the District’s Strategic Planning to further prioritize such efforts.”

Neshaminy is hardly the only Pennsylvania school district feeling pressure to change its team names. In Centre County, an online petition by alumni to get rid of the Bellefonte School District’s “Red Raiders” mascot has been signed more than 3,500 times since launching in June.

In Delaware County’s Radnor Township, resident and parent Maya van Rossum was incensed to discover that after years of moving away from the “Radnor Raiders” mascot, the name and images are now making a comeback.

“My head exploded,” van Rossum said, recounting the experience of driving down a street near the school and spotting a sign for “Raider Row.” She also started noticing graduation signs adorned with feathers.

She believes the issue of Native iconography is re-emerging in the community, with both sides digging in their heels.

“I think this may become a hot topic of debate in Radnor,” van Rossum said. “Other pockets of activity [around mascots] are starting to emerge.”

The state Human Relations Commission said it has not received any new complaints about Native American mascots, but executive director Chad Lassiter said he sees a “transformative moment” in a country grappling with controversial statues, monuments, and mascots.

“The majority of these were steeped in white supremacy disguised as cultural pride,” Lassiter wrote in an email. “Perhaps we will witness our very own transformative moment in the Commonwealth with regards to schools that have controversial Indigenous imagery.”

Fann-Boyle doesn’t expect any quick, easy solutions. But she believes it’s vital to keep pushing for the Neshaminy School District to move on from what she believes is a nakedly derogatory name and harmful symbols.

“I need to speak up for people who couldn’t speak up years ago,” she said. “We have to fix things for the next seven generations.”