John Zabala, pictured in front of Reading City Hall, has been named as a community lead for the Reading Youth Commission. Too old to serve on the commission, Zabala is attracting applicants to the commission that has been dormant since its creation in 2017. (Anthony Orozco/PA Post)

Reading is inviting teens and young adults to a seat at the decision-making table.

After a series of largely youth-led protests and community discussions sparked by the murder of George Floyd, officials in the City of Reading are working to give young residents a greater say in guiding the Berks County city’s future.

A youth commission, dormant since it was created by the city council three years ago, is in the process of being filled, seen by some aspiring members as a tool that can create change beyond protests and social media campaigns.

“It’s not to say there’s anything wrong with protests, because to change policy the culture needs to come in first,” said John Zabala, the founder of multimedia company and podcast DELABODEGA.

“But when you’re pushing to change policy you also need to know how the language works and giving kids — young people between the ages of 14 and 22 — the opportunity to learn how to write policy and learn how to implement changes helps along with the protests,” he said.

Zabala recently undertook the task of recruiting young residents to the commission, which, at age 26, Zabala is too old to sit on. Instead, he’s acting as liaison between the youth commission and city government, a task he’s taken on pro bono.

The commission will have up to 15 members from across the city, with members required to be between the ages of 14 and 22. City council members will each nominate two commission members to represent each of the city’s six districts. Mayor Eddie Moran will nominate candidates for the remaining seats, which council will have the power to confirm or reject. Members will serve without compensation for two-year terms, according to the ordinance creating the commission.

Residents under the age of 25 years old make up an estimated 43 percent of Reading’s population, according to the latest U.S. Census estimates. The median age for the city is around 30 years old.

Reading is just shy of being 70 percent Latino, and Latinos under the age of 25 make up one third of the city. The median age for Latinos in Reading is around 25 years old, according to the census estimates.

Of the dozen or so people who have expressed interest in joining the commission, all are either Black or Latino, Zabala said.

Commission applicant Wynton Butler II said he was inspired to take action by the deaths of Floyd and Breonna Taylor. Two of his goals for the commission is to craft and recommend legislation to make it a crime for police to do nothing when witnessing an injustice. He also wants to see a ban on no-knock warrants, which played a role in Taylor’s death in Louisville, Kentucky, earlier this year.

Butler said he understands that the city council and the mayor do not have to heed the youth commission’s recommendations.

“They have to understand that even though we are youth, many of us are 18 or older and we vote for City Council members, and at the end of the day they have to represent their constituents,” Butler, 22, said. “Maybe if the mayor or City Council disagrees with us, we can take it to the community and tell them we did what we could and they are not listening.” 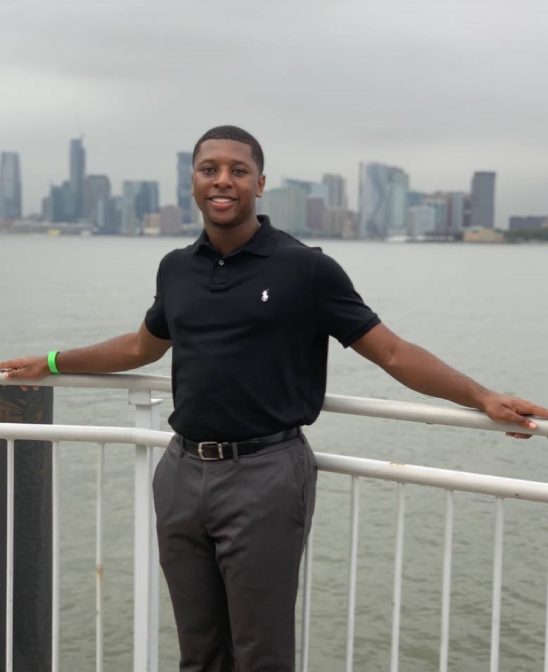 Cyber security analyst Wynton Butler II, 22, has applied for a seat on the Reading Youth Commission. Among his goals for the commission is to change aspects of law enforcement and criminal justice in the city. (Photo courtesy of Wynton Butler II)

Wesley Butler, Wynton’s brother and fellow applicant, said he wants to serve on the commission  to ensure that Reading’s Black minority is represented and fully considered in policy decisions.

Gio Negron-Garcia, a Kutztown University communications student, said he wants kids in Reading to know they have a say in what happens where they live.

“Honestly, one of my biggest goals is having the youth present themselves and have themselves taken seriously,” Negron-Garcia, 21, said. “When we’re talking about reform in the city, we need to have our voices heard.”

“My hope is that we can assist in such funding so that we can have a very vibrant and moving commission and not just for the sake of naming a few individuals for the hype of the moment,” said Reading Mayor Eddie Moran, who was elected to his first term just last year.

“This is something we have to see come to reality and, again, respect the wishes of the youth,” Moran said. “It’s taking everything they have to offer and recommend very seriously.”

Councilwoman Lucine Sihelnik said city leaders should provide training on governance to the young people who are pressing for larger change.

“Now is the time to take action and to have those difficult conversations,” said Sihelnik, who has been working along with Councilwoman Melissa Ventura to get the youth commission up and running. “We have to start empowering the youth.”

During a council meeting earlier this month, Council President Jeffrey S. Waltman said the commission would give young residents an idea of the trade-offs involved in creating policy.

“Now is as good a time as any to allow people to have a voice and to interact with city government because I think it’s an important time for people to understand — especially the youth — that there’s a lot involved in city government and you can’t just arbitrarily change things without thinking them through,” Waltman said. “My hope is that we have a balance of young people on the commission that bring different views.”

The ordinance creating Reading’s youth commission states that its members should meet at least quarterly to identify issues critical to youth in the city; give recommendations and reports to the mayor, city council, city managing director, and other city officials on issues affecting youth; and, create subcommittees to do in-depth reviews of those issues.

The commission does not currently have a budget. After members are approved by council and the commission presents an outline for specific objectives its members want to accomplish, the commission can submit a budget request to council, according to Reading City Clerk Linda Kelleher.

Moran said there may be funding in his office’s budget, with approval by council, to support the commission’s work.

In Reading’s neighboring cities, local governments have either not implemented or not yet created boards in which young residents make recommendations to city leaders.

Allentown established its Council of Youth in February but no members have been named to it yet, according to the Allentown clerk’s office. Requests for more information on where that commission stands were not answered by Councilman Julio Guridy.

Lancaster, about 45 minutes south of Reading, does not have a youth commission, according to a city spokesperson.

Philadelphia established its youth commission in 2008. Since then, the commission created forums on youth violence, campaigns to curb teen pregnancies and registered tens of thousands of young voters. 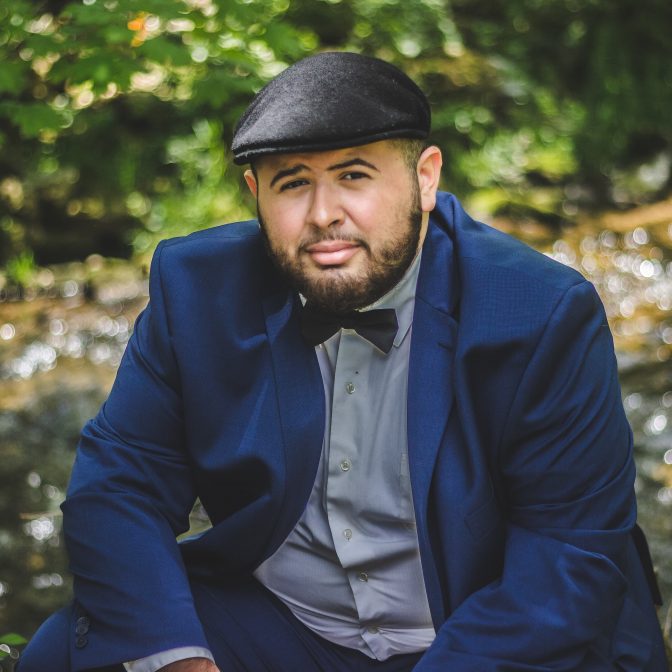 Gio Negron-Garcia is one of several applicants who would like to be appointed to the City of Reading’s Youth Commission. (Photo by Leo Diaz)

Philadelphia’s youth commission has a considerable administrative infrastructure. That commission is housed under the Philadelphia mayor’s office of community engagement; it has a full-time executive director of overseeing its operations and it has tens of thousands of dollars to support its initiatives.

Reading’s Youth commission was created by Reading City Council in 2017 and was introduced by former City Councilman Brian Twyman. Twyman is a youth counselor by profession and was the only Black councilman for the four years he held a seat.

Twyman, who lost his reelection campaign in November, said he is glad to see the commission finally pick up steam. Twyman said he had searched for a leader to get the commission up and running but was unsuccessful in years past.

“I created this as a vehicle for the youth,” Twyman said. “I don’t need to drive that vehicle and really, it just needed someone to take the lead on it and own it.”

Moran said he learned of the commission in 2017 while serving as the vice president of the Reading School Board.

“The minute I got into [the mayor’s] office, I mentioned it to City Council, this was something I would like to see come to fruition,” Moran said. “I am so happy to see it move forward.”

Giving up-and-coming leaders a seat at the table means elected officials will know the vision of the next generation of leaders, Zabala said.

“It is also a way for us to hold City Council accountable,” Zabala said. “They won’t be able to say they don’t know what the youth want or what’s important to us.”