This Tuesday, July 15, 2014 photo shows the tobacco in cigarettes in Philadelphia.

Will Pa. ever ban smoking in all bars?

One Republican state senator from Erie County hopes so.

In 2008, Pennsylvania lawmakers approved a ban on smoking inside most workplaces, bars and restaurants.

The law left some exceptions. For instance, bars could receive an exemption if the food sales accounted for 20 percent or less of their annual sales.

PA Post reader Vincent Myers wondered if those exceptions will go away.

“What is the status of PA House Bill 1309, introduced in 2017 to end most exceptions to PA’s 2008 indoor smoking ban?” Myers asked the Listening Post. “The bill appears to be stuck in the PA House Health Committee.”

House Bill 1309 never did move out of the Health Committee last session. Neither did Senate Bill 519, which also would have increased restrictions on smoking in public places.

As of earlier this week, more than 1,700 “drinking establishments” had received exceptions to the state’s Clean Indoor Air Act to allow smoking, according to Pennsylvania Department of Health records. The records don’t include Philly, which has its own smoking law.

Plus, there were 16 cigar bars and 151 tobacco shops with exceptions.

The Pennsylvania Licensed Beverage and Tavern Association was involved in the 2008 negotiations over the smoking ban, but didn’t take a position on the smoking ban bills last session. Chuck Moran, executive director of the association, said there wasn’t a need to weigh in, since the bills weren’t moving.

“I’m not sure there’s an appetite at the Capitol at this time to go back and revisit it,” Moran said. “The compromise isn’t too old.”

But one Republican state senator from Erie County does want to revisit the issue.

State Sen. Dan Laughlin is preparing to introduce legislation this month that would remove about a half-dozen exceptions, including for drinking establishments, private clubs and full-service truck stops.

He said both employees and patrons have the right to clean air. He said going to a bar that allows smoking can be unpleasant.

“It’s thick with smoke in there and your clothes reek. You know, aside from the health aspect of it, you basically need to dry clean everything that you had on with you when you walked in,” Laughlin said. “And I don’t think that’s fair to most people.” 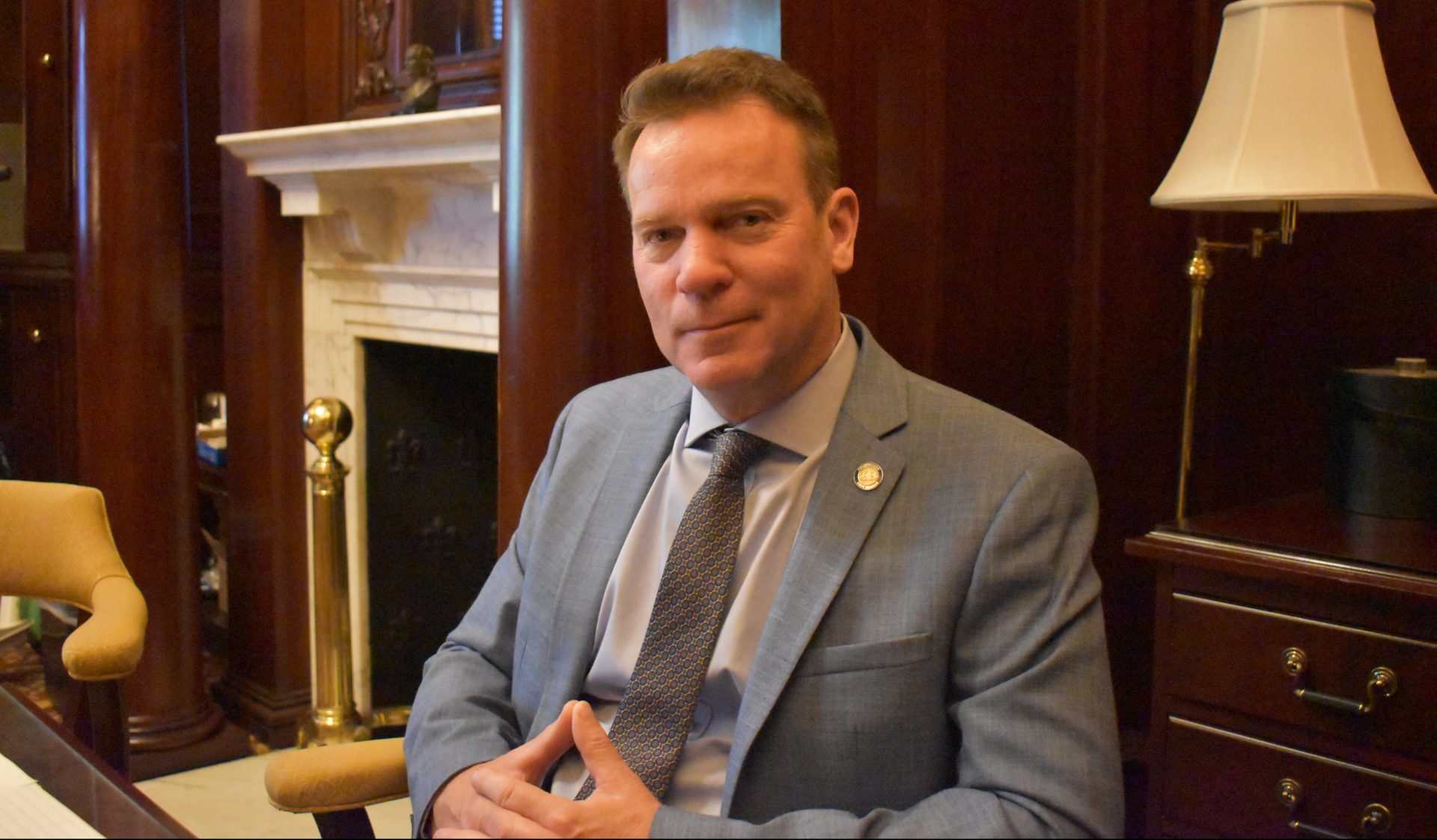 State Sen. Dan Laughlin, R-Erie County, is seen in his Senate office at the state Capitol on June 11, 2019.

He said he’s talked to leaders of some Veterans of Foreign War posts who want state action because they’re worried that if they ban smoking at their own post, but other posts don’t, they’ll lose business. So Laughlin sees a more complete statewide ban as a way of leveling the playing field.

Laughlin acknowledged that one big exception would remain under his plan: Casinos.

“They tend to do a much better job with keeping the air flow moving. …I haven’t particularly noticed any real buildup of smoke in there,” Laughlin said. “So we’re giving them a pass at this point.”

She said second-hand smoke exposure causes many of the same tobacco-related diseases and premature deaths as active smoking.

“There is no safe level of exposure to secondhand smoke,” Watson said.

The number of bars seeking exceptions to the smoke-free law has declined since 2008.

In a 2009 legislative report, the Department of Health said more than 2,900 drinking establishments had been approved for an exception. Now, 1,200 fewer such places have an exception.

Watson said there’s been a generational change in attitudes toward smoking, and younger people tend to expect bars to be smoke-free.

“We’re seeing more establishments realizing that this is actually good for business. …So we feel like now is the time to go back and close those loopholes,” she said. 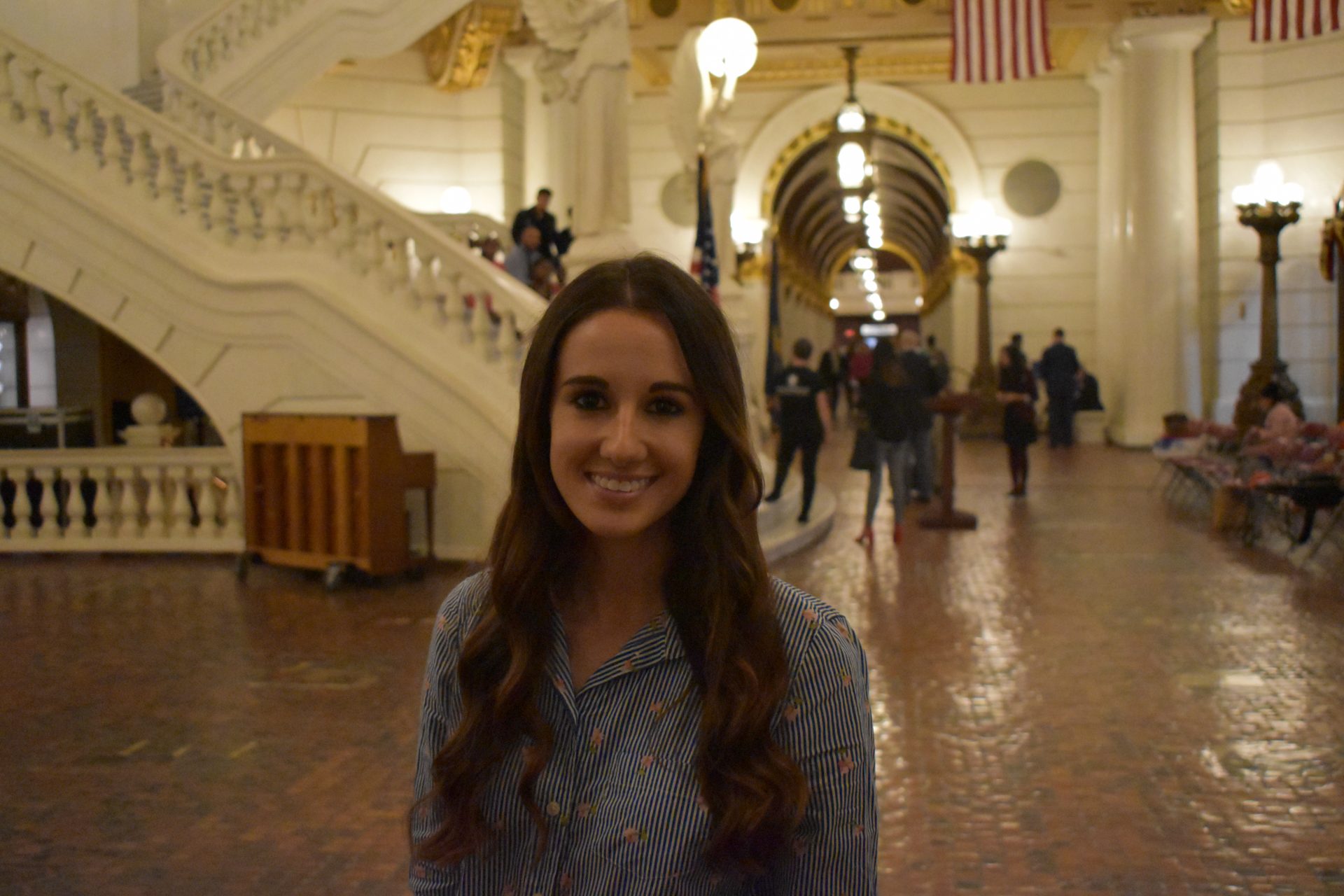 Pennsylvania could make it harder for doctors to prescribe buprenorphine