The remains of fireworks were recovered from the scene of a roof fire in Wilkes-Barre in early July 2019. There were no injuries.

‘It sounds like a war zone’: Why a Bucks County fire chief and lawmaker wants more restrictions on Pa. fireworks

Now, some firefighters, local government leaders and lawmakers say the changes have created too many problems.

On July 3, the fire chief for the city of Harrisburg blamed two fires on fireworks.

Off to a #horrible start with #fireworks in #harrisburg…..2 fires 1st roof of an occupied row home 2nd a rotted tree #firefighters across #PA are behind the #8ball with the #legalization of #fireworks by the #PALegislature….they never thought about #cities or #firefighters pic.twitter.com/oPFibsKjDF

Five days later, a bipartisan group of state representatives introduced legislation that would place new restrictions on when fireworks can be used, and they would increase penalties for repeat offenders.

The bill’s main sponsor is a Republican state representative and volunteer fire chief from Bucks County.

Here’s what you need to know about Pennsylvania’s fireworks laws — and the effort to change them.

Pennsylvania used to have tight fireworks restrictions for residents.

Before the changes, people from other states could buy bottle rockets, Roman candles and other aerial fireworks in Pennsylvania. But Pennsylvania residents could not.

State Sen. Gene Yaw, R-Lycoming, was a prominent supporter of expanding who can buy fireworks.

“What we are proposing is a common sense approach,” he said in a 2016 newsletter. “Pennsylvania is losing money and jobs by limiting the sale of consumer fireworks.”

In October 2017, as part of a larger tax bill attached to the state budget, lawmakers approved the expansion. The legislation passed with a 102-88 vote in the House and a 29-21 vote in the Senate, and Democratic Gov. Tom Wolf signed it into law. The measure included a 12 percent tax on consumer fireworks sales, which is on top of the state sales tax and any local sales tax.

A portion of the revenue — up to $2 million — is dedicated to emergency services grants and firefighter training. 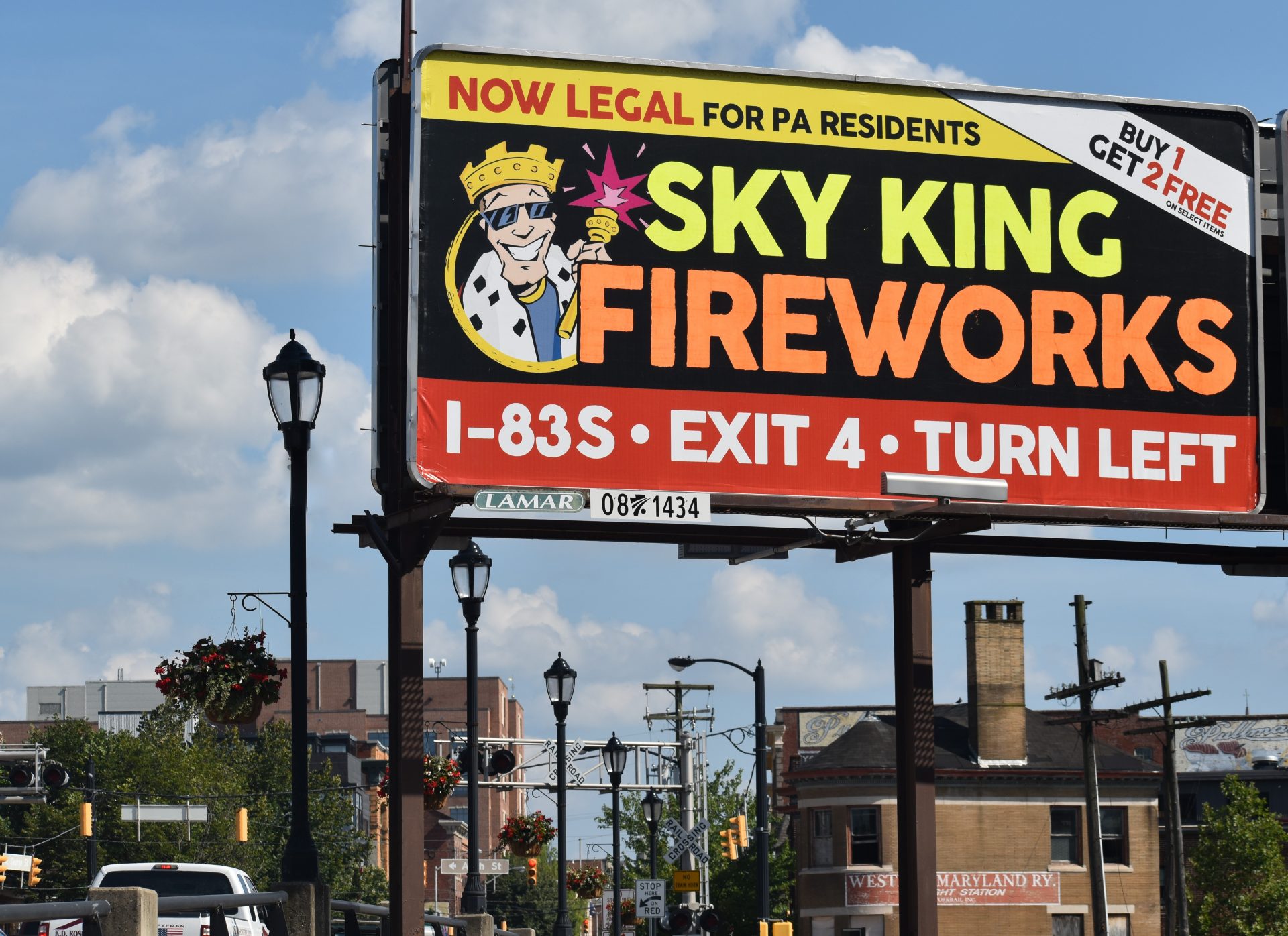 A billboard in York city, seen on July 10, 2019, highlights a change in Pennsylvania that made consumer fireworks legal for Pennsylvania residents.

There are restrictions now. But some firefighters, local government leaders and lawmakers say they don’t go far enough.

Anyone 18 or over can purchase fireworks.

But fireworks cannot be discharged:

Critics of the fireworks law say the location restrictions are often broken — either intentionally or because people don’t understand the rules.

And often, people light the fireworks and leave before police arrive, he said.

Jay Delaney, president of the Pennsylvania Career Fire Chiefs Association, said his group wants to repeal the 2017 law that expanded who can buy fireworks. He doesn’t think there are any safe fireworks.

But at the very least, Delaney wants increased restrictions. For instance, he thinks people should not be able to discharge fireworks within 500 feet of an occupied structure, instead of the existing 150 feet ban.

He said the fireworks expansion is putting an increased burden on fire departments that are already stretched too thin. 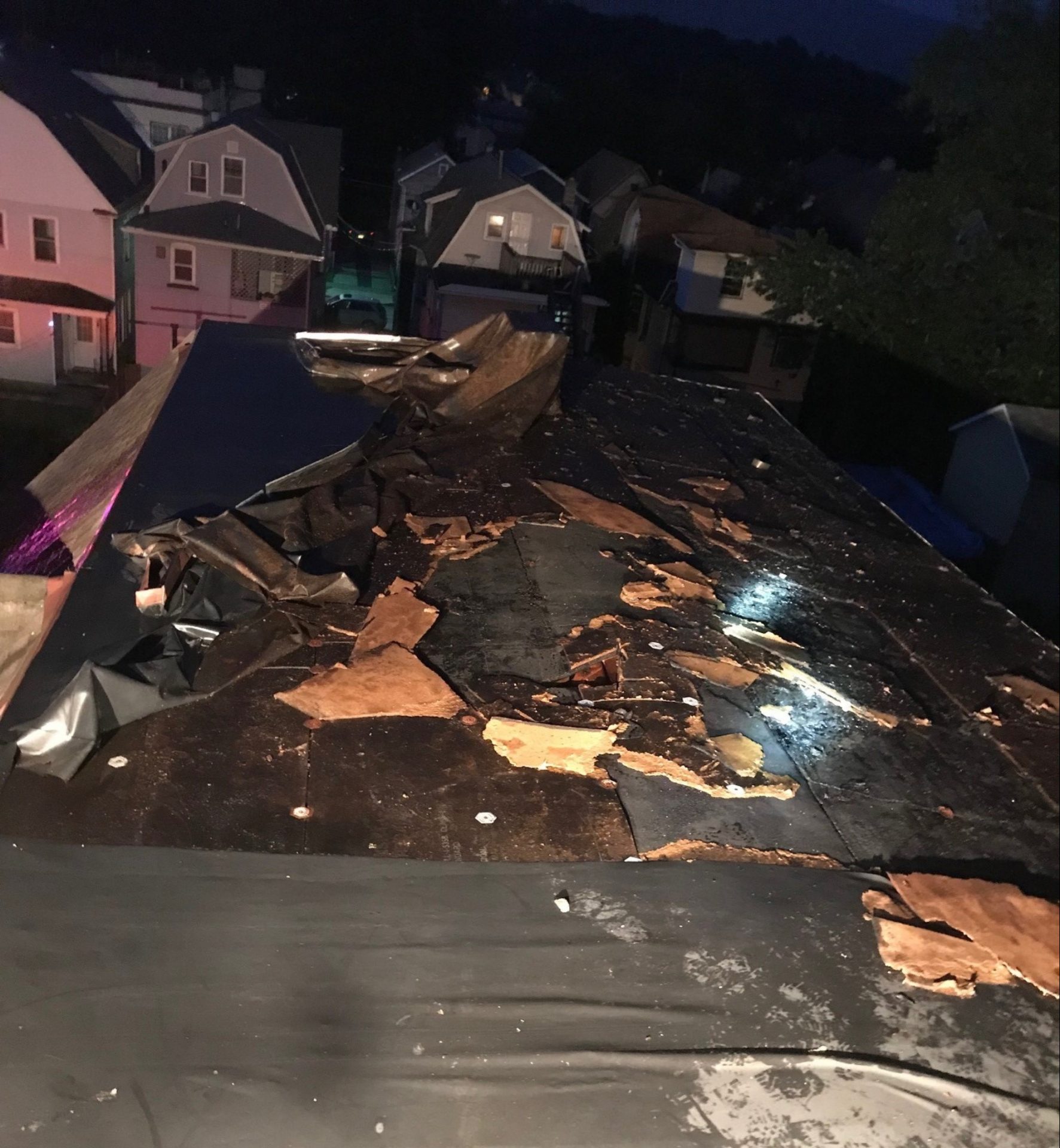 Fireworks caused a fire on a Wilkes-Barre roof in early July of 2019. There were no injuries.

There have been reports of problems across the state.

In Luzerne County, investigators believe a Tuesday morning fire that killed an 11-year-old boy might have been caused by fireworks, the Wilkes-Barre Times Leader reported on Wednesday.

The article cited unnamed law enforcement sources. A final determination will be made by a state police deputy fire marshal, one of the sources told the Times Leader.

There were other reports of property damage.

In Wilkes-Barre, where Delaney is the fire chief, there was a roof and dumpster fire last week, both caused by fireworks.

In York County, the 911 center received 136 fireworks-related calls from July 3 through 7 in 2017, before the law changed, according to county spokesman Mark Walters.

That number increased to 475 calls in 2018 and dipped to 309 calls this year for the same period.

“The calls didn’t stop coming,” York Mayor Michael Helfrich said. “It’s hard for the police to respond when there’s 100 fireworks going off all over the city.”

There’s the safety risk of fires. And then there’s the nuisance of increased smoke, noise and debris.

“It is coming from all directions,” said Hayley Croom, a 46-year-old soapmaker and business owner in York. “It is impossibly loud.”

And the complaints aren’t just in densely-packed cities.

About four miles north of York, retired anesthesiologist Anne Harris said she hears fireworks inside her suburban home all summer long and into the fall.

“These things no longer make the 4th of July special,” said Harris, who submitted comments about fireworks to the Listening Post section. “They make it irritating. And they seem to have become a party item.”

Some lawmakers want more restrictions — but not a repeal

As of Thursday, 25 House lawmakers had signed on to Farry’s bill to add more fireworks restrictions.

Farry voted against the 2017 law to expand fireworks in Pennsylvania. But he thinks it’s too late to repeal the expansion.

For one, he doesn’t think there are enough votes to do so.

And, for another, he doesn’t think it would be fair to fireworks sellers who have invested in expanding, building or renting stores.

“We don’t want to turn their world upside down,” Farry said.

Joe VanOudenhove, a managing partner at Sky King Fireworks, said he’s generally supportive of increased restrictions on the use of fireworks in Pennsylvania.

Officials with Sky King, which has six retail shops in Pennsylvania, have been talking with Pennsylvania lawmakers.

“We don’t think that people should be lighting off fireworks at 2 o’clock in the morning,” VanOudenhove said. “We want people using fireworks in a responsible manner.” 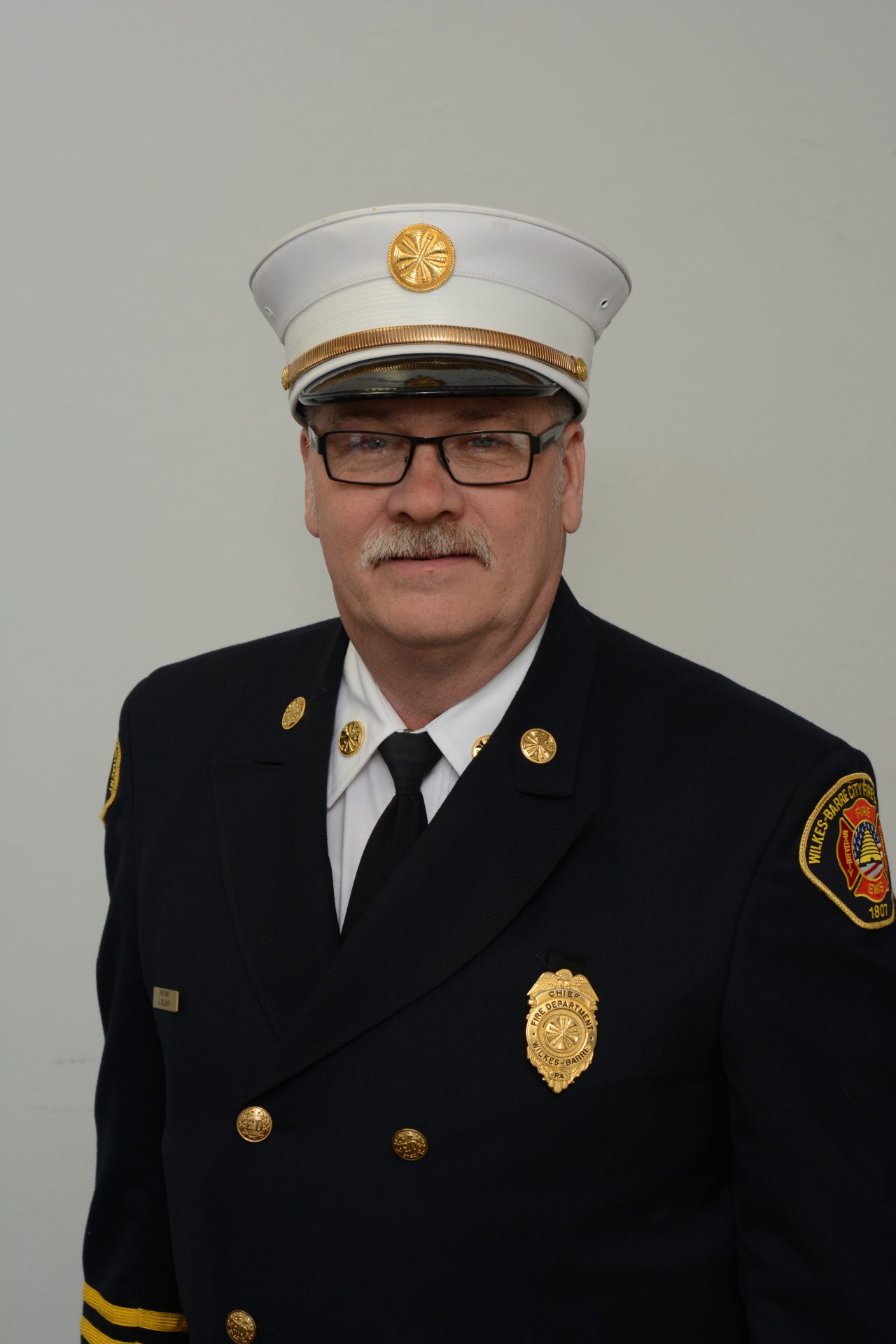 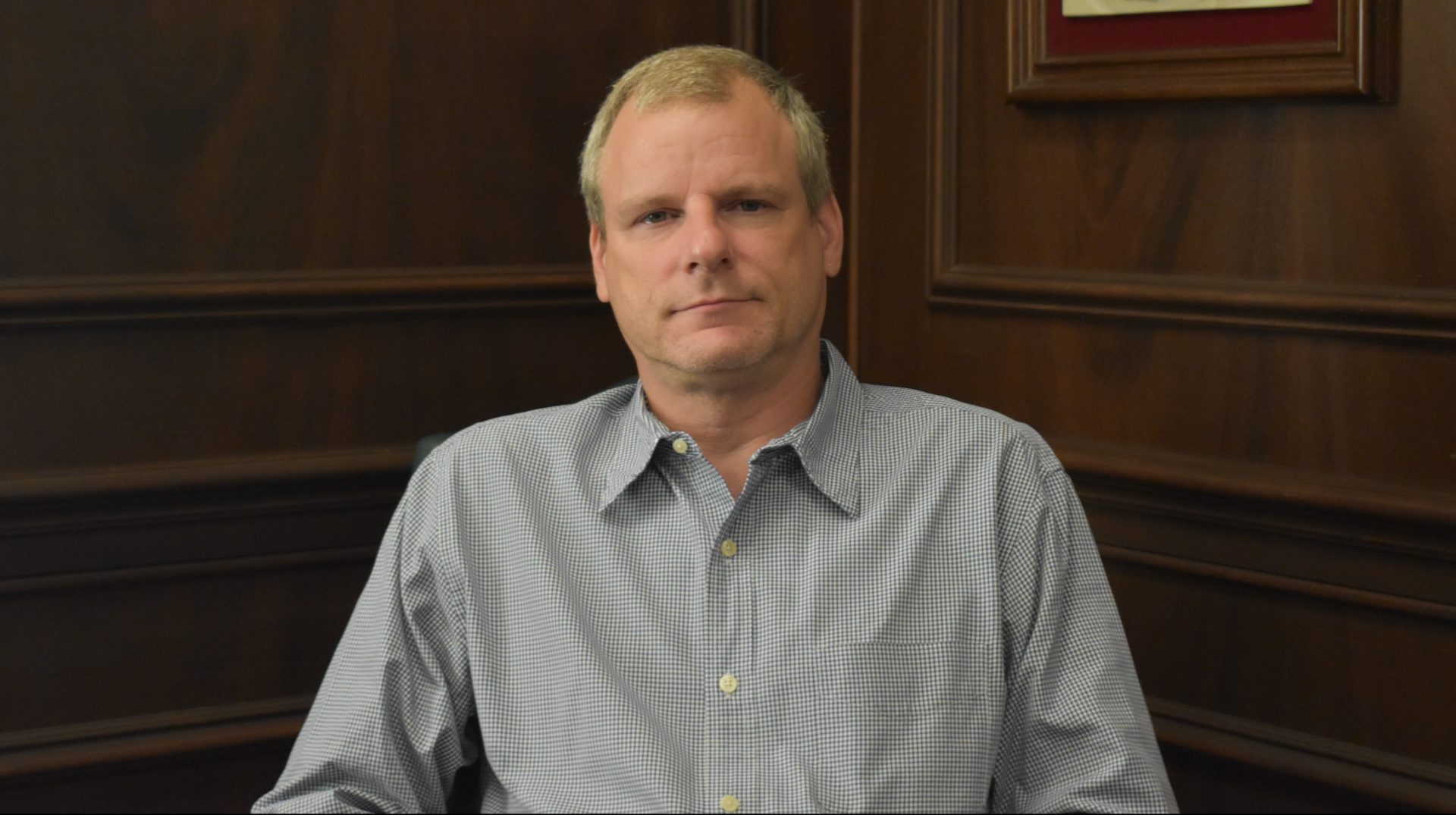 York Mayor Michael Helfrich is seen in his office on July 10, 2019. 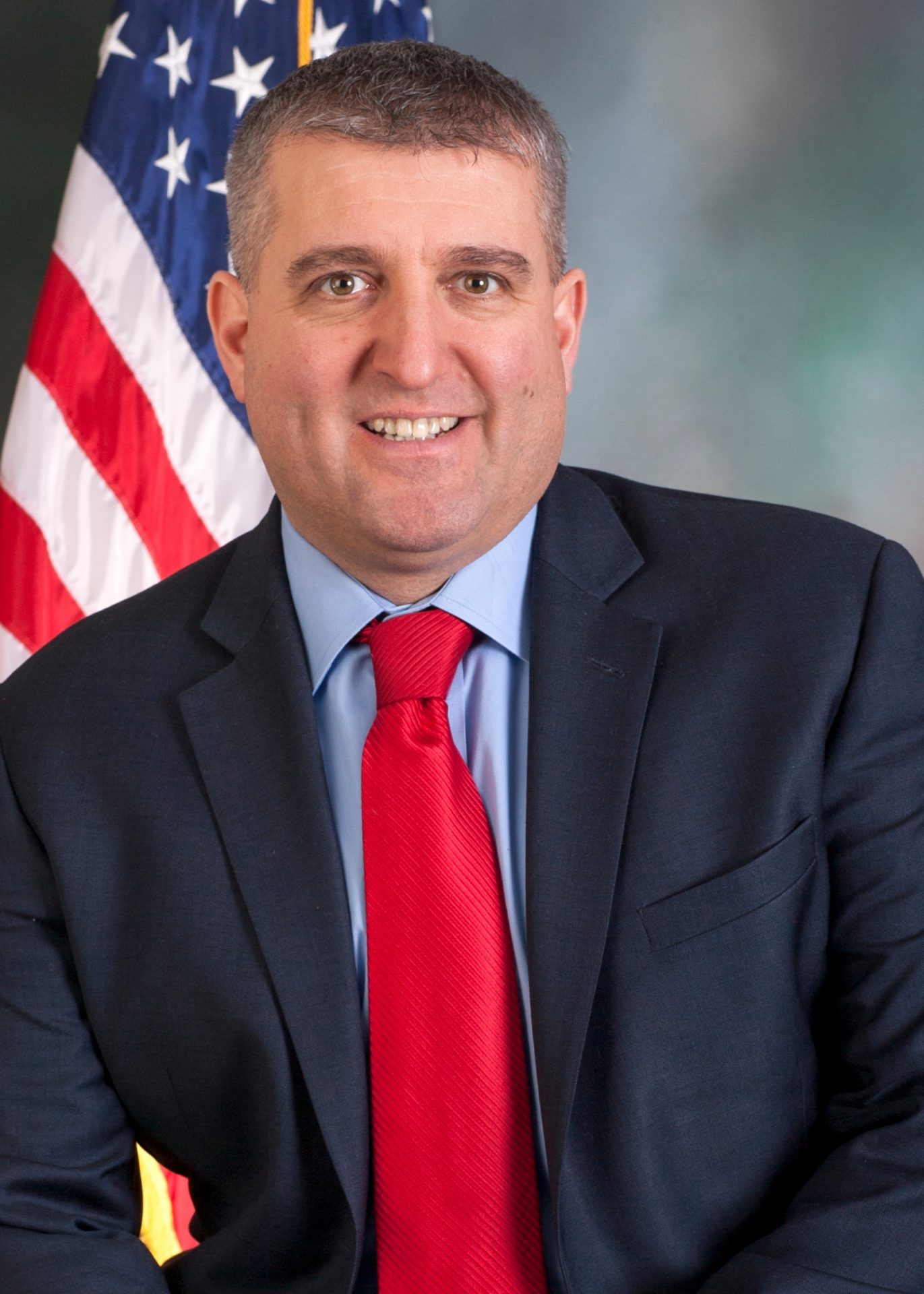