A sign left behind in the state Capitol by supporters of placing a new community college in Erie on Nov. 13, 2019.

The state Board of Education is expected to vote Thursday on a proposal for a 15th public community college.

Erie County submitted its community college application to the state Department of Education three years ago.

On Wednesday, supporters and opponents presented evidence for the state board of education to consider during a nearly four-hour virtual hearing.

The hearing ended earlier than scheduled after the chairperson for the board, Karen Farmer White, refused to allow a former leader of the Pennsylvania Commission for Community Colleges to testify as an expert witness against Erie’s plan.

“We have plenty more testimony and evidence to offer but since we’re not being allowed to offer it, I don’t think it’s worthwhile to continue,” said Adam L. Santucci, an attorney who is representing opponents to the plan. 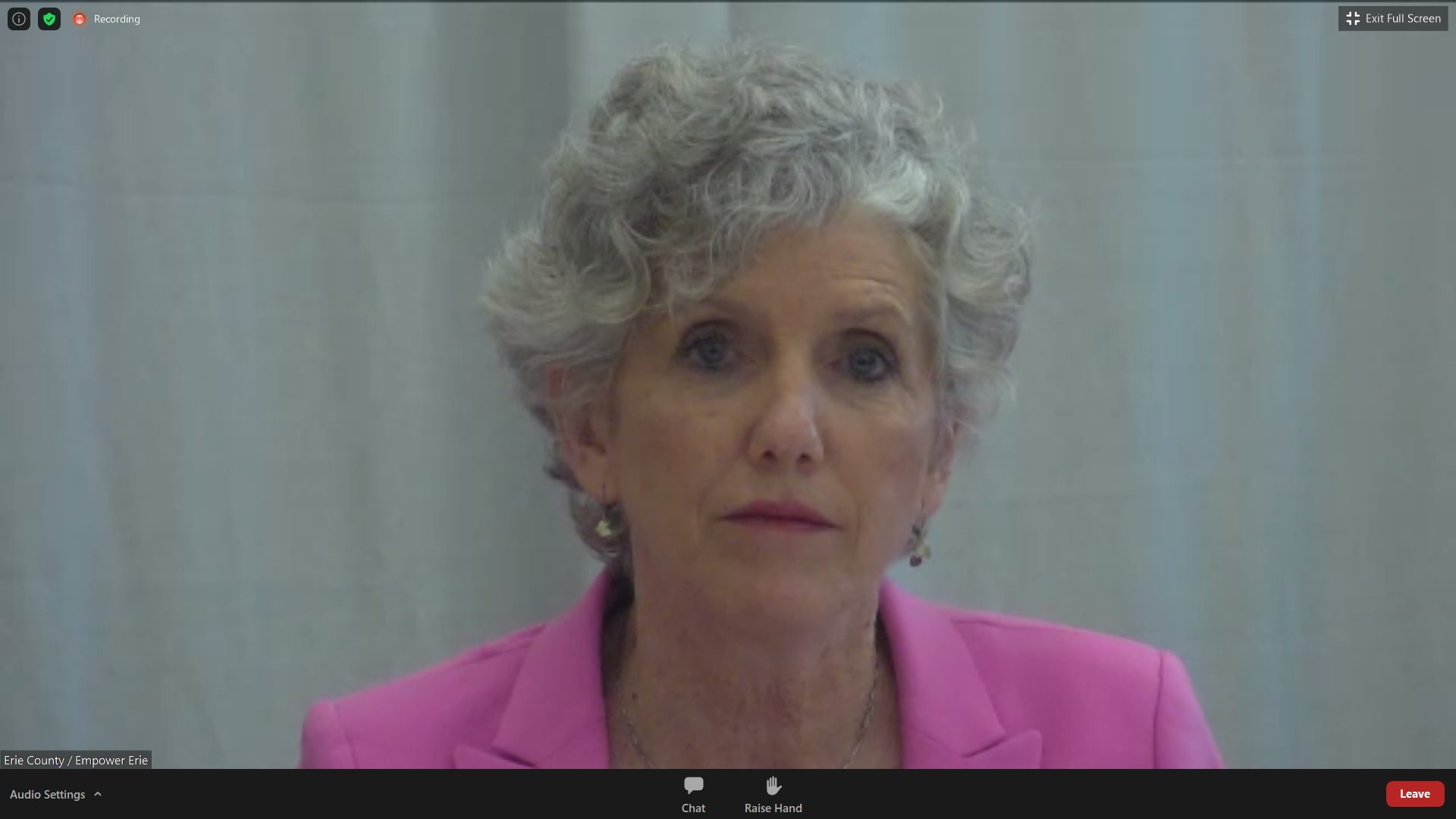 Erie County Executive Kathy Dahlkemper testifies during a virtual hearing of the state Board of Education on June 10, 2020. 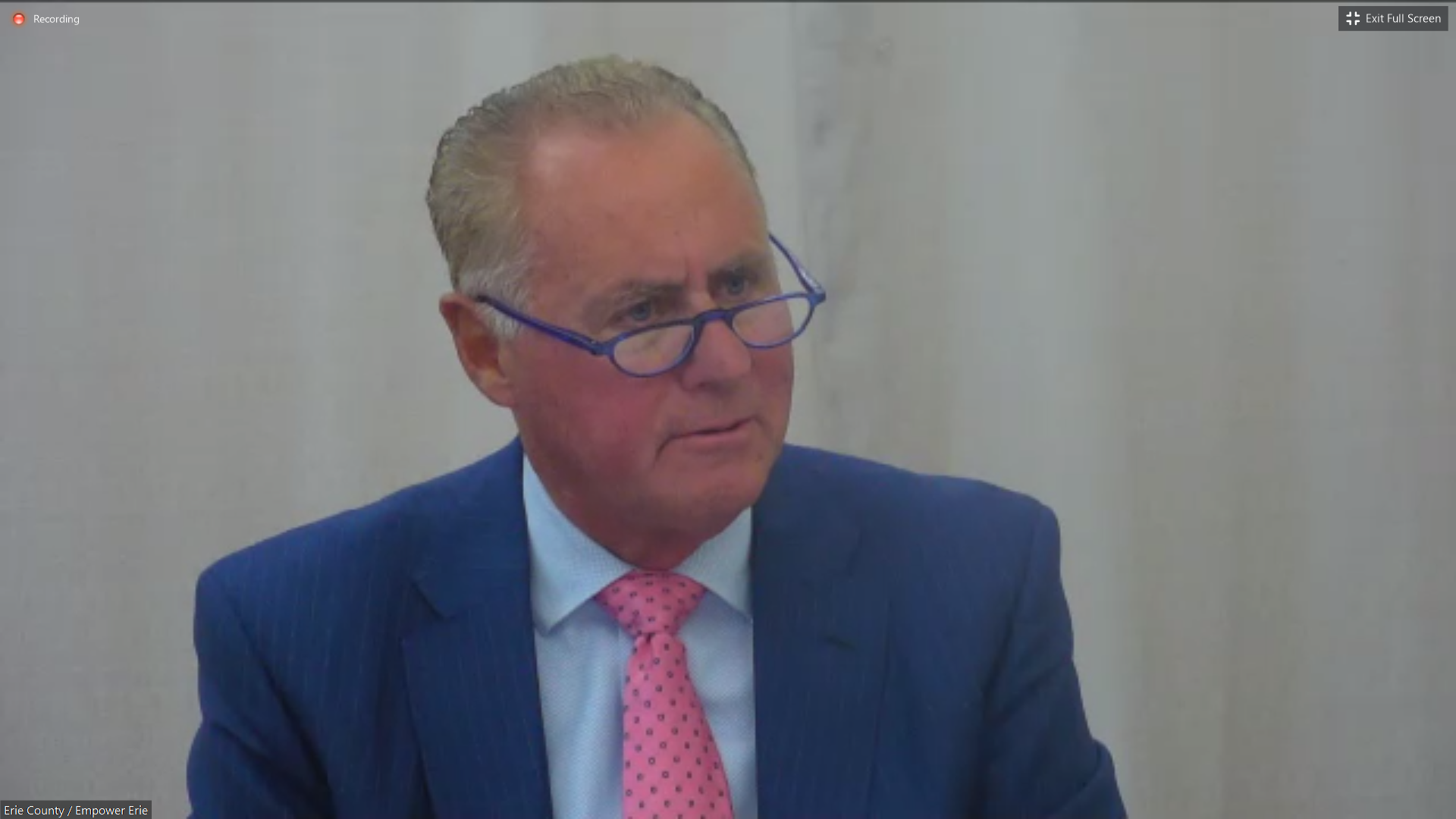 Attorney James J. Kutz speaks during a state Board of Education hearing held virtually on June 10, 2020. 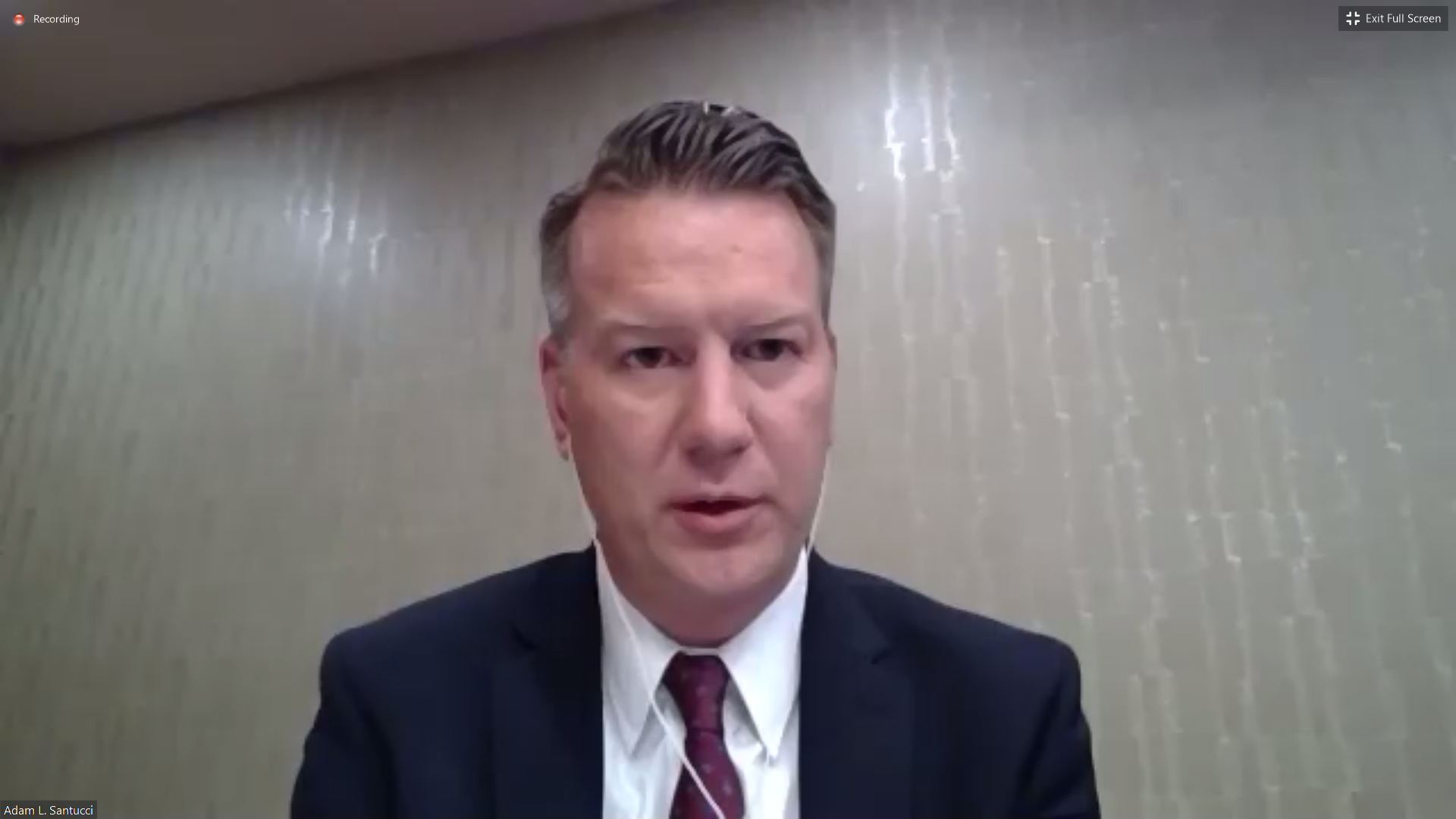 Attorney Adam L. Santucci speaks against Erie’s community college application during a virtual hearing of the state Board of Education on June 10, 2020.

Cross-examination is scheduled for Thursday beginning at 9 a.m. A vote is expected later in the day. Farmer White said the vote won’t be the final action of the board. She said it will consider a final order, which will include findings of fact and conclusions of law, at a future meeting.

The debate over the expert’s testimony was just the last step in the multi-year effort to create a standalone community college in Erie.

The issue has become a political battle between a group of Erie County leaders and the highest-ranking Republican lawmaker in the Pennsylvania Senate. A vote by the Board of Education might not resolve the issue, as official decisions can be appealed to Commonwealth Court.

The board last approved a new community college in 1993 for what is now called Penn Highlands Community College.Senate President Pro Tempore Joe Scarnati (R-Jefferson), who is retiring at the end of this term, has opposed the creation of a stand-alone community college in Erie, saying that it would jeopardize another educational entity: the Northern Pennsylvania Regional College, which Scarnati helped create a few years ago and which serves nine counties, including Erie.

Scarnati and the regional college both intervened in the case and were approved by the board to offer evidence.

Erie County and the nonprofit Empower Erie offered evidence and testimony in support of the application. Several people testified in favor of the community college: the county executive, a higher education consultant, a certified public accountant, the former president of a community college in Ohio, the head of the Erie Regional Chamber and Growth Partnership, the leader of the Erie County Community Foundation and a clergy leader.

“We’re talking about saving lives,” said Bishop Dwane Brock, who is the pastor of the Victory Christian Center of Erie. “I’ve buried too many young people who have died unnecessarily through drugs and guns, because they have felt they have no sense of hope.”

He said many in the community cannot afford the higher education institutions in the region.

Kathy Dahlkemper, the elected executive for county government, says the college is needed to help decrease poverty levels in the county. A little more than 15 percent of residents have income below the poverty level, according to the U.S. Census. Across Pennsylvania, the poverty rate is a little over 12 percent.

Statewide, 30.8 percent of Pennsylvania residents 25 and older have a bachelor’s degree or higher, compared to 27.7 percent for Erie County.

“And we also have an economy that has struggled for decades as we move from a very heavy manufacturing economy to a much more diverse economy,” she said.

Dahlkemper and other county leaders have worked for years to bring a community college to Erie.

Democratic Gov. Tom Wolf endorsed Erie’s community college plan in October. He said the community college would help meet the training and workforce development needs of businesses in northwest Pennsylvania, while also creating a path to jobs with family-sustaining wages.

The Pennsylvania Department of Education considered three criteria for approval, and it determined that Erie has enough potential students, enough wealth to sustain a community college, and too few higher learning institutions serving the area. But the state Board of Education members delayed action in November, and then the coronavirus pandemic led them to postpone a meeting in March.

The state would contribute $2.1 million to the community college in its first year, the department estimated. Supporters in Erie estimate that the school would also receive $2.1 million in funding for the first year from the Erie Community Foundation, plus another $1.3 million from the county’s share of gaming revenue.

The department’s report estimated that a full-time student taking 15 credits per semester could expect to pay about $3,500 in tuition and fees for one year (fall and spring), according to the department.

Santucci, an attorney for Scarnati, said the plan to use gaming revenue is an “attempt to hide the ball from taxpayers.” He said that money could instead be used to prevent county leaders from raising real estate taxes for its general operations. He also said that  revenue from a gambling is unreliable and that county leaders can’t control whether the casino someday shuts down.

“If that revenue stream is cut off and there’s no taxpayer support for a tax increase, where will that leave the college and those students who have been enrolled?” Santucci said.

Santucci’s witnesses were vice president for academic and student affairs at Northern Pennsylvania Regional College, Scarnati’s chief of staff who also serves on the board for the college, and a former community college leader. That last one caused the most conflict.

At the start of the hearing, the board rejected an expert report from James J. Linksz, saying attorneys didn’t file it in time. He previously served as an executive for the Pennsylvania Commission for Community Colleges and as president of Bucks County Community College. A few years ago, he opposed the creation of the Northern Pennsylvania Regional College but now he says the college adequately serves the area. He says adding a standalone Erie community college would be redundant.

Because the board rejected his report, Farmer White limited his testimony. She ruled in favor of multiple objections from an attorney representing Erie County and Empower Erie. State Sen. Wayne Langerholc Jr. (R-Cambria) said the board should be allowed to hear from Linksz.

“Is this board interested in gathering testimony and evidence?” Langerholc said. “…Why don’t we stop with the consistent objections and allow him to testify based on his experience?”

Board members will have the chance to ask questions of witnesses and attorneys on Thursday. One of the board members is state Rep. Curt Sonney, an Erie County Republican and chairman of the House Education Committee. He’s also raised concerns about creating a community college, saying in November that a partnership with the Northern Pennsylvania Regional College would be a better option.

Disclosure: The Erie Community Foundation, a financial supporter of the community college plan, is a PA Post funder. As part of our commitment to nonprofit, nonpartisan, fact-based journalism that does not permit donor or sponsor influence, we list all of our current year donors on the PA Post website.